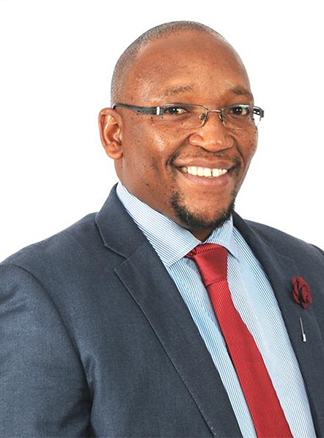 Note to Editors: The following speech on recent developments in the City of Johannesburg was delivered by DA Johannesburg Caucus Leader, Councillor Funzela Ngobeni at Nkululeko House in Bruma today.

A copy of the speech is attached here.

The briefing will take place outside the Wanneburg Clinic in the informal settlement of Makause near Primrose, Germiston, where the DA will present its policy alternatives in the run up to Executive Mayor Mondli Gungubele’s State of the City Address on Wednesday.

There will be ample opportunity for interviews and photographs. Members of the media are welcome to attend.

Project 1448, an initiative by the Department of Community Safety in Gauteng to root out police members with criminal records, was shut down as it was deemed unlawful.

This was revealed by Gauteng MEC for Community Safety, Sizakele Nkosi-Malobane, during a sitting of the Gauteng Legislature.

Currently there are 271 South African Police Service members in Gauteng who continue to perform active duty despite having been convicted of committing criminal offences.

Of these, 248 have been convicted of committing serious crimes.

This situation cannot be dealt with effectively if initiatives that are instituted to tackle such matters are flawed from the outset.

The MEC indicated that there are currently cases in court, and that the situation is beyond her control.

However, what is in her control is to call for closer scrutiny and background checks of SAPS recruits to ensure that the dedicated men and women in blue are not tarnished by nefarious characters.

The DA will continue to monitor these cases and ensure that those police officials who have convictions are removed from the system.
Media enquiries:
Michele Clarke MPL
DA Gauteng Spokesperson on Community Safety
060 558 8309

Apparently, the premier based his decision on cost concerns.

The DA is highly concerned over the Speaker’s support of the Premier’s decision, as Rule 37 of the Rules of Order designates the function of appointing special delegates to the Programming Committee and not the premier.

If the Premier was not available to lead the delegation, then somebody else could have led, especially as there are plenty of important human rights issues in Gauteng, including the matter of xenophobia.

It is foolish to suggest xenophobia was not a factor in the violent looting that occurred recently, as it is without question that the victims were predominantly people from abroad.

The victims too were entitled to human rights, and the riotous behaviour that occurred arose from a mind-set that foreign citizens are a legitimate target.

This can be described in one word: xenophobia. And this is a violation of human rights.

There is an obligation on national government and cabinet ministers to address this matter with all due seriousness, especially those of International Relations and Home Affairs.

And while national government dithers, Gauteng citizens bear the brunt.

Premier Makhura and the provincial government must do everything possible to prevent national government action or inaction from prejudicing the rights of Gauteng’s people.

Clearly premier Makhura is not prepared to challenge his national counterparts in an appropriate forum such as the National Council of Provinces.

By not debating on Thursday this province is missing an opportunity to hold national government to account for its failure to safeguard the rights of people in Gauteng.

This clearly shows that the ANC in Gauteng is not willing to fully defend our citizens in the face of their national colleagues: not on xenophobia and not on e-tolls.

To this end, the DA requested the Speaker to make the necessary arrangements to have this matter discussed in the Programming Committee and to obtain guidance from the Legislature’s legal advisors.

The DA condemns the deaths of seven people, including a one-year-old child during Saturday evening’s shooting in Crystal Park on the East Rand. The incident is alleged to be linked to warring illegal mining syndicates.

According to reports 15 suspects armed with what is believed to be stolen pistols and rifles are said to still be at large.

Illegal mining coupled with the illegal possession of firearms has seen a dramatic increase in violence during the past year.

While we welcome the investigation by police, the DA calls on Gauteng Police Commissioner Lesetja Mothiba to devise an “Illegal mining master plan” for a holistic approach to every aspect of this violent problem. Far too many innocent lives are lost due to illegal mining activities, and police are not suitably trained nor efficiently equipped to deal with this matter.

The urgent need for speedy police reaction to illegal mining cannot be ignored. The fact that 15 suspects – who are armed with illegal weapons – are still at large poses a great threat to society.

1789 patients wait for up to 18 months for a cataract operation at the St John’s Eye Clinic at the Chris Hani Baragwanath Hospital.

This was disclosed yesterday by Gauteng Health MEC Qedani Mahlangu in a reply to my questions at a sitting of the Gauteng Legislature.

The long waiting list has been worsened by 526 cataract operations that were cancelled or deferred last year.

According to Mahlangu, the cancellations were mostly due to patient factors such as ill-health or lack of consent, but I have heard many stories of cancellations due to equipment failure and staff shortage.

For instance, on 20 January this year, patients with scheduled operations were told to go home because machinery was not working.

It was also reported last year that there were 19 vacancies out of 40 positions.

The St John’s Eye Clinic has the longest waiting time for cataracts in Gauteng.

This is inhumane and an abuse of the elderly which should not be allowed to continue.

We need special measures to improve the situation there as soon as possible, such as the extension of operating hours over weekends, and a partnership with the private health sector.

I am disappointed that six months after the departure of Gauteng Health Department Head, Dr Hugh Gosnell in September last year, we still do not have a clear answer why he left.

In reply to my questions in the House this morning, Gauteng Health MEC Qedani Mahlangu said that there was a “frank discussion” and that they “separated amicably with no bad blood”.

Dr Gosnell left after only one year in office, which is very unusual, especially after the praise heaped on him when he was appointed.

I am also concerned that it took so long to advertise for a new head of department, which only took place in the press this past weekend.

This department desperately needs a permanent head with the expertise to decisively fix up the many problems which lead to poor service in Gauteng hospitals and clinics.

According to Mahlangu, Gosnell was paid R69 000 for outstanding leave, and the rest according to contractual obligation, which I estimate at more than R2 million for the remainder of his 3-year contract.

I hope that the new head is appointed as soon as possible and is able to restore confidence in the running of this department.

Gauteng MEC for Community Safety, Sizakele Nkosi-Malobane, refused to answer a question asking if she has instituted a policy of secrecy to hide issues relating to police officers and police facilities managed by her Department.

This followed an oral question I tabled in a sitting of the Gauteng Legislature to enquire why electricity bills were unpaid at an Ekurhuleni Metro Police station in Eislen Street, Daveyton, which lead to electricity being disconnected.

Police officers were instructed not to tell any members of the public, including opposition politicians, that electricity was disconnected at the station.

A whistle-blower brought this to the attention of the DA.

However, when asked about the instruction to hide this, and further asked if it is policy to hide problems, the MEC stated that she “can’t answer rumours”.

The MEC has already instituted a policy that Members of the Legislature may not undertake unannounced oversight visits to police stations – undermining the constitutional rights and obligations of elected public representatives.

The public have a right to know when their police service is dysfunctional as well as what is being done to address deficiencies in police.

The MECs attitude and refusal to answer, as well as her veil of secrecy approach is alarming.

Gauteng Premier David Makhura refuses to hold a referendum on e-tolls and wants people to continue to pay for this unfair and unjust system.

Today I asked the premier to explain the reasons behind his refusal to call for a referendum, despite the fact that it is the best democratic mechanism to gauge public sentiment on a particular issue.

The premier’s response was that a referendum is only used to resolve a stalemate, and not every public concern.

He added by saying that the matter is still receiving government’s full attention through the intergovernmental working group under the leadership of Deputy President Cyril Ramaphosa, and that a solution will be found.

The fact is Gauteng has long ago reached a stalemate on e-tolls and their implementation, which is clearly illustrated by motorists’ continued refusal to pay.

And now the ANC and Premier Makhura are insisting on implementing the panel’s recommendations in a desperate attempt to find a way to force people to pay through one stealth tax or another.

Mr Premier, e-tolls must be scrapped, and both you and the ANC know that if you call for a referendum, the people of Gauteng will tell you exactly that.

Give the power to the people, call a referendum on e-tolls, and let the people decide.

The DA in Gauteng welcomes Premier David Makhura’s announcement last week that the provincial government would embark on a land audit to assist the growth of emerging farmers in the province.

The DA proposed a land audit for the province in November 2014, which laid out what the Premier announced at the summit.

It is significant that the governing party has acknowledged that it is on the wrong track and has taken the DA’s proposal to heart, by putting to good use fallow government-owned land.

While it is critical to redress the imbalances of the past, simply handing over land will not automatically put emerging farmers on the path to prosperity. Government needs to provide the necessary technical, financial and commercial advice and mentorship – if necessary in partnership with organized agriculture – to ensure that beneficiaries develop their enterprises into commercially viable operations their own right

The success of emerging farmers is not only vital in ensuring food security, but also for correcting the stark disparities in land ownership.

A strong emerging farming sector would be a step towards breaking down the enduring racial inequalities and social exclusions experienced by the majority of our people.