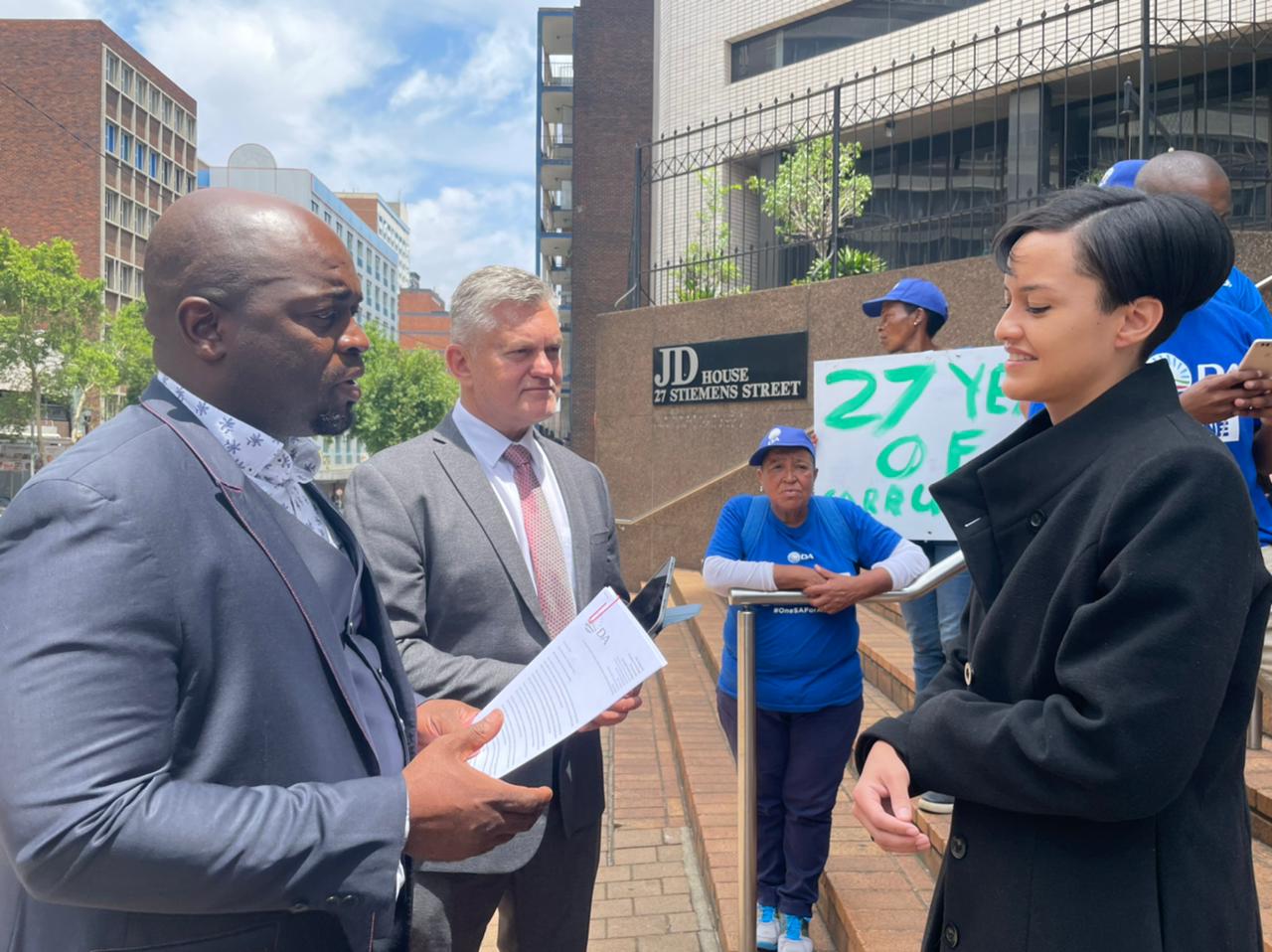 Today, Monday, 31 October 2022, the Official Leader of the Opposition in Gauteng, Solly Msimanga MPL, and the DA Gauteng Spokesperson for Infrastructure Development, Nico De Jager MPL, will be laying a complaint with the South African Human Rights Commission (SAHRC) in Braamfontein regarding the current water crisis in the province.

For many weeks our residents have been left with limited access to water and electricity. Rand Water has been calling on our residents to use water sparingly, yet during our recent oversight inspection of the pumping station and water reservoir in Eikenhof, we discovered that there is a water leak right outside their premises.

This is concerning as our residents are forced to collect water from water tankers which has already resulted in a 13-year-old boy being admitted to the hospital in critical condition after he was knocked over by a car while collecting water in Coronationville.

Access to water is a basic human right and this right is currently being infringed on by Rand Water which is throttling supply to various reservoirs and pumping stations in the province. This right should not become dangerous, and our residents pay for a service that they expect to be delivered without interruption.

Details of the event are as follows: