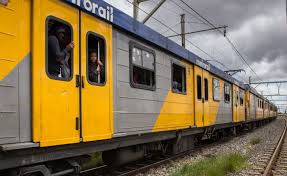 Rail commuters in Pretoria North were left stranded this morning due to the Passenger Railway Agency of South Africa (Prasa /Metrorail) trains not running.

The trains were resigned to their stations because Prasa did not pay their electricity bill resulting in Eskom cutting their power.

Commuters dependent on this crucial public transport daily were left in the lurch and forced to make alternate arrangements.

As a result, most of the commuters using rail on a daily basis had to arrive at work late or not at all if they were not able to afford alternatives.

The Mabopane-Pretoria, Saulsville-Pretoria and Pienaarspoort-Pretoria service has been affected by this move. One can only blame bad management on the side of Prasa for not settling their bill on time, or at least entering talks with Eskom to keep the electricity on.

Not only are commuters left stranded by the lack of electricity, but the Prasa infrastructure is also at risk. During the Covid-19 lockdown period Metrorail infrastructure was pillaged and each time the electricity is cut due to load-shedding or other events like credit control, a window of opportunity opens for criminals to steal electrical cables and other components.

Travelling by train is the most affordable mode of public transport available. This line not operating puts commuters in a precarious position, forcing them to fork out additional transport money that they can ill afford.

The DA proposes that Prasa should immediately make arrangements with Eskom to pay this debt as a matter of urgency so that the train line can become operational again.

Our rail system is a crucial cog in the public transport wheel for Gauteng. The DA wants to promote an expansion of rail services in the province so that more commuters can be moved effortlessly during peak hours on a safe and affordable transport mode.