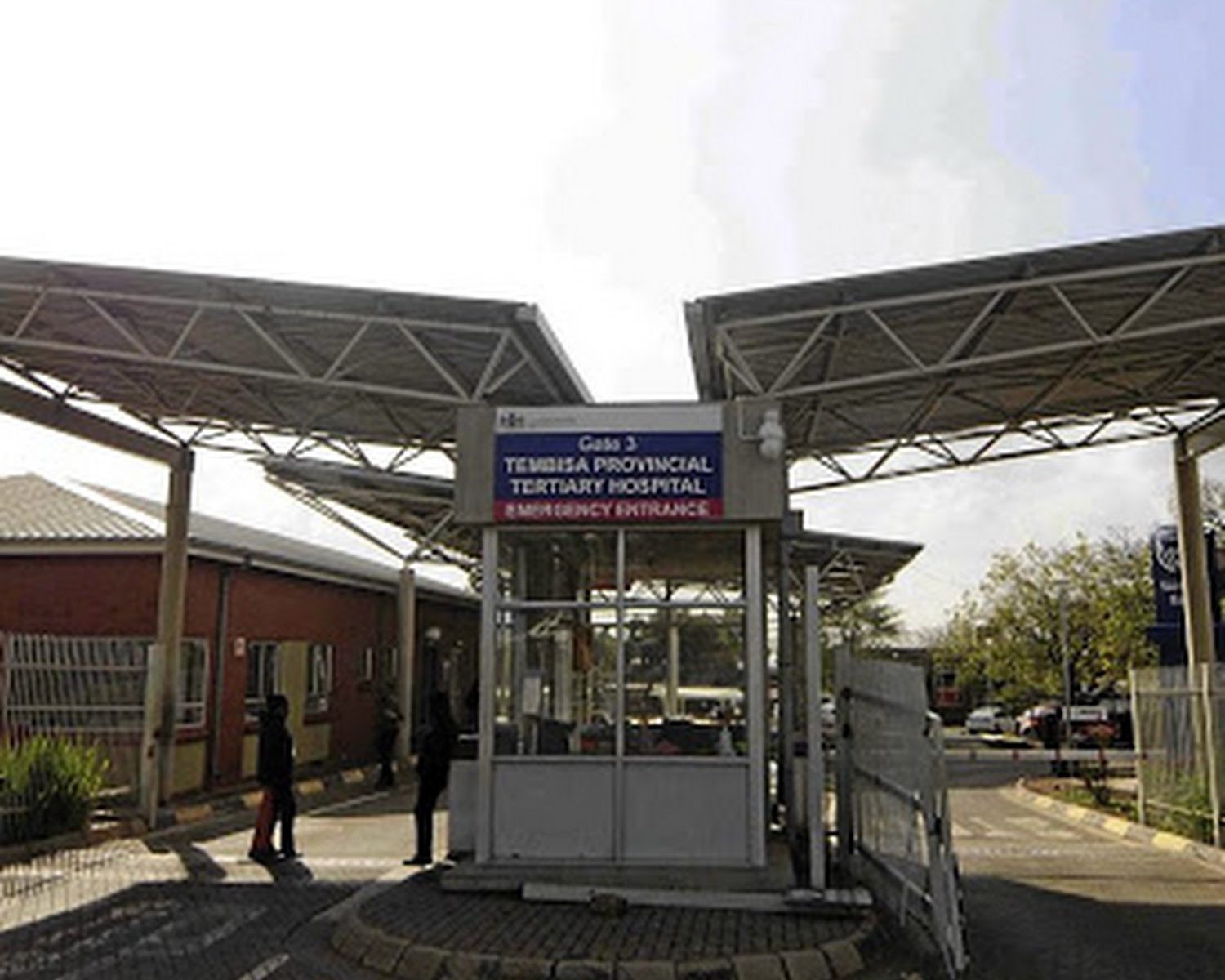 The Democratic Alliance deplores the deafening silence of the Gauteng Health Department concerning the News24 investigation that has exposed how corruption whistle-blower Babita Deokaran tried to stop fishy payments by Tembisa Hospital shortly before she was murdered.

According to emails and WhatsApp messages that were disclosed by News24 last week, Deokaran alerted Chief Financial Officer Lerato Madyo to a flood of payments by Tembisa Hospital to fishy companies.

She tried to stop payments of more than R100 million, but the CFO allegedly overrode her objections and approved them.

Some of the payments were to three companies headed by a senior ANC member Mr Sello Sekhokho, who is currently Treasurer-General of the ANC’s Ekurhuleni region. He was paid millions of rands for what appear to be grossly overpriced medical supplies.

The latest revelation is that according to the then Acting Head of Department Sibongile Zungu, the CFO never asked her for an investigation of the Tembisa Hospital payments.

This was despite Madyo informing Deokaran that she had requested the HOD to approve an investigation.

It looks like Madyo had a central role in the cover-up of a massive scandal that may be linked to Deokaran’s murder.

You would have thought that after Deokaran’s death the CFO and the department would pay attention to what she had warned about, but it appears not.

And now we have a deafening silence from the department to the disclosures about the dubious Tembisa Hospital payments that total R850 million.

Surely the CFO should be immediately suspended and a forensic probe done urgently.

This is why the DA has launched a petition to force the Department to take this action – see petition at  https://petitions.da.org.za/p/investigate-tembisa-hospitals-fishy-payments-now

It reminds me of the delayed reaction to the Life Esidimeni deaths when the then Health MEC Qedani Mahlangu was not fired immediately but allowed to stay in her job for more than four months until the Health Ombudsman’s devastating report.

Babita Deokaran died because she was trying to fix the department. We owe it to her memory to speedily investigate and hold accountable those who shamelessly steal money that is needed for a decent health service in this province. 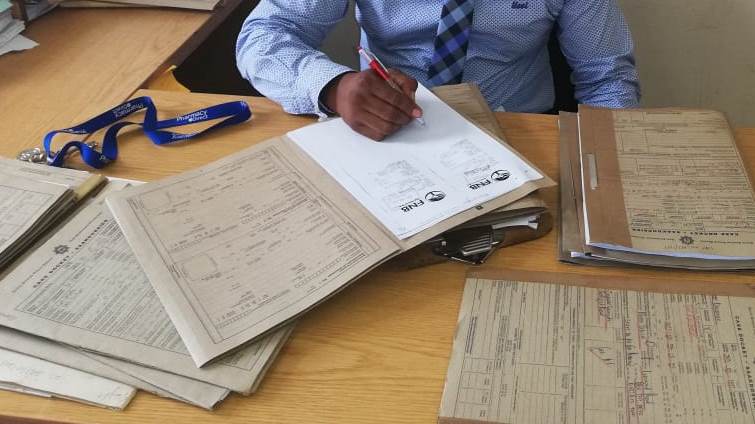 The Democratic Alliance(DA) is concerned over dockets at Sunnyside and Pretoria Central police stations that are at a high risk of being stolen or lost as detectives travelling with dockets between the two stations.

During an oversight inspection at Sunnyside SAPS as part of the DA’s 100-day #PoliceWatchCampaign to assess the state of the police stations in the province, we discovered that detectives from Pretoria Central had to be relocated to Sunnyside due to dilapidating infrastructure.

The detectives’ health is also endangered due to mould and an unbearable stench from the leaking sewer in the building.

This may have been a good interim solution, however, there is no adequate space for all these officials at Sunnyside SAPS.

Up to six detectives are sharing an office built to accommodate only two people.

Unfortunately, they could not move the filing cabinets from Pretoria Central to Sunnyside, so the detectives are forced to travel with dockets daily.

This is irresponsible and puts the officials lives at a high risk as dockets could be stolen from the officials’ vehicles.

Moreover, there are at least 10 detectives who do not have an allocated table to work on. The detectives take turns at the available desks to work while others sit in the passages and wait for a table.

This further adds pressure on the internet as there are not enough internet lines for all the computers. Sunnyside SAPS has no capacity to accommodate officials from Pretoria Central and this affects the workflow and service delivery.

The DA will write to the Gauteng MEC of Community Safety, Faith Mazibuko, to engage with the Department of Public Works to ensure that infrastructure-related issues at Pretoria Central SAPS are urgently fixed.

Detectives from Sunnyside, Pretoria Central SAPS not only need their dignity back, but they also require the cases they are working on to be secured.

The DA will continue putting pressure on the Department of Community Safety to fully support police stations for Gauteng residents to get adequate police services. 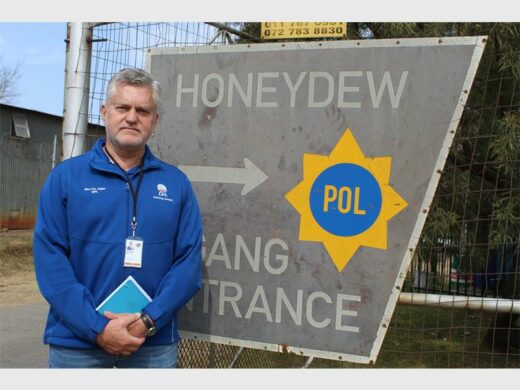 The shortage of patrol vehicles and a shortage of 151 staffers has highly impacted on services at Honeydew and Cosmo police stations.

Honeydew station will soon become two stations, but Cosmo is still working as a satellite station from a premise at Honeydew SAPS. Combined, these stations have 548 staff positions but there are only 397 members of staff effectively allocated to the two police stations, leaving the station with 151 vacancies.

During an oversight inspection as part of the DA’s 100-day #GautengPoliceWatch campaign, we discovered that the station only has 84 vehicles for visible policing, detective work, support services and crime prevention due to 23 cars being left in the provincial garage for repairs and 16 vehicles being boarded.

This means in terms of visible policing there are only 5 vehicles for 4 sectors to cover 108 km² when at least 3 vehicles per sector are required.

Crime in Cosmo and Zandspruit is very high and therefore they allocated 3, sometimes 4 patrol cars to work in Sector 4 Cosmo, leaving only 2 cars to patrol the other 3 sectors.

The severely under-resourced Honeydew SAPS is rated as the number 1 station affected by crime in the province merely because it is under-resourced and is carrying the workload of two stations.

The station is rated 12th for reported robberies, 18th for carjackings, 18th for contact crimes, and 2nd in the top 30 most affected stations nationally for community reported crimes.

Furthermore, while the two stations are in the process of being divided into two stations, Cosmo and Honeydew, telephone lines are dysfunctional, cells are not functional, and Cosmo still awaits a new generator before opening.

When arrests are made, suspects must be transferred to Randburg within an hour of the arrest being made.

Despite the station having had 1200 cases per month in 2018 and working in bad conditions, it has managed to reduce the crime rate to around 700 cases per month, but it remains in the top spot for serious crimes.

The DA will be writing to the MEC of Community Safety, Faith Mazibuko to ascertain when the department will provide adequate support to Honeydew SAPS and when the filling of vacancies will be fast-tracked and Cosmo SAPS opened.

Despite being only partially open, the Charlotte Maxeke Johannesburg Hospital has about 800 in-patients and thousands of out-patients, but the hospital switchboard has been broken for more than a week.

Anxious relatives can’t find out how their loved ones are doing, and patients cannot call departments for information and appointments.

It’s an outrageous situation, but the hospital has made no attempt to communicate with the public about what is being done to fix it.

This is one message I have received:

“Good morning to you Mr Bloom. Trust you are well. I am trying to phone Charlotte Maxeke switchboard. I want to get hold of the Oncology ward or doctor or somebody. My daughter as you know has cervical cancer stage 3 and has to undergo chemo then radiation. They told my daughter they would phone to advise when her first chemo session is. That was last week Thursday to date they have not communicated with her. This treatment must start ASAP we don’t want this to spread. Please could you advise me of a doctor’s name the quality assurance or somebody that I could speak to. No response from landline.”

With some difficulty I was able to get the alternative numbers.

But when I phoned the alternative switchboard number, I was told it was only for emergencies and calls could not be put through to other departments. And hardly anyone has been informed of these alternative numbers.

The real question is why is it so difficult to get the phones working at this major hospital?

I will continue to badger the Gauteng Health Department to upgrade switchboards in our hospitals as they perform a vital function.

The Democratic Alliance is calling for the immediate suspension of the Gauteng Health Department’s Chief Financial Officer Lerato Madyo over allegations that she authorised fishy payments flagged by Babita Deokaran shortly before she was murdered in an apparent hit.

According to a News24 special investigation, Deokaran was concerned about a flood of payments by Tembisa Hospital to fishy companies, including three companies headed by ANC big wig Sello Sekhokho, who is currently Treasurer-General of the ANC’s Ekurhuleni region.

Deokaran investigated thousands of suspicious purchase orders by the hospital for under R500 000, which is the amount below which the hospital CEO can sign off rather than going to public tender.

According to emails and WhatsApp messages in the possession of News24, Deokaran alerted Madyo on 17 August last year to payments of about R1 million to Sekhokho’s Keizan Projects company. She questioned why an events management company was supplying medical items to the hospital.

But Madyo allegedly instructed Deokaran to make the payments and to keep it secret after saying earlier in a WhatsApp message that she “hated dealing with politicians”.

Sekhohko is the sole director of two other companies which were flagged by Deokaran for selling medical equipment to Tembisa Hospital, apparently at grossly inflated prices.

The investigation by News24 indicates that the total fishy payments by Tembisa Hospital could be as high as R850 million, and Deokaran was concerned for her life after uncovering them.

But instead of a forensic investigation into Tembisa hospital, the Gauteng Health Department only did a randomised compliance audit which they said identified weaknesses in supply chain management that have been addressed.

Lerato Madyo was the acting CFO last year and was recently appointed as permanent CFO despite a poor record with late payments to suppliers.

The massive scandal uncovered by the News24 investigation needs to be thoroughly investigated. This requires the first step of suspending Madyo so that evidence will not be tampered with.

I will be asking questions in the Gauteng Legislature about an apparent cover-up of the Tembisa hospital payments, and what is being done to investigate their possible link to Deokaran’s murder.