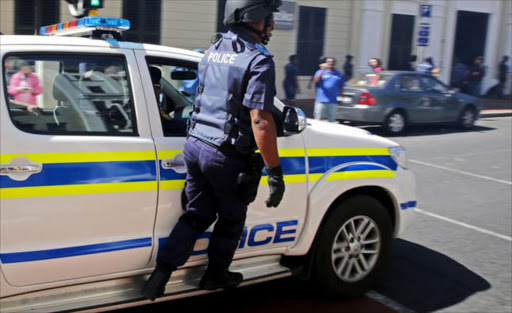 The lives and livelihoods of Garankuwa residents in Tshwane are under threat as Garankuwa police station officers are unable to respond swiftly to the 10111-emergency crime line due to continuous power outages at the police station.

The Garankuwa police station has been without electricity for several months, dating as far back as October 2021, when an allegedly the cables feeding electricity from an Eskom sub-station was severely damaged and stolen. This resulted in the police station, court and mortuary being left in the dark.

It is alleged that Eskom is refusing to repair this sub-station or restore the electricity connection to the police station, although electricity to the court and the mortuary was restored. This matter has been escalated to the provincial department for assistance and for urgent intervention but with no success.

This situation is affecting the police station’s operational services and putting the safety of residents and police officers who specifically work night shifts at risk. The ongoing electricity outage has resulted in the station not being able to connect its computers and therefore it also has no access to the 10111 helplines. This means, that the station cannot effectively respond to the calls received on this emergency helpline.

The DA has been informed that the station managed to obtain a generator to assist police officers to continue with their work, however, they are unable to purchase fuel for the generator and in some instances, they have had to purchase the fuel with their own personal funding, due to the lack of support from the provincial government to solve the matter.

Police officers are further forced to use their own personal cell phones as the only means of contact to get their job done as the phone lines are also disconnected due to the continuous outage. This is not fair towards any officer and not sustainable as these numbers are not public, and once again unreachable to the public.

There is a need for an urgent intervention to restore electricity and this simply cannot be delayed any further.

I have written to the SAPS Gauteng Provincial Commissioner, Lieutenant General Elias Mawela, MEC for Community Safety, Faith Mazibuko and the Head of Department for Community Safety requesting an urgent intervention to ensure that electricity is restored immediately and that the police station is restored to its full operations without any fear or prejudice to any of the local officers.  It is the responsibility of the SAPS to ensure that all its police stations are adequately equipped with all the basic necessary resources to ensure the safety of residents.

We will continue to engage the provincial government and monitor the situation to ensure that the electricity is restored as a matter of urgency.