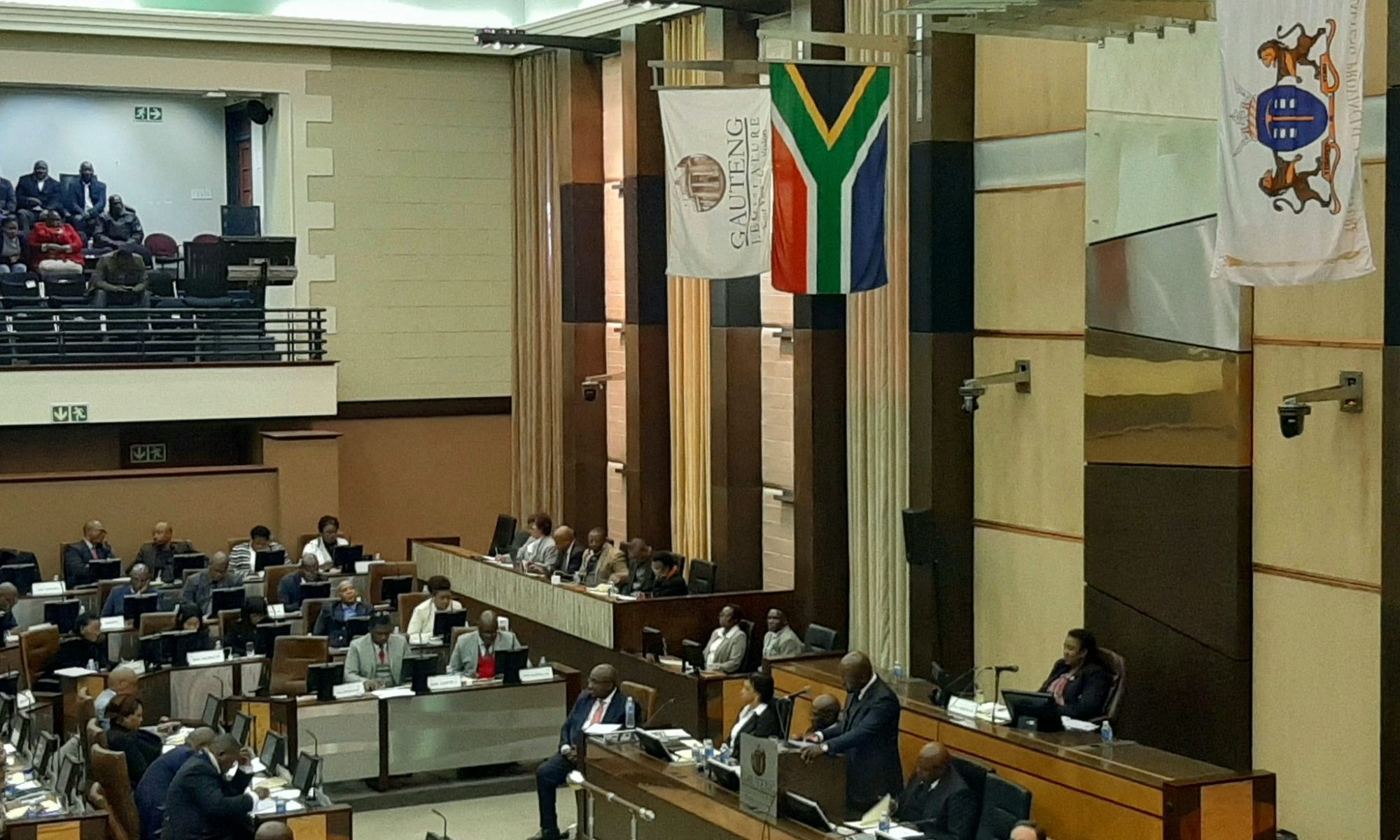 Let me start by congratulating all the learners who sat for the 2020 end of year examinations, and especially to the Matric learners. To all teachers who rejected the call to postpone the future of our children, we salute you, well done!

We are joining you in celebrating the outstanding performance of our learners, schools, districts, and the province during this difficult period of the national lockdown as a result of the Covid-19 pandemic.

Honourable Premier, when Covid-19 first hit the country, it created so many uncertainties, however, South Africans gave all their trust to politicians who are the leaders in government to guide them and manage the pandemic.

When the national lockdown was implemented in March last year, people had hoped that government was doing its absolute best to contain the virus and putting the nation’s interest first.  Little did they know that politicians were taking advantage of this pandemic to enrich themselves.

Honourable Premier, when you said there is no corruption in Gauteng, we almost believed you. Remember the first corruption allegations when Mr. Hamilton Mtshali bought luxurious vehicles which went viral on social media?

There were also claims that you were blessed with one of the best Jeep cars from Hamilton as a reward for offering him a big Personal Protective Equipment (PPEs) tender. You then corrected it and that was when the PPE tender scandals started to be exposed throughout the country.

Some politicians could not resist the temptation but continued to break the trust. It was difficult for the opposition politicians to conduct robust oversight and to hold the executive to account because of the lockdown regulations.

Many of these regulations did not even make sense or based on science, but South Africans were informed that it was part of government’s commitment to save lives.

Many people failed to bid farewell to their beloved ones. Interprovincial travel was prohibited.

Many have lost income as their companies could not conduct business as a result of the lockdown regulations. Many jobs were lost while some tenderpreneurs were busy at work. They were focused on looting the public coffers.

Real entrepreneurs lost out because they do not have the so-called good network with government. Unfortunately, the tenderprenuers are not creating employment opportunities but they are winning huge tenders.

It is appalling to learn that the learning and teaching technology deployed in our schools in this province does not match the 4th industrial revolution needs. The Gauteng Broadband Network (GBN) is not ready to connect anyone in this province.

Schools were closed as there were many organizations and parents advocating against the opening of schools during the pandemic. We are proud that the decision to continue with learning and teaching under difficult circumstances was taken.

We have managed to navigate, and even though while some of us supported this decision, others saw an opportunity to loot from the Gauteng Department of Education and other departments.

The Gauteng MEC for Education, Panyaza Lesufi told the members of the Education Portfolio Committee in the Gauteng Provincial Legislature (GPL) and the residents of this province that he will give each school R15 000 to disinfect all schools and that they had also received free disinfect services from Bidvest to ensure that all schools are safe and sanitized.

Little did we know that R431 million was up for grabs and many schools did not benefit from this money.

During my recent oversight inspections to different schools across the province, these schools were shocked to learn about R431 million that has been spent on sanitizing schools while they only received R15 000, and some were rendered the free services by Bidvest.

Corruption denies our poor people opportunities. As a province we will never win a fight against corruption until there are consequences.

Enough with more investigations and hiding of the reports like many forensic audits which are kept inside the locked office shelves.

Who is taking responsibility and who is being held accountable for all these corruption cases?

Certain officials will tell us that the term of office is five years and there will be a change of leadership. Are we witnessing officials revolting against the current administration knowing that it is your last term?

We have seen ongoing irregular expenditures worth billions of rand. Every year, the Auditor-General will make findings, but still remains the government’s challenge to date.

On the other hand, our provincial department consistently underspends on its allocated budget yet there are no consequences while communities are denied quality services they deserve.

As we speak now, there are so many learners who are sitting at home who have not been allocated schools.

The department has failed to effectively use the online admission system to plan for more intake in high demanding areas.

The ANC-led Gauteng administration claims that they prioritize poor people and the working class while the children of those parents are sitting at home unplaced as they cannot afford independent schools.

This is clearly widening the inequality and poverty gap in this province. There is no definite answer as of when these unplaced learners will be allocated schools.

I have sent so many emails to MEC Lesufi yet there is no solution as to why these children are being subjected to such traumatic situations.

These learners are losing contact lessons and are now forced to join those who have dropped out of the system.

While provincial government has returned billions of rand to the Treasury due to under expenditure, many schools across the province are in dire need of adequate infrastructure including eradicating asbestos schools.

For example, Diepsloot Secondary Schools does not have a fence, the school has been vandalized and valuable equipment stolen during the school holidays. This school has again achieved 100% pass rate and you promised to build a brick and mortar school but to date there are still using mobile classrooms.

Many schools have been burgled and vandalized several times, yet there are no measures being put in place to secure and safeguard the schools. There is no effective school safety strategy.

Government has failed to build new schools in areas where there are new developments as well as to eradicate asbestos schools, yet they continue to underspend on infrastructure budget with billions of rand.

The percentage of learners who started grade 1 in 2009 and wrote the final exams in 2020 and passed is 58.68%.  This is worrying and there is a need for an urgent intervention to address learner dropouts in the province.

The introduction of schools of specialization is a great initiative, however the pace in which these schools are being built or transformed is slow.

The same day when the State of the Province Address (SOPA) was delivered, Stats SA also released unemployment statistics. Education must respond to the unemployment challenge; however, the main focus is on tenderpreneurs instead of entrepreneurs.

Commitment to publish evaluation reports of all grades was made last year. When will this start? We are tired of empty promises. Honourable Premier, your SOPA failed to deal with unplaced learners.

In all these years, you have exposed yourself as a Premier who never took accountability for the provincial government as a whole only your office, but your party always talk about collective leadership.

The constitutional role of the provincial government has not been upheld, corruption has taken the centre stage because you have never actively set the example for your cabinet and senior officials to follow, which makes it even more obvious that you are not fit to continue governing this province.