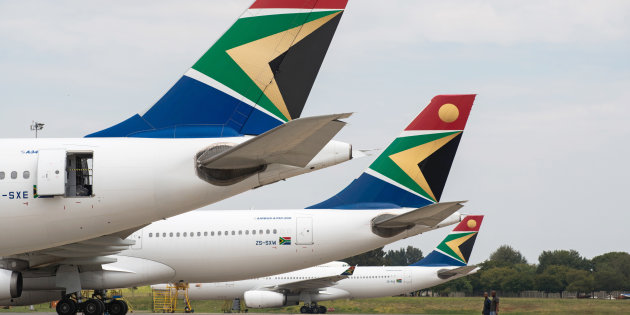 In a written response to my question, Gordhan states that “[c]orruption in procurement is a major problem in both SAA and SA Express”, adding that procurement of some commodities from middlemen inflates costs by 150 – 200%.

Gordhan not-so-reassuringly claims that this fraudulent practice will be stopped entirely soon. But it raises the question: why has this corruption in procurement been allowed to continue despite the appointment of a new CEO and reconfigured Board?

It is outrageous that the ANC government is supporting yet another R5 billion bailout for SAA precisely as this procurement corruption is continuing unabated.

Only last week, SAA CEO Vuyani Jarana admitted that the struggling airline had already spent R3 billion of this bailout on paying arrears, meaning that these very middlemen are being paid even though Parliament has not yet considered or approved the bailout.

Gordhan’s board reshuffle and bailout strategy has not rooted out corruption and inefficiencies at SAA. The only solution is to place SAA under business rescue, where corrupt contracts with dodgy middlemen can be terminated immediately.

South African Airways (SAA) CEO, Vuyani Jarana, has reportedly admitted that the struggling airline has already spent R3 billion of the R5 billion bailout before Parliament has even considered such a bailout.

The R3 billion was reportedly spent on paying arrears. The R5 billion bailout for SAA is contained in a Special Appropriations Bill and Parliament may yet reject this bill in which case SAA would not be allocated the money and would have to pay the R5 billion or any part thereof that has been prematurely paid to it back into the National Revenue Fund.

I will therefore write an urgent letter to the Minister requesting confirmation on whether this R5 billion bailout has already been paid to SAA. If this is the case and it is clear that either Tito Mboweni or National Treasury has acted outside of the law, there will have to be consequences for those involved.

SAA requires a total of R21.7 billion to turn it around according to its management. Money, which could be used to provide desperately needed police resources in our crime-ridden communities, assist in teaching and school resources and speed up service delivery.

The DA reiterates the call that SAA be placed under business rescue with a view of selling the zombie state-owned entity.

The national carrier has long been a black hole that is draining our fiscus and effectively stealing from the poor. 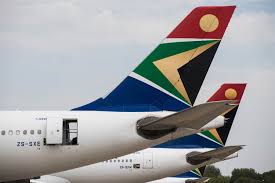 The DA welcomes reports that the CEO of South African Airways (SAA), Vuyani Jarana, has committed to finding a “strategic equity partner” for the struggling airline.

The DA was alarmed when, in May of this year, reports surfaced of a “commitment letter” from National Treasury which suggested that government was to provide R21,7 billion to the ailing parastatal.

Although we hope that reports are true and SAA’s current CEO does not renege on this latest commitment, we do have our doubts about whether or not SAA will succeed in its search for an equity partner after recording losses of R5,67 billion in the 2017/18 financial year.

With massive state guarantees and frequent multi-billion rand bailouts, SAA and dysfunctional state-owned entities (SOEs) like it pose a significant threat to the financial stability of the country.

Any solution that addresses this risk and sets SAA on the path to recovery must be welcomed. Indeed, South Africa needs a re-evaluation of all SOEs and restructuring SAA may serve as a model for other parastatals. 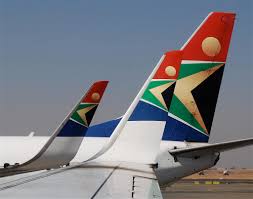 The National Treasury Director General (DG), Dondo Mogajane, stated emphatically in parliament that the funding for SAA would not come from government or taxpayers.

However, the existence of a “commitment letter” has emerged which, according to the SAA CEO, Vuyani Jarana, contains a commitment by National Treasury to “inject capital”. This seems to indicate that government will provide the required funding of R 21,7 billion to SAA.

It has been reported that, it is through this “commitment letter to inject capital” provided by National Treasury to SAA, that has made it possible to persuade banks to lend SAA R 5,0 billion.

The “commitment letter” seems to constitute some sort of ‘guarantee of the guarantee’.

There is a question as to whether Cabinet is aware of the “commitment letter”, exactly what the contents of the letter are and what the implications for the national budget are?

The DA finds it incomprehensible that the hard-won steps towards saving SAA can be so recklessly undermined by the proposal to move the embattled airline from the Finance ministry to the Transport Ministry– a ministry that has so fouled up the e-toll saga.
What makes such a proposal even worse is the news that disgraced Dudu Myeni has been appointed as a “special” advisor to Transport Minister, Joe Maswanganyi, a close ally of President Jacob Zuma. Despite any rules that may preclude her from interfering in SAA affairs, Ms Myeni will likely ignore these and meddle in the affairs of the airline.
The DA will now write to all South African banks that are owed the R13.8 billion guaranteed by the poor people of South Africa. We will request that they immediately inform Finance Minister, Malusi Gigaba, that they will recall their loans to SAA with immediate effect should the proposal to move SAA away from National Treasury be effected and if there is any pressure put on the SAA board and CEO to run the airline as anything but a commercial enterprise.
Given the mess that SAA has become under the “rule” of Myeni, she surely must be ranked as the most unsuitable person to appoint as an aviation advisor.
The removal of Myeni from the SAA board, the appointment of a new board (including an aviation expert) and, most importantly, the appointment of experienced executives like Vuyani Jarana and Peter Davies signalled the start of a process to attempt to save SAA and most of the more than 10 000 jobs. This would be in vain if the airline is once again treated as a cadre enrichment vehicle and moved back under the influence of corporate warlord Dudu Myeni.
South African banks must ensure that SAA is run on purely commercial lines. They cannot allow SAA to once again become Myeni’s plaything as poor South Africans will suffer the effects of billions of rands in losses as vital services will be forfeited in order to fund the failing airline.

Finance Minister, Malusi Gigaba, committed in his 14 point plan to appoint the SAA CEO by 31 July 2017. This was a key ‘action item’ in the plan and a condition imposed by some of SAA’s lenders.
Gigaba assured the country on numerous occasions that Mr Vuyani Jarana had been appointed as the CEO:
• On 3 August 2017, he said that ‘Vuyani Jarana has been appointed South African Airways Chief Executive Officer. He will commence his duties after his current employer has officially released him;’
• The next day, he said that ‘I think it is appropriate to start with an announcement that I am sure you all have heard that we have appointed the CEO of SAA yesterday;’ and
• On 25 August 2017, he said that ‘The good thing is that there is a new CEO who has been appointed. We are paying close attention to strengthening the board of SAA and appointing the requisite skills on the board.’
These assurances seem to have been contradicted by SAA Board Chair, Dudu Myeni, on 23 August 2017 when she informed Parliament’s Standing Committee on Public Accounts (SCOPA) that she did not have a date for when Jarana would take up the CEO position. Myeni told SCOPA that ‘He has accepted the offer’ and that ‘We are hoping that he will start on the first of September.’
It is quite astounding that the SAA Board Chair does not seem to have knowledge of any signed contract which leads us to believe that Mr Jarana may not have signed the contract yet.
The CEO’s appointment is important because if the CEO is not appointed, this could result in a default that would require all remaining R14.6 billion of bank loans to be repaid immediately.
SAA has not had a permanent CEO for more than two years and has run at massive losses amounting to R6.1 billion during that period. It is critical that a permanent CEO be put in place to take control and implement robust cost-cutting and revenue improvement measures.

The DA welcomes the appointment of Mr Vuyani Jarana as the CEO of SAA. Mr Jarana has an impressive record in business and we wish him well at SAA.
SAA presents challenges much bigger than Mr Jarana has ever faced before. The only way to save SAA will largely depend on Mr Jarana being given a free hand to take the robust action that is required in order to ruthlessly cut the bloated cost structure that is dragging the airline into liquidation.
At the parliamentary meeting with SAA tomorrow we will ask the hard questions about the current bankrupt state of the airline and what the remuneration package and performance requirements for Mr Jarana are.