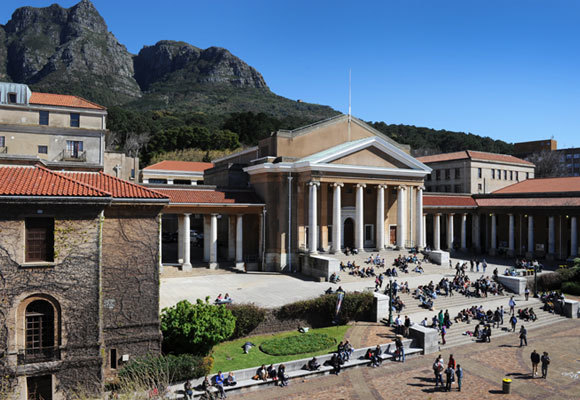 The statement, and the claim by Professor Nattrass that the University actually tried to prevent publication of the paper, are both indications that the University is prepared to ignore the Constitution and, particularly, the Bill of Rights and that it has clearly entered into the business of censorship.

After works of art were burned by students, and then censored by the University during the Fees Must Fall protests at UCT, we might have been forgiven for thinking that these were aberrations on the part of the University in extremely troubled times.

But now we find that the management of UCT, prompted by a pressure group on campus, is entering into the details of academic research papers, and what they do or don’t say, their methodology and their research questions.

Even more shockingly, if true, we hear that the University may have tried to stop an academic journal from publishing a paper on spurious grounds. This is not the job of University management.

By entering into the details of the academic realm, we need to ask whether the interests of other pressure groups on campus might also have to be taken into account in due course?

Would a scientist working on evolution be required to censor their research, have their methodology questioned and have their research questions examined, because the work has offended fundamentalist Christians?

Would a biologist working on gene modification be censored because the findings might offend activists in that field?

UCT perhaps does not realise the can of worms it has opened by failing to defend a researcher. The management of a University has no business doing this and UCT must bring this to a close immediately.

According to the Bill of Rights: “Everyone has the right to freedom of expression, which includes a) freedom of the press and other media; b) freedom to receive or impart information or ideas; c) freedom of artistic creativity; and d) academic freedom and freedom of scientific research”.

It is the job of each University to defend these rights rather than to abrogate them. This is particularly true in a society with an ever-more invasive state and government. There are members of the ANC who make no secret of their hostility to the notion of academic freedom, and all Universities would do well to take note of this, and start to protect rather than attack their own academics.

The rights of Professor Nattrass were severely undermined by the university when they condemned her research to be flawed and used Twitter to hang her out to dry in public, allegedly due to pressure by the Black Academic Caucus (BAC) and student activists at UCT.

What is also shocking is how our biggest Sunday newspaper, the Sunday Times, jumped on the lynch mob bandwagon today, calling Professor Nattrass its “mampara of the week”.

The only mamparas as far as this matter is concerned, are the University of Cape Town, the Sunday Times and all other keyboard activists who perpetuate a culture that undermines free thinking and academic freedom.

President Jacob Zuma has held on to the Fees Commission Report for too long. In fact, he has held onto it for more than 50 days now, while students and institutions of higher learning are forced to hold their breath.
The DA has therefore written to the Chairperson of the Portfolio Committee on Higher Education and Training, Connie September, to request that she compels the President or his representative, by means of a subpoena, to produce the Report of the Commission of Enquiry into University Fees to members of the Portfolio Committee as a matter of urgency.
In this regard, the Chairperson is empowered by Section 56 of the Constitution which states that “the National Assembly or any of its committees may summon any person to appear before it to give evidence on oath or affirmation, or to produce documents”.
The delay of the release of this report has far-reaching consequences. Universities are unable to plan the 2018 academic year without knowing what their income will be. Students and their families are equally frustrated by Zuma’s reluctance to release the report as it affects their futures.
Today, the Democratic Alliance Students Organisation and students from the University of Cape Town will march on Parliament to demand the release of the report.
It is vital that the South African public sees this report urgently, as it is bound to contain important recommendations about fee increases. Universities have to set next year’s fees, and Zuma’s inaction will badly affect students who still do not know whether they will be able to afford to go to university and improve their lives.

The DA will today write to University of Cape Town Vice-Chancellor, Dr Max Price, and Chairperson of Council of the University of Cape Town (UCT), Dr Sipho Pityana, to request that the University immediately unban the 75 or so artworks that have been removed from public display or covered up in the past year.
We also expect Price and Pityana to clarify the exact details of which artworks are on the “banning” list, and to name the 23 works of art that were destroyed through burning in February 2016.
The Groundup publication has provided a provisional listing of the banned artworks, and if this list is correct it vividly brings to life the sinister actions of the University. Some of South Africa’s most significant artists are included in the list, including Breyten Breytenbach, Christo Coetzee, Steven Cohen, Mia Couvaras, Pieter Hugo, Vusi Khumalo, Lucky Sibiya, Pippa Skotnes, Irma Stern and Sue Williamson.
Breytenbach yesterday spoke out against his works being banned in a scathing open letter.
Banning an artwork is just as bad as taking a book from a library and burning it. Such actions prevent students from critically engaging with arts and literature.
It is difficult to comprehend that one of our leading Universities, known for its commitment to openness and free speech, and dedicated to the support and curation of the creations of many of South Africa’s best artists, should have indulged this kind of censorship, akin to the censorship and banning of literature, film, theatre and art by the apartheid government.
It is entirely unsurprising that the great photographer David Goldblatt has decided that his priceless collection will no longer be housed by UCT. A shutdown of academic debate and artistic discourse is clearly afoot at UCT.
The DA urges the University to reverse the decisions of the Orwellian “Artworks Task Team” and to restore these works to their rightful place in the University’s buildings.