Today, Heather Sonn, Acting Chairperson of Steinhoff International Holdings N.V., announced that section of the resolution relating to the additional remuneration of certain independent directors had been deleted ahead of the Annual General Meeting on 20 April 2018.

However, this is simply a tactical retreat because the proposal for additional remuneration has not been withdrawn and will be referred to the new Supervisory Board, which will be appointed at the Annual General Meeting of Steinhoff International Holdings N.V. on 20 April 2018.

That the proposal to increase the remuneration of certain independent directors, who seem to have been asleep at the wheel during what may turn out to be the biggest corporate scandal in the history of this country, was made at all, was a spectacular failure of judgment.

The fact is the remuneration proposals are grotesque and should have been withdrawn completely. 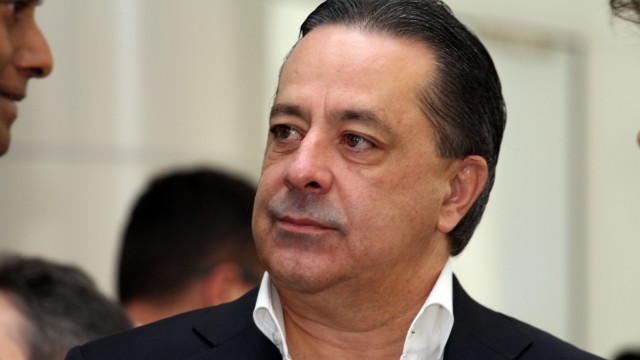 The appearance of Steinhoff executives before the Standing Committee on Finance (SCOF) on Wednesday, 28 March 2018, is an opportunity for Parliament to seek clarity on the proposed financial rewards for Steinhoff board members Heather Sonn, Johan van Zyl and Steve Booysen.
It is simply reckless that the same individuals who were running the company when financial reports were apparently manipulated are now being “rewarded” for fixing the mess they created. The Steinhoff board is under a moral obligation to minimise financial losses to investors, not least of which are the pensioners and members of the Government Employees Pension Fund (GEPF).
The DA will write to the PIC, as a Steinhoff shareholder, to request that they not only hold the Steinhoff board and executives to account but to refuse the obscene financial rewards that have apparently been proposed.
Steinhoff executives have failed to show real remorse on the financial damage that the accounting scandal has inflicted on the pensions of ordinary government employees. No one personifies this defiance than former Steinhoff CEO, Markus Jooste, who will most likely ignore the invitation to appear before the SCOF and other parliamentary committees.
Should Markus Jooste fail to appear before the SCOF on the 28th of March 2018, the DA will request that the SCOF summon him to appear before it.
There are literally millions of South Africans who have been affected by the collapse of Steinhoff and all the relevant persons must be held to account. There is a definite role for the SCOF to play in the process of ensuring that the regulatory regime has not failed Steinhoff investors.

Note to Editors: A copy of a press release from the Dutch Authority for the Financial Markets on their investigation into Deloitte Accountants B.V. into the audit of the financial statements of Steinhoff International Holdings N.V. can be found here.

Today, I was informed by Mr Martijn Duffels, Senior Supervision Officer, Audit & Reporting, that the Dutch Authority for the Financial Markets (AFM) have decided to launch an investigation into the role of Deloitte Accountants B.V. in the audit of the financial statements of Steinhoff International Holdings N.V.

This follows my request on 07 December 2017 for the regulators in three jurisdictions, including the Dutch Authority for the Financial Markets (Netherlands), the Auditor Oversight Body (Germany) and the Independent Regulatory Board of Auditors (South Africa), to investigate the role of Deloitte Accountants B.V. in in the audit of the financial statements of Steinhoff International Holdings N.V.

We need to know whether Deloitte Accountants B.V. turned a blind eye to accounting irregularities at Steinhoff International N.V.