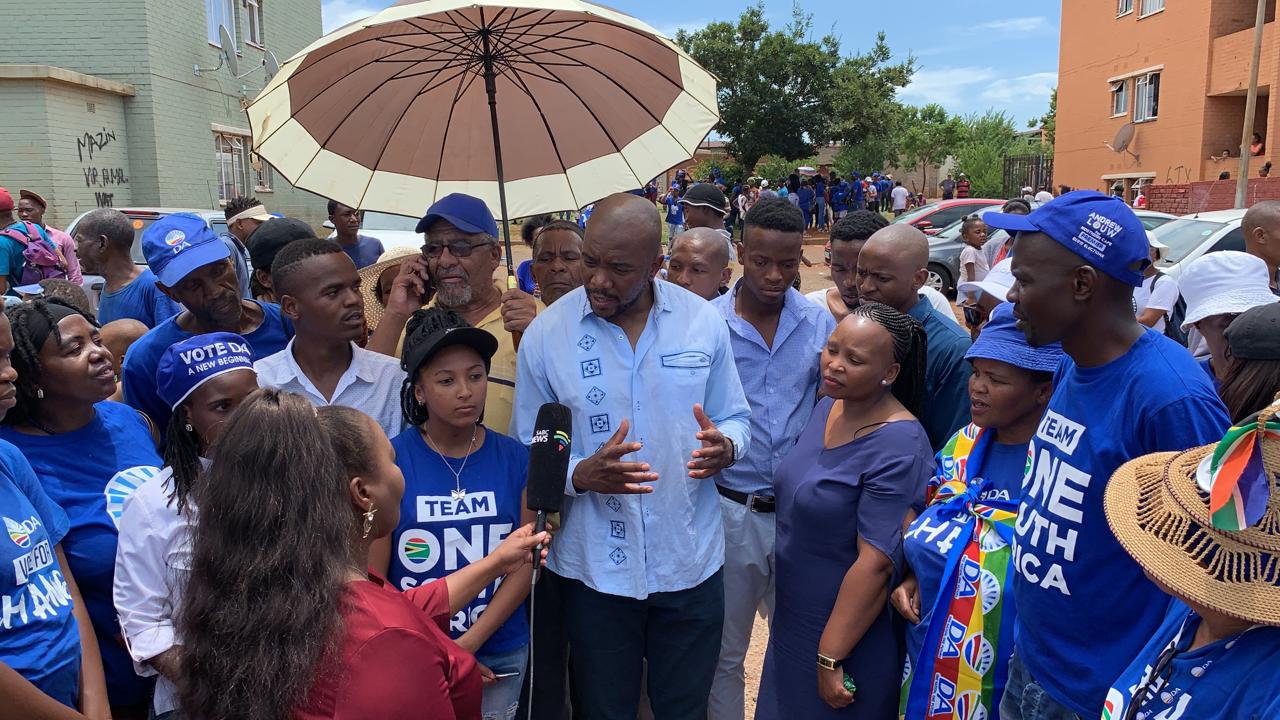 Reconciliation Day is a day on which we celebrate our unity as a nation. We remember our history, and we reflect on the path we have already travelled towards a more just society.

But we must ask ourselves today: How quickly are we reconciling as a nation, and are we even still moving in the right direction? Because at times it feels like we are drifting further apart from each other.

We’ve already dealt with structural racism through legislation, but we must now deal with our attitudes towards each other. We must find better ways of listening to and hearing each other. True reconciliation is only possible through proper dialogue, and this is crucial if we want to work together to fix our country.

There are many things we can do to build a society that is more fair and equal. There are many ways we can unlock economic opportunities for people and bridge the historic divides that still lie between us.

One such thing is ensuring that young people get a foot on the jobs ladder by offering them internships, apprenticeships and the chance to do a year of national civilian service. Another is fixing our broken education system. And yet another important intervention is sustainable land reform.

I know that most South Africans want these things, and there are many men and women in our country who are committed to building an inclusive and unified society. But not everyone is working towards this goal, and these are the people we must watch out for.

Our political landscape is full of fake revolutionaries who merely pretend to care about poverty and disempowerment. Dishonest politicians who exploit the real frustrations and hardships of people for their own power and wealth.

They create the illusion that they stand on the side of the poor. Some of them will even go as far as wearing the overalls of the working class or the uniforms of domestic workers as part of this illusion, but these are just props and costumes for their act.

Here in South Africa, both the ANC and the EFF fall into this category. There’s a word for such people. We call them populists, and they prey on vulnerable people’s desperation. They make promises that sound too good to be true, because they are too good to be true. They have no intention of ever fulfilling these promises.

They will say whatever they think people want to hear in order to get their votes. They will use language and names that sound progressive, while robbing their own people blind.

They speak of Radical Economic Transformation, while they really mean Radical Wealth Accumulation.

They speak of Black Economic Empowerment, while they really mean ANC Crony Enrichment.

And they speak of Land Reform and Land Restitution, while they really mean state control and ownership of all land, including the land owned by poor South Africans.

Fellow South Africans, we all know that land is a very important and emotive issue in South Africa, and rightly so. For centuries, the majority of our people were denied the right to not only live where they wanted to live, but to own their own land, and to pass this land on to their children. Justice and redress demands that we correct this, and that we do so quickly.

But in the hands of the populists, it simply becomes a tool for dividing people and whipping up anger. When both the EFF and ANC talk about land reform, their only goal is to create a divide – an enemy – and then exploit the issue for votes.

There is only one party in South Africa that has been fighting for real, sustainable land reform, and that party is the DA.

Forget about the slogans for a moment and consider the facts. Since 2009 the DA has handed over more than 100,000 title deeds in the Western Cape alone. That’s over a hundred thousand Western Cape families that now own their property.

In the past four years the Western Cape’s DA government has supported 357 land reform projects. The province boasts an agricultural land reform success rate of over 60%, while elsewhere in South Africa only 10% of these projects succeed. That’s what I mean when I say sustainable land reform.

And the DA has done all of this within the framework of the Constitution. It was never necessary to break our Constitution – that was all just part of the ANC and EFF’s populist campaign.

But if you really want to get an idea of what the DA has done for land reform and restitution, then you need to speak to the individuals and communities we have been fighting for. And we have some of those people here with us today.

People like David Rakgase, who has been leasing his Limpopo farm from the government since 1991, and has been battling to become the owner for the past two decades.

Mr Rakgase has exhausted every possible route to become a land-owner, and the ANC has blocked him at every turn. But last year the DA took up his fight, and we have brought his case all the way to the State Attorney. We will not rest until he has the title deed to his farm in his hands.

Or you can ask the people of Gwatyu in the Eastern Cape. We have representatives of their Communal Property Association with us today. Their efforts these past two years to have ownership of 42 000 hectares of Gwatyu farms transferred from the government to the Gwatyu CPA have been blocked time and time again.

Last month Minister Nkoana-Mashabane missed the deadline to hand over the report into the land rights enquiry to the Gwatyu community. If she doesn’t comply and hand over the report, the DA will not hesitate to take legal action to compel her to act.

That is why I say: Beware of those who use land as a rallying cry and who want to amend our Constitution. They’re not doing this to make any of you property owners. They are doing so to take control of all South Africans’ property, whether black or white, rich or poor.

And while they are doing so, the DA continues to fight for real land reform. On this site here, Mayor Mashaba has decided to take rental property which had fallen into disrepair over years of ANC neglect, and to fix them up and hand them over with full title to those who have occupied the flats for a specific period of time.

While the ANC threatens to take away people’s property rights, the DA continues to make people property owners.

While the ANC and the EFF use land as a cheap political tool, the DA is committed to putting title deeds to both urban and agricultural land in the hands of the people.

Because that’s how you empower people and give them a foot in the door of the economy. That’s how you build an inclusive, prosperous South Africa.

Our country’s Day of Reconciliation affords us all an opportunity to reflect on the progress we’ve made in our journey towards a united, non-racial and prosperous nation 23 years after the dawn of democracy. As we take stock of where we are as a country, we must recommit to work together in building a society in which our differences do not tear us apart, but instead bring us together as South Africans.
The vision for a reconciled South Africa is rooted in the text of our Constitution, calling on us all to “Heal the divisions of the past and establish a society based on democratic values, social justice and fundamental human rights”. It is the DA’s mission to do all we can to make this vision a reality.
On this Reconciliation Day, we must be resolute in our fight against racism, against injustice, and against inequality. Part of building a reconciled nation rests on ensuring that we bridge the gap between the haves and have-nots, the insiders and the outsiders, and that we root out corruption which steals from our people.
We acknowledge the material inequalities still prevalent in society, which threaten to derail our reconciliation project. That is why where we are in government, the DA is committed to fixing the wrongs of the past by creating opportunities for all, levelling the playing field, rooting out corruption, and delivering quality services to all – especially the poor.
We must call out those who relentlessly point out our differences in a sinister attempt to drive our people apart. We will not stand back while a small minority seek to divide us for political and personal gain. The majority of South Africans are committed to the project of reconciliation, and we will continuously work to ensure that our country’s motto of Unity in Diversity becomes a reality, as we build a non-sexist, non-racial and united country for all people.
It is for this reason a new coalition is needed based on a set of shared values. We need political parties to build a new coalition in 2019 based on the values of constitutionalism, non racialism, the rule of law, and zero tolerance for corruption. It is in that we find our common mission and identity – that South Africa should belong to all who call it home.
On behalf of the DA, I would like wish all South Africans a reflective Day of Reconciliation, where we recommit ourselves to building unity for a better South Africa.