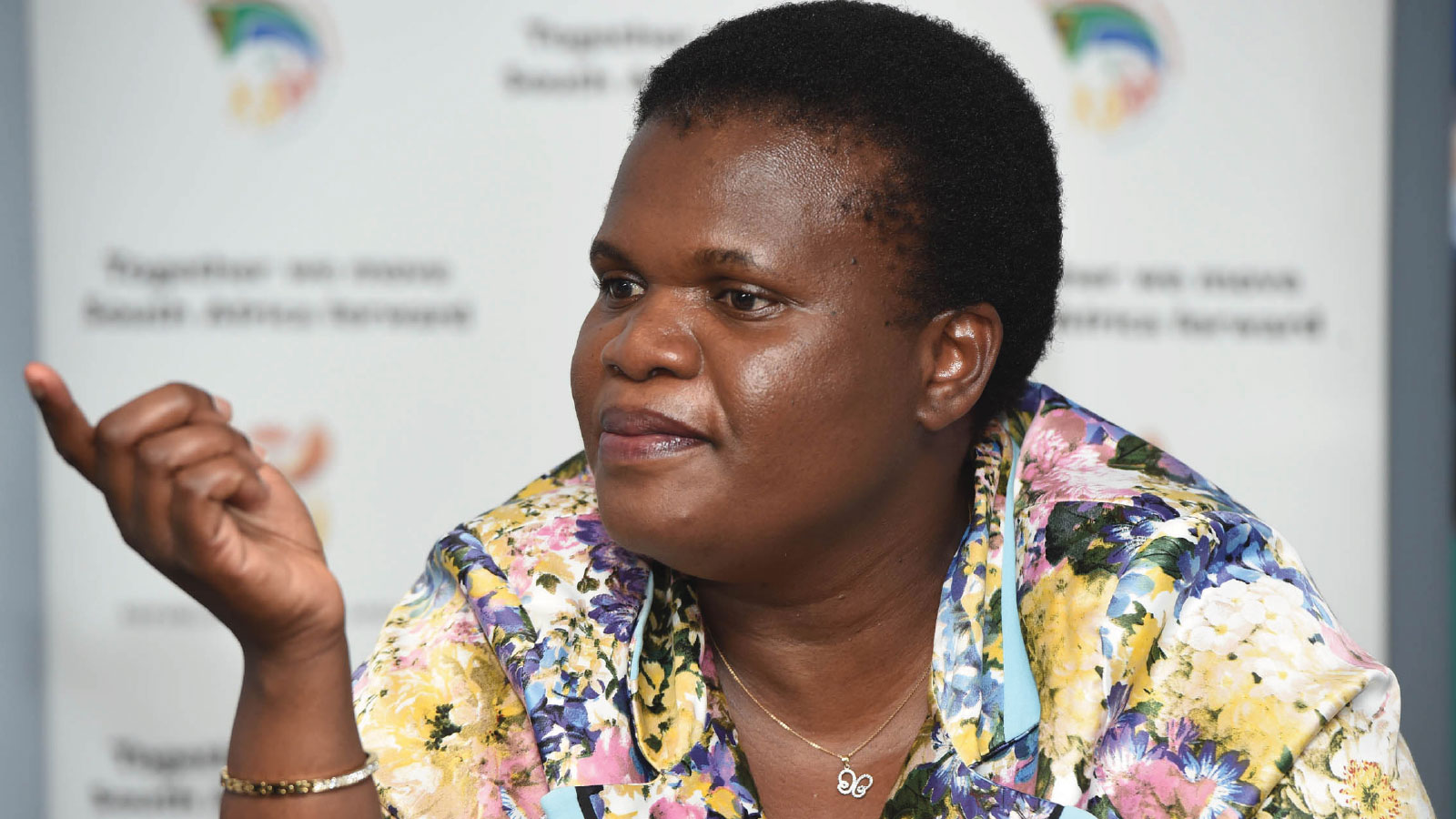 The DA welcomes the decision taken by the Public Service Commission’s (PSC) to launch an investigation into possible abuse of office by the Minister of Public Service and Administration, Faith Muthambi.

On 2 February 2018, we wrote to the PSC asking that an investigation be conducted to test allegations that Minister Muthambi had expanded her private office to 40 people, some of whom include family and friends.

The PSC is mandated to investigate personnel practices in the Public service in terms of section 196 (4)(f)(i) of the constitution. The allegations against Muthambi are such that she may have violated the Ministerial handbook; which only makes provision for 10 appointees in the Ministers’ private office.

For far too long, Minister Muthambi has ‘got away with murder’ in her brazen attempt to turn the Ministry into an employment agency for the politically connected few. Money that could have been better spent creating a more accessible Public Service, was diverted to hire excess food aides, drivers and administration assistants.

Minister Muthambi’s behaviour has been enabled by an ineffectual leader of government business, Cyril Ramaphosa, who has turned a blind eye while the rot festered.

The DA looks forward to a timely conclusion of this investigation and appropriate sanction that would reign in Minister Muthambi’s abuse of office to please the politically connected few.

The Democratic Alliance has written to the Public Service Commission (PSC) asking that they launch an investigation into possible abuse of office by the Minister of Public Service and Administration, Faith Muthambi.

This follows allegations that her private office has grown to 40 people, some of which include friends and family. Among these controversial appointments are Cliff Bopape who was hired as a ‘protocol officer’ while Jack Matlala former Limpopo MPLs became her speechwriter with an two spokespersons allegedly in her office.

Worse still, she has been accused of purging her department, most notably her former Director General Mashwahle Diphofa.

The allegations facing Minister Muthambi are serious and a direct contravention of the Ministerial Handbook which mandates her to only have 10 appointments in her private office.

The PSC, as the statutory body empowered to investigate personnel practices the public service, must take urgent steps to test the veracity of these allegations. South Africans need full disclosure on who is hired to work in Minister Muthambi’s office, their role and the number of staff members thereof.

It is not enough for the PSC to take her on her word that the allegations against her are not true. A formal inquiry must be instituted to ensure that these supposed acts of impropriety are investigated.

The DA is confident that the PSC will accede to our request and the allegations against Muthambi are investigated in transparent manner without fear or favor.

The DA welcomes the decision by the Public Service Commission (PSC) to investigate our complaint about the delay in the finalisation of the disciplinary process against suspended Head of Crime Intelligence, Richard Mdluli, and the reasons for the continued precautionary suspension.
Mduli’s suspension has been drawn out for more than six years now and Police Minister, Fikile Mbalula, has not provided any meaningful updates on the progress of the disciplinary process to date. This is completely unacceptable and the decision by the PSC to investigate the DA’s complaint is therefore all the more imperative.
Worse yet, it was just last week that a reply to a DA Parliamentary Question revealed that ‘couch potato’ Mdluli netted R8.3 million between 8 May 2011 and 30 April 2017 for being homebound while on suspension and thus while in no way helping combat crime in South Africa. It is unconscionable that this lucrative amount included a “service bonus” of more than R400 000.
Mdluli’s disciplinary proceedings have dragged on for way too long and do not represent an efficient public service administration. The DA hopes the PSC investigation will assist the South African Police Service (SAPS) in urgently speeding up and finalising its disciplinary process so that no more public money is flagrantly squandered.
Ordinary police officers face a chronic lack of resources to fight crime on a daily basis yet millions of rands of the public purse have been wasted on paying one highly connected individual, who was not fit for his job from the outset, to do absolutely nothing. This is simply not good enough.
The DA looks forward to being kept abreast of developments by the PSC regarding its investigation into the matter.

Yesterday, a reply to a DA Parliamentary Question revealed that between 8 May 2011 and 30 April 2017, suspended Head of Crime Intelligence, Richard Mdluli, raked in about R8.3 million for being a ‘couch potato’.
Mdluli’s suspension has dragged on for over six years now and Police Minister, Fikile Mbalula, has not delivered any useful updates on the status of the disciplinary process to date. His most recent reply only states that “an internal disciplinary process has been initiated, functionaries have been appointed and the process is under way.”
This is simply not good enough.
The DA will therefore lay a complaint about the progress of the disciplinary process with the Public Services Commission (PSC), calling on them to investigate the matter. The PSC is empowered by section 196(4)(b) of the Constitution to investigate, monitor and evaluate the organisation and administration of the public service and of personnel practices of the public service.
Mdluli’s disciplinary proceedings have been drawn out for far too long and are in no way reflective of an effective administration of the public service. The process must be urgently expedited so that no more public money is flagrantly wasted.
South Africans are terrified to leave their homes and walk the streets of our country. Yet an indefensible amount of the police budget has been squandered on ‘couch potato’ Mdluli who was unfit from the outset.
It is crucial that Mbalula provide measurable information on the progress of the disciplinary progress and that he ensure this matter is brought to an end urgently.