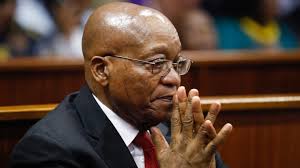 The DA welcomes the decision by the Presidency and the State Attorney to abide by the Court’s decision on whether Mr Zuma should be held personally liable for these fees or not.

In March, we filed papers with the North Gauteng High Court, requesting that an agreement between Mr Zuma and the state to pay his costs be set aside, as we have long held that the state should never have agreed to foot the bill for Mr Zuma’s legal fees.

The charges against Zuma related to alleged crimes committed by Mr Zuma in his private capacity and not in his capacity as MEC, Deputy President or President of the Republic.

We now hope that the legal proceedings against Mr Zuma will finally go ahead without any further unnecessary delays.  The resolution of this case will speed up the resumption of the criminal case.

Public coffers should not be bled dry to cover the legal fees of one man’s actions, these commitments by the Presidency are a victory for democracy and accountability.

The DA has today filed papers with the North Gauteng High Court asking the court to declare that the agreement between the Presidency and Jacob Zuma, to cover the legal costs incurred by him for his criminal prosecution be reviewed, declared invalid and set aside.
We are further asking that the court order that the R15.3 million already spent on the litigation be refunded.
We base this on the fact that the State Attorney Act refers specifically to covering legal costs due to actions committed while an employee of the State and in the course of duty. Not one of the charges against Zuma relates to his actions committed when he was an MEC, Deputy President or President.
Therefore, it is our view that Zuma must payback the R15.3 million already spent in litigation that has stretched over the better part of a decade in which Zuma did his utmost to avoid his day in court, at the public’s expense.
He should not be given a single cent more for criminal trial which is yet to begin. These expenses must be covered by Zuma personally.
The DA looks forward to confirmation of the trial date where Zuma will finally face the 783 counts of corruption, fraud, racketeering and money-laundering against him.
Zuma has already cost our country dearly. All money spent thus far for his delaying tactics must be recovered and South Africans should not have to pay a single cent towards defending him in the criminal case.

The Democratic Alliance (DA) welcomes the eventual decision by President Jacob Zuma, after all his efforts to delay have failed, to appoint a Commission of Inquiry into State Capture, as per the Public Protector’s State of Capture Report. Zuma deserves no credit for this decision. His hand has been forced, as he knew he had no further avenue for delay.

As the initial complainant in the State of Capture report, we will closely monitor the Commission over the next 180 days. So as to not inhibit the ability of the Commission to uncover the full extent of State Capture in South Africa, its Terms of Reference must be framed as broadly as possible to include the following:

Moreover, we call on all South Africans who have any evidence of State Capture and corruption in government to bring this information to light, in order for the Commission to conduct a thorough investigation and bring the truth into the light. Parliament must be equipped to deal with all national policies that have allowed State Capture to take root, and the Commission’s findings must be tabled before Parliament on completion.

We will not allow this Commission to be another whitewash that absolves all politically connected individuals from accountability, and where appropriate, prison. It must be properly staffed, fully funded and free from any and all political inference.

Lastly, this announcement does not let Jacob Zuma off the hook. Less than one month ago, the North Gauteng High Court rejected President Zuma’s baseless review of the Public Protector’s State of Capture report and its recommendations, and ordered him to personally pay back his legal costs. The Court unanimously found that Zuma’s conduct in trying to block the release of the State of Capture report was an “abuse of judicial process” and an attempt to “stymie the fulfilment of a constitutional obligation by the Office of the Public Protector”. He must be held accountable for such conduct.

Corruption robs our people of opportunity, and thus the Commission’s work is critical in advancing freedom for our people. The Commission is a step towards ridding the country of corruption, and must do its work without delay.

The DA is satisfied with yesterday’s court proceedings in the North Gauteng High Court in the review of Mr Brian Molefe’s inexplicable reappointment to Eskom as Group Chief Executive Officer (GCEO).
From the proceedings yesterday it became abundantly clear that Mr Molefe did indeed resign as the GCEO of the power utility and that his insistence that he remained an employee is simply unsustainable.
His resignation at the end of 2016 was acknowledged by both Public Enterprises Minister, Lynne Brown, and the then Eskom Board. He himself said that he was “stepping down”. Following his resignation, Eskom proceeded to advertise the post of GCEO, and to short-list applicants. Eskom would hardly do so if it imagined that Mr Molefe had not resigned. Mr Molefe went on to get another job – as an honourable Member of Parliament. Finally, following Molefe’s return to the power utility, Eskom announced that he was reinstated as GCEO, therefore confirming that he had in fact resigned.
Molefe’s insistence that his return to Eskom was not a reinstatement but a continuation of his contract is a mockery of the public’s intelligence and a waste of the time of the courts.
All the facts point to Mr Molefe’s contract with Eskom having ceased, meaning that he is not entitled to be reappointed, nor is he entitled to extravagant pension benefits, whether R11 million or more. Indeed, the actions of the Eskom Pension Fund Administrators, in approving Mr Molefe’s pension entitlement, without even checking his age, do not reflect well on them.
Brian Molefe was heavily implicated in the Public Protector’s ‘State of Capture’ report and played a leading role in the disintegration of Eskom. His return would be disastrous, as he seems to be deeply embedded in the Guptas’ pockets.
The DA trusts that the court will ensure he does not be entitled to return to Eskom. We will continue to fight for our state-owned enterprises to be led by effective leaders who have the best interest of the public at heart, not those of a corrupt few.

The DA notes that our request for Parliament to initiate proceedings to remove the Public Protector, Adv. Busisiwe Mkhwebane, in terms of Section 194 of the Constitution, has been tabled and referred to the Portfolio Committee on Justice and Correctional Services for consideration.
We now call on the Minister of Finance, Malusi Gigaba, and the Governor of the South African Reserve Bank (SARB), Lesetja Kganyago, to appear before the committee to detail their objections to the Public Protector’s deeply flawed ABSA/Bankorp report.
An affidavit filed by Gigaba, in the North Gauteng High Court this week, describes the report as “manifestly lacking in logic” and notes that Mkhwebane “reached conclusions of fact and law without any proper appreciation and sound analysis of the documents that were before her.” Kganyago previously noted, in the SARB court application to have the report’s recommendations set aside, that “[t]he only explanation that the Public Protector has offered for her clearly unlawful conduct exposes her own lack of competency.”
The DA contends that the conduct of Adv. Mkhwebane over the past ten months has demonstrated that she is not fit to occupy the important position of Public Protector. Her conduct includes but is certainly not limited to:

Indeed, the North Gauteng High Court found, on 15 August 2017, that the Public protector had “unconstitutionally and irrationally” intruded on Parliament’s exclusive authority and that she had gone about crafting her recommendations in the ABSA/Bankorp report in a “procedurally unfair” manner.
The DA was the only party that opposed Mkhwebane’s appointment as Public Protector. We hope that this time around the ANC and other opposition parties will listen carefully to our reasons for having her removed.

The Democratic Alliance notes with interest the judgement handed down in the North Gauteng High Court this morning.
We elected to take a legal route in order to compel President Jacob Zuma to comply with Public Protector’s remedial action as outlined in the Constitutional Court judgment in the Nkandla matter.
On a number of occasions, including before the National Assembly, President Zuma has stated that he will establish a Commission of Inquiry. To date, he has not done so.
President Zuma has a long history of delaying processes, especially in cases of accountability.
This matter has not been dismissed but has in fact been held back pending the outcome of the President’s review application, which will be heard at the end of October, where we will also be in court to continue this fight for accountability.
We will study the judgement in full and continue this fight until all individuals and organisations implicated in State Capture are held accountable.

Note to editors: Please find the attached sound bites in English and Afrikaans
The DA welcomes the decision by the North Gauteng High Court to set aside Public Protector, Busisiwe Mkhwebane’s, remedial action which called for the South African Reserve Bank (SARB) to amend its constitutional mandate.
Despite initially defending her recommendations, Mkhwebane later admitted that she had overstepped the boundaries of her power as Public Protector and withdrew her application against SARB.
The DA concurs with Judge John Murphy’s view that she could tarnish her already tattered reputation by adopting a procedurally flawed approach to matters presented to her. We have long held that Mkhwebane may not be the best candidate for Public Protector and she has already shown she does not understand her mandate.

The DA appeared in the North Gauteng High Court this morning to seek to have an agreement forged between ourselves, Mr Molefe, Eskom and the EFF made an order of court.
In terms of this agreement:

We are not sure when the proceedings at Labour Court will begin but are preparing papers to apply to intervene as we are clearly an interested party.

The Democratic Alliance’s application to review Mr Brian Molefe’s inexplicable reappointment to Eskom as Group Chief Executive Officer, will proceed, even if Mr Molefe’s latest Labour Court urgent application succeeds.
An order will be taken in the North Gauteng High Court tomorrow, by agreement, that Mr Molefe will not attend at the Eskom head office, or at any of the Eskom sites, for the purposes of performing any duties, subject to the completion of Mr Molefe’s Labour Court matter, where after our review application will be set down for hearing. We intend to intervene in the Labour Court proceedings at once.
Mr Molefe’s Labour Court case is based on the belief that his reappointment to Eskom on 11 May 2017 was a rational decision for the Eskom Board to make, but the DA contends that it was certainly not.
We view Mr Molefe’s urgent Labour Court action as nothing more than desperation. No doubt Mr Molefe’s cronies at Saxonwold were very unhappy that their man-in-Eskom is on his way out.
After damning allegations of Gupta capture, evidence of reckless governance and clear political agendas, we believe Mr Molefe is entirely inappropriate to serve as GCEO of Eskom. His return to Eskom was irrational and it flew in the face of good governance at the power utility.
The DA believes that South Africa deserves better than the cohort of pliable senior officials, installed by Jacob Zuma’s ANC, to plunder our state-owned entities for their own selfish gain, at public expense.