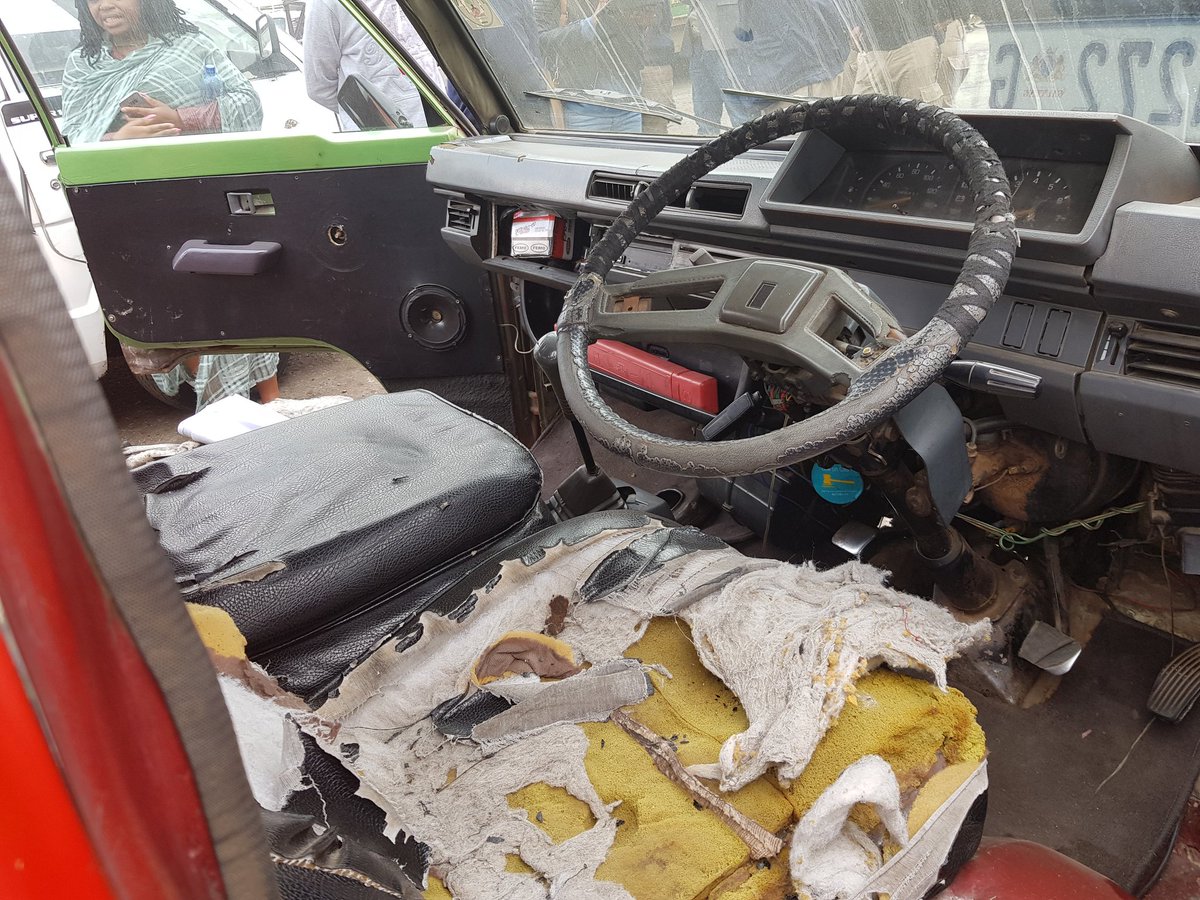 One part of this multi-focused operation is to ensure the restoration of road safety and law and order on the roads.

Over 500 un-roadworthy, unlicensed and illegal minibus taxis, and over 60 illegal dumper trucks have been impounded by JMPD since the commencement of Operation.

“We will not surrender to lawlessness. Illegal, non-compliant and irresponsible operators cannot expect us to look away whilst they play with the lives of commuters and other motorists on the roads” 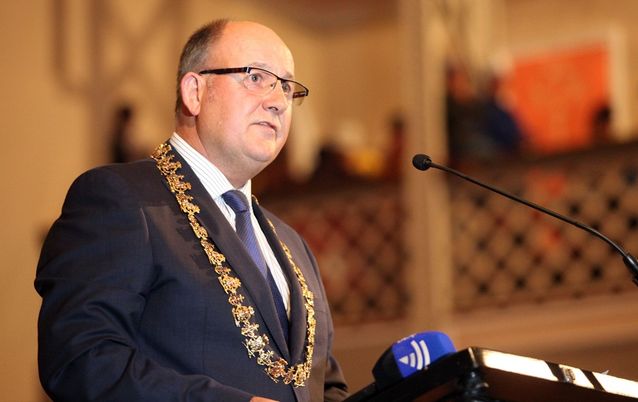 During today’s Council meeting the 2018/19 budget was passed. This is the second budget passed by the new coalition government and is one which will bring more change to the lives of the people of Nelson Mandela Bay.

The current budget is strongly pro-poor and will help address the needs of the City’s most neglected communities which were severely under-resourced under the previous ANC-led government.

This budget also provides significant relief for the rate payers of the City in recognition of the difficult economic climate the whole country is facing, epitomizing how good, clean governance can do a lot more with less. Some of the highlights of this budget are provided below.

Continued funding of the Assistance to the Poor programme (ATTP) over R2.2 billion over the MTREF Period;

Acquisition of Land for housing development of R45 million in addition to various Human Settlements Projects with a budget of R183.4 million; and

R30 million over the MTREF to continue to eradicate bucket toilets (including the historic backlog).

* R68.5 million over MTREF on resurfacing of tar Roads

* R40 million over the MTREF on the rehabilitation of roads

This ends a tumultuous period in the Metro as the opposition parties in the council, comprising of the ANC, United Front and the EFF, made four attempts to block the passing of the budget, a move designed to put the City under administration.

Today’s passing of the budget will ensure that the coalition government gets on with the business of putting the people of the City first. We would like to thank all of our coalition and voting partners for their commitment to providing service delivery and improving the lives of the poor and vulnerable of the City.

It is regrettable that EFF and ANC councillors chose not to be present today – nonetheless, our mandate is to bring visible change in Mandela Bay and we will not be deterred in our attempts to deliver better services to all. 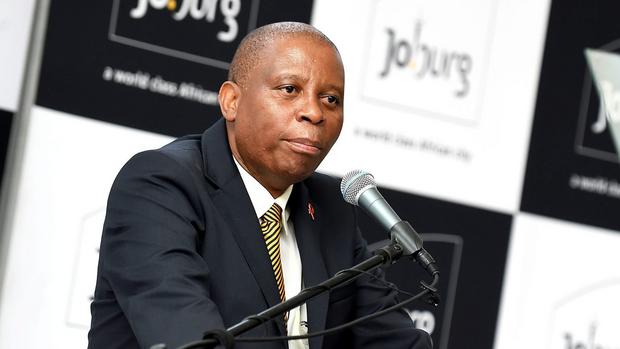 This is the second budget passed under the combined leadership of the DA, IFP, ACDP, UDM, COPE and VF+, with the support of the EFF, as well as the AIC who have broken ranks with the ANC and supported this budget.

After engagement between political parties in Council over the past few weeks, an approach was taken to reduce the tariffs for water and electricity. By doing, Council has achieved a caring and sensitive approach to household income which is under strain from various decisions of National and Provincial Government.

Equally the tariffs approved will enable the City to generate its revenue that will drive the fundamental change – Diphetogo – to our communities.

The Diphetogo project, at its core means real transformational change, and prioritises investment in the service delivery backlogs that plague our communities.

We have taken the decision to deprioritise the non-essential elements, cut unnecessary expenditure and re-directed these savings to battle our service delivery infrastructure backlog.

Some of the key highlights in the budget include:

Through the implementation of the proposed tariff increases, we will work harder to improve access to quality water, electricity, sanitation and refuse services in our city.

I am pleased that through our coalition government working together, we are able to bring a diversity of views to the table and convert it into pro-active solutions to the challenges our residents face.

Together, and following extensive public consultation, we were able to construct a budget that will ensure Diphetogo when implemented.

For the first time, this public consultation was split into a listening tour of the City in October 2017, followed by engagements with the draft budget in April and May 2018.

Over 9500 residents formed part of the IDP outreach process, with the City receiving close to 3500 written and electronic submissions.

I would like to thank our coalition partners, the IFP, ACDP, UDM, COPE and the VF+ for their development and support for this budget.

I would also like to thank my own caucus for their unwavering support and dedicated hard work; and the EFF for their vigorous engagement with our administration.

I would also like to acknowledge the AIC, who has broken ranks with the ANC and supported this budget as a testament to their commitment to change in Johannesburg.

This is the budget that will begin the large-scale turnaround of Johannesburg and place government at the service of our people. 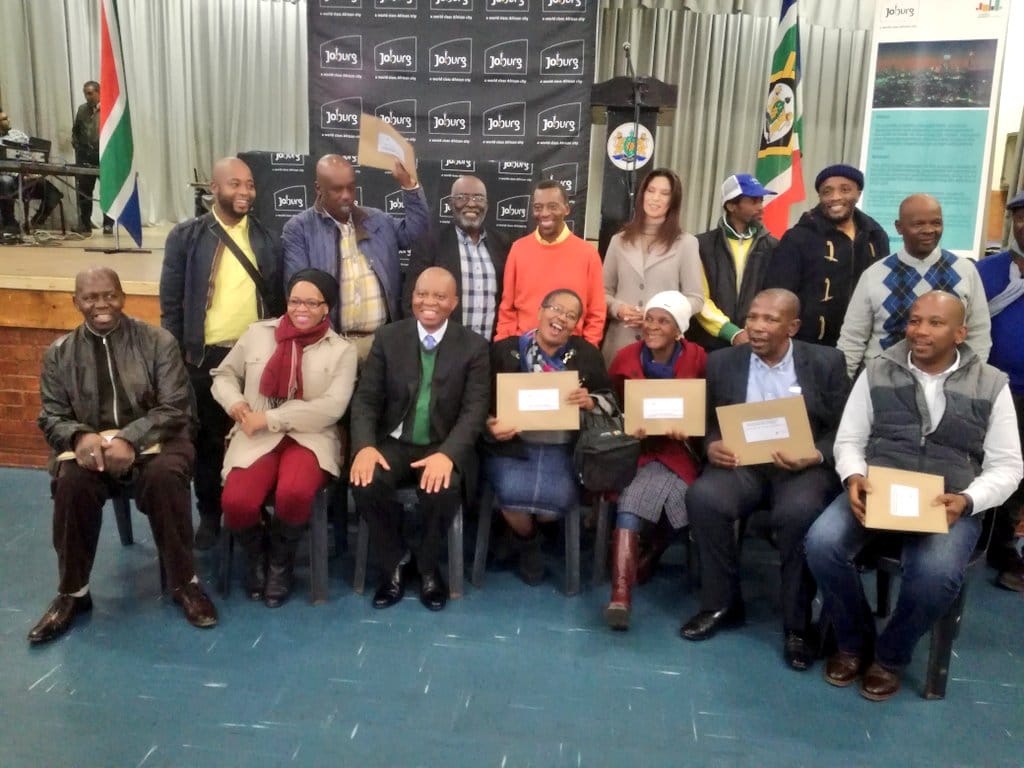 On 11 May 2018 the DA brought change to business owners in Soweto who have been waiting thirty years to own land by handing over title deeds. See photo here.

This forms part of the City of Johannesburg’s Land Regularisation Programme, which aims to redress the distribution of council-owned land.

This programme is important as it can become a catalyst for development that benefits the community, small businesses and developers. Where we govern, the DA is leading by example by ensuring that our people are becoming land owners.

Land ownership plays an important role in growing our economy. By handing over these title deeds, we are ensuring that our people who previously did not have an opportunity to own land are now given this chance.

This is how we are creating a South Africa that is alive with possibilities and builds a legacy for generations to come.

Come 2019, the DA will bring about Change across the province.

The City of Johannesburg recently proposed that at least 20% in all residential developments over ten units be set aside for inclusionary housing.

The draft policy is designed to provide rental housing at affordable prices for low income earners. It provides that inclusionary units have to be on the same site as the development.

These units would be available to residents with a total monthly household income of not more than R7 000 and the rent plus levies may not exceed R2 100 per month or 30% of the household income.

This kind of innovative policy would be a step in the right direction for inclusionary housing in South Africa, particularly in city centres, where housing is often over-priced and unattainable for low to medium income earners.

You can read more about the draft policy here

Yesterday, Johannesburg Mayor, Herman Mashaba, delivered 94 title deeds to the community of Finetown in Ennerdale. This forms part of the 795 title deeds which will be issued over the course of the month of April.

“We must create a culture of service delivery with pride. We must build a City that responds to the needs of citizens.”

The City of Jozi is undertaking to provide dignity of a home through inner-city development projects. It is estimated that some 30 000 accommodation units are required in the short term to address the needs of the most vulnerable households.

The City has conducted an audit of some 500 bad buildings, 84 of which are confirmed as hijacked. 24 of the 500 bad buildings belong to the City. All of these buildings represent opportunities for creating affordable housing. In response to this urgent need, Council has made 13 buildings available for the purpose of creating quality low-cost income housing towards inner-city development.

“Re-vitalising the inner city for the benefit of our residents has been a critical component of our administration. Home ownership empowers our residents by giving them and their families the security of permanent occupation.”

The City continues to work tirelessly to roll out the provision of quality housing to residents. It is through working collectively with all sectors of society that residents of the City of Johannesburg will have access to inclusive housing that creates safe, clean and connected communities with access to economic opportunities that transform our communities.