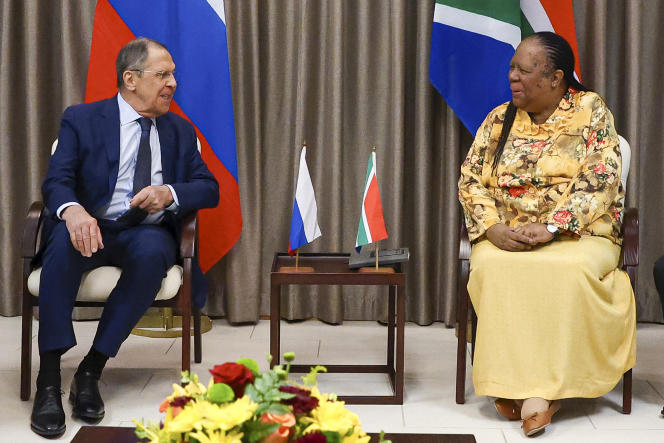 The red carpet rollout for Russian foreign minister, Sergey Lavrov, at Waterkloof Air Force Base by the Minister of International Relations and Cooperation, Naledi Pandor, is a dangerous foreign policy stunt that risks compromising South Africa’s diplomatic ties with our most important trading partners.

By acceding to Lavrov’s visit to South Africa as Vladimir Putin’s emissary, Pandor and the ANC government have dispelled any notion that they are a neutral arbiter on Russia’s unprovoked war on Ukraine. Pandor and the ANC have willingly agreed to become underwriters of Russian aggression in Ukraine – an invasion that has claimed the lives of tens of thousands of Ukrainians and damaged major power installations.

The dangerous message that the ANC government is communicating to our largest trading partners from the US, Germany, Japan to the UK is that South Africa is prepared to compromise relations with them in support of Russia’s war in Ukraine. Even if alliance with the Kremlin carries with it significant economic risk, the ANC is prepared to crater the South African economy in support of Putin’s imperial ambitions.

Thanks to the ANC, South Africa’s geopolitical gravitas has been severely compromised by this ill-advised walk of shame with Russia.

The DA has consistently said that withdrawal from Ukraine by Russia is non-negotiable and should be implemented as a matter of urgency. Instead, the ANC government has chosen to pander to Moscow based on some outdated ideology of ‘comradeship’ that does not serve South Africa’s interests in any way.

If there is any sense left in the ANC government, they should start acting in South Africa’s best interest and stop pandering to Russia’s silly war games. Now is not the time to appease Putin’s war mongering impulses, we need to stand with the people of Ukraine in resisting the madness from Russia’s Kremlin.