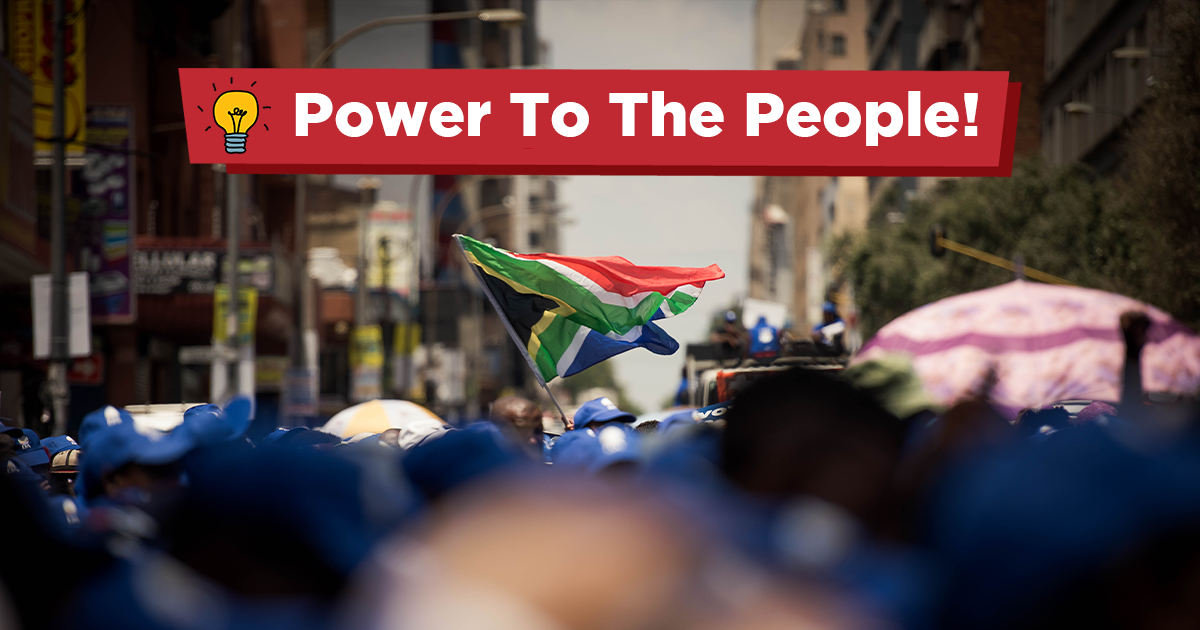 South Africans have shown their frustration with rolling blackouts and rising electricity cost by supporting the DA’s petition for cheaper and more reliable electricity with more than 100 000 signatures received.

This week South Africans have reached boiling point with the ANC government’s failure to supply reliable electricity. Rolling blackout are having a devastating impact on the lives of all our people.

The president’s silence is deafening and demonstrates the lack of political will by the ANC government to take action. The DA on the other hand has taken the fight to court to interdict Nersa’s decision to increase electricity tariffs.

Also, on Wednesday 25 January we will lead a march of thousands of South Africans to Luthuli House to say to the ANC: Enough is Enough.

We invite all South Africans to join our Power to the People march and  to meet us at Mary Fitzgerald Square in Johannesburg at 09h30 on Wednesday morning.