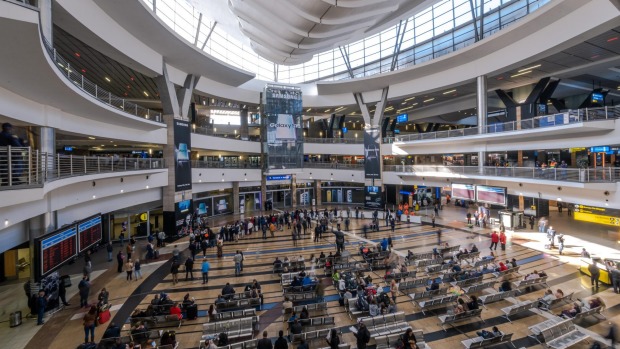 An unannounced DA oversight visit at OR Tambo International Airport (ORTIA) this week revealed the absolute confusion tourists face when arriving at this airport.

This visit which was the second one in three months after tourists complained of sudden rule changes with regards to taxi pick up points which saw, taxis being instructed to make their passenger pick-up point on the first floor parking near the car rental area.  My visit this week revealed that OR Tambo now seemingly disregarded their new rules which now leads to further confusion. Taxi drivers have indicated that they are now picking up passengers at the arrivals lower level, the original pick up point “illegally”.

After my first oversight visit I wrote to a number of top managers at OR Tambo as well as the Airports Company South Africa (ACSA) Board with no reply or acknowledgement received.

This reflects the chaos that is taking place at the largest airport in Africa, and is a microcosm of the failed state that this government is creating.  The ANC-government appears to have lost interest in leading and undertaking the basics of governing.

More and more return passengers and tourist are noticing the slipping of standards and the disorganisation at ORTIA, whilst first-time arrivals describe the airport as confusing and unwelcoming.

It is clear that the ANC is no longer interested in governing.  The time is therefore ripe for a new government to be voted in; one that will ensure that at least the very basics are accomplished.  Ensuring this will have immediate and positive impacts on tourism which is an easy economic win for our economy and job creation.

At a time when South Africa’s economy is suffering we now more than ever need international tourist to boost our economy. Confusion at one of our main airports will only damage our image as a tourist attraction.

As previous correspondence has been ignored, I will be submitting official questions to the Minister of Transport about this issue and will be requesting clarity on this situation.