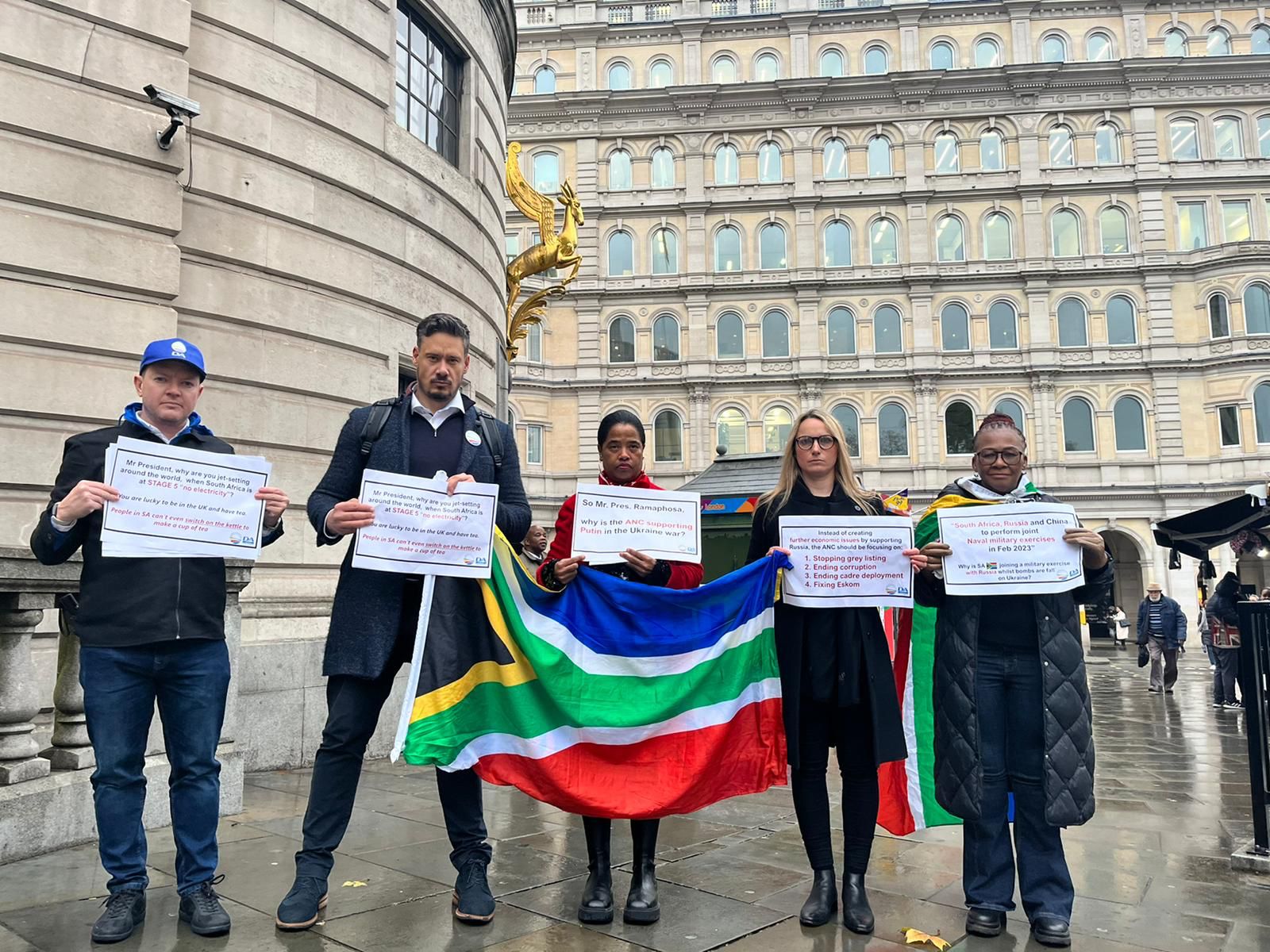 The protest was in solidarity with fellow South Africans who oppose the Russia-Ukraine War. This war is making life harder for South Africans and the South African economy as it impacts inflation, security and our standing in the world.

The President should be focusing on the economy and fix loadshedding, the greylisting threat and the continued corruption and wasteful expenditure that damages the economy.

The DA is raising awareness and concerns around  the ANC’s implicit support of the Ukraine war which directly increases fuel and food prices in South Africa, affecting vulnerable, ordinary South Africans the most and has risked our international relationship with powerful trade partners that could jeopardise trade and tariff agreements in the future due to embarrassing UN votes, referendum election observations and of late military training exercises.

We stand in solidarity with 74% of our fellow South Africans who believe that Russia’s invasion of Ukraine should be condemned.

The DA Abroad will continue to mobilise South Africans abroad to advocate for a clean and stable government that can deliver a prosperous future for South Africa.