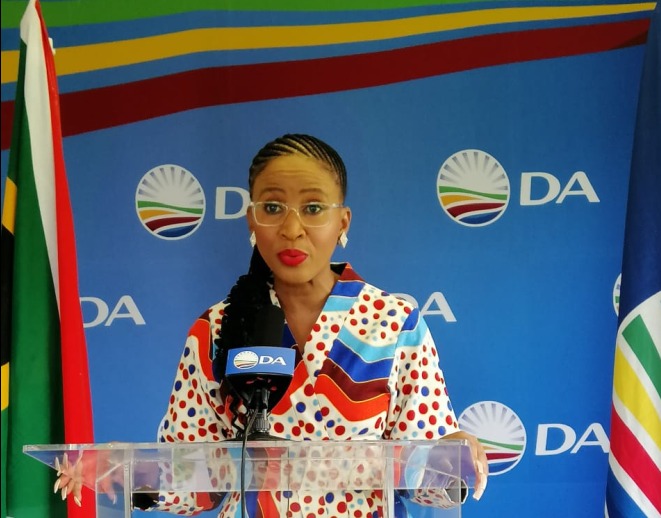 The following remarks were delivered today by the Johannesburg Executive Mayor, Dr Mpho Phalatse, during a live broadcast.

My fellow residents of Johannesburg

The rest of the rightful executive committee and I are back where we belong and we are hitting the ground running, picking up right where we left off. The task of saving Joburg continues.

On Tuesday evening, I chaired an urgent virtual meeting of the Mayoral Committee in order to the get the City and its Executive back to work.

My fellow residents, not only have you had to contend with the worst year of loadshedding since the first scheduled blackouts in 2007, but you have also been forced to live with an unstable supply of water.

This is not the Johannesburg we want our children to grow up in. The Democratic Alliance will not allow it.
Last week’s court judgment that confirmed the ANC illegally removed me as the executive mayor was indeed a win for democracy.

The DA never gave up the fight, a fight on behalf of the residents of Johannesburg.

Now we get back to work.

Before the coup by the ANC, the multiparty government made significant progress in undoing decades of neglect of our water system.

We made this clear when we debated on this urgent matter in council on 21 October, when the false ANC leadership said the solution would be Jojo tanks and boreholes. It can only be the corrupt ANC that suggests a plaster to heal a severe wound.

Joburg Water has proposed medium and long-term interventions and projects to ensure sustainability of water supply to our municipality. Plans for a new connection from Rand Water to supplement supply to critical bulk water supply areas in Joburg are underway.

Sadly, however, with all these continuous interventions, the problem of ANC maladministration remains with our bulk water supplier – Rand Water.

This entity has failed dismally in the maintenance of the electric infrastructure which now impacts its ability to pump water.

As MMC for Environment and Infrastructure Services, Cllr Michael Sun, said during the urgent council debate: As long as Rand Water does not upgrade and proactively maintain its pumps and infrastructure and as long as Eskom cannot guarantee supply, the system will continuously fail and Joburg residents’ taps will continue to run dry.

But today I stand before you, as the executive mayor of the City of Johannesburg, a city I so dearly love, and I make a commitment that only a party with a proven track record of service delivery can make: using concrete solutions to real problems, the multiparty government will start the major task of fixing Johannesburg. Truly fixing, not merely sticking on a plaster.

And the good news is, the work has already started.

We have invested R930 million in water supply and sewer infrastructure. We have already started the project of replacing asbestos pipes in the greater Fourways area, and started the upgrade of the Brixton and Crosby reservoirs. Joburg Water has replaced 100.8 km or water pipes and 69.5 km of sewer pipes during the months of April to June.
Over the coming days we will also be working to ensure that urgent matters, like the water and power crises, and that the safety and security of residents, are attended to.

I believe most residents of this City know that there is still a long way to go to turn around Johannesburg and will likely take many years to fix.

But if there is one thing I know to be true, it’s that the DA can get it done.