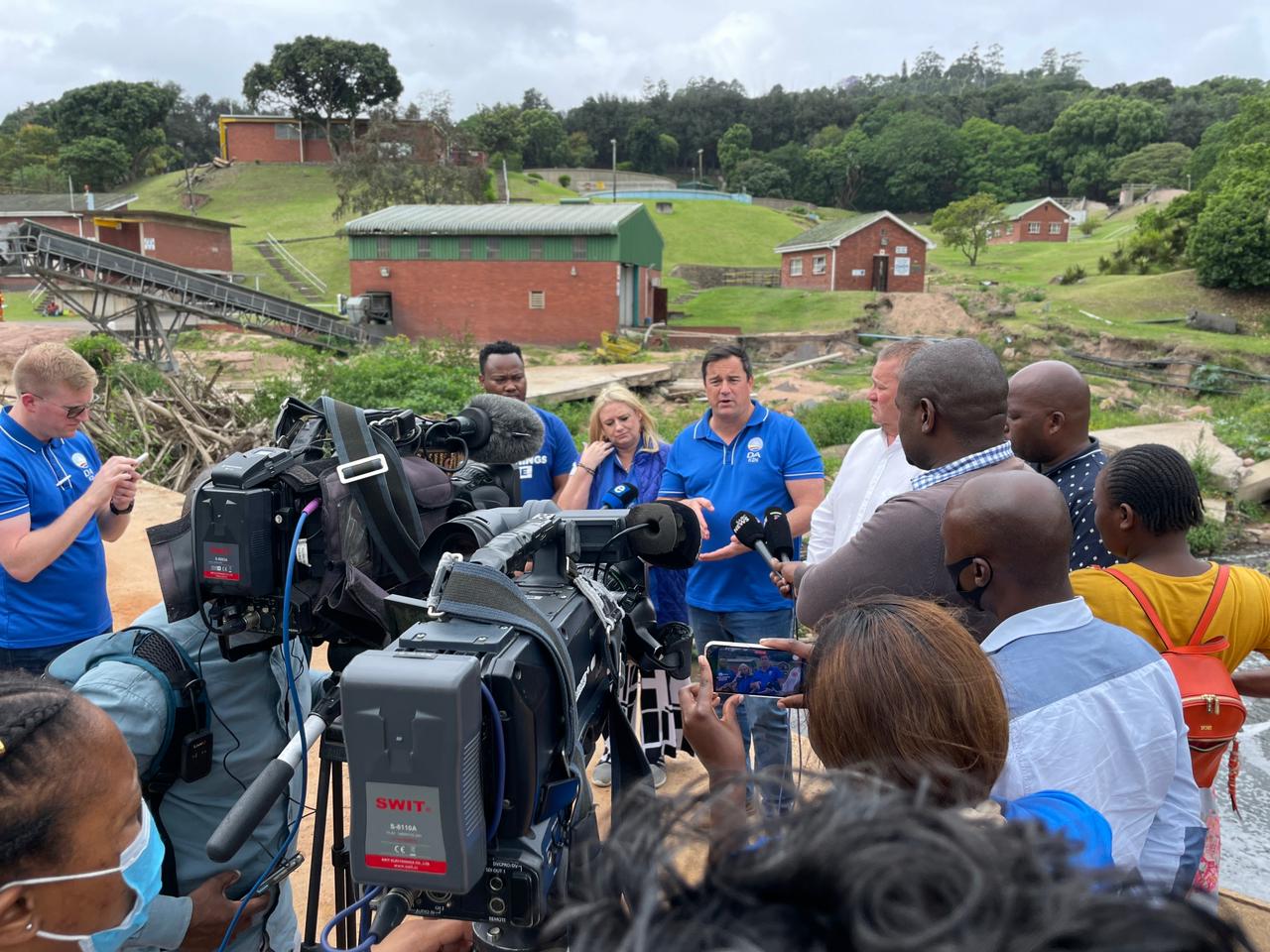 I will spend today campaigning in eThekwini’s Ward 10 ahead of next week’s crucial by-election, as well as conducting an oversight visit of the metro’s failing water and sewage infrastructure. This great city cannot be allowed to continue on its current downward spiral, and by-elections such as these are important stepping stones in wresting control from the ANC government that has brought about this governance disaster.

Later today we will visit the Umbilo Wastewater Treatment Works, where raw sewage has been streaming into the river and flowing into the harbour. This oversight visit will form part of our fact-finding mission ahead of announcing our legal action against the eThekwini Metro Council for their failure to maintain these critical pieces of infrastructure and shield the city’s residents from dangerous pollution.

The challenges faced by the residents of Ward 10 are the same as the challenges faced right across the metro: the steady collapse of service delivery and a shocking neglect of infrastructure by an ANC-run local government that is simply way out of its depth. These challenges existed long before April’s devastating floods wreaked havoc across eThekwini, but not only did the floods dramatically worsen the situation, it also gave the ANC government a handy excuse to hide behind. Every failure and every derelection of duty now gets pinned on the floods.

By now, everyone knows of the largescale collapse of the city’s sewage and sanitation infrastructure, with 17 out of 22 wastewater treatment plants not operational, and rivers, estuaries and beaches across Durban and surrounds polluted by raw sewage. But the electricity grid here also suffered extensive damage in April, and more than six months later large parts of the ward still regularly go without power for extended periods. And the entire metro’s natural resources along its riverbanks, beachfronts and conservancies – such as the Kloof Conservancy here in Ward 10 – have been devastated by pollution and neglect.

The grim reality is that beach closures and serious concerns over the safety of the city’s tap water now threaten Durban’s holiday season. Media reports yesterday revealed that insufficient budgets to repair flood-damaged sanitation infrastructure call into question the city’s pledge to have these facilities fixed in time to re-open beaches for the peak tourist season. Already we have seen URC rugby matches in Durban cancelled after dozens of players from two different visiting teams fell ill in Umhlanga, and there is also a question mark over February’s Duzi canoe marathon.

Tourism is the lifeblood of this metro, and millions of jobs and livelihoods are threatened by this self-created disaster. Thankfully the DA has been working tirelessly here in Ward 10, and across the metro, to shield residents from the worst of these failures and to hold the metro government to account. All this work and all these small victories – a full timeline of which can be viewed here – make a difference, but ultimately we have to be in government if we are to save this metro from the ANC.

We will achieve this ward by ward, and that starts with defending one of our stronghold wards here next week. Last year, the ANC came perilously close to losing control of eThekwini, and it was only thanks to their disruptions and delaying tactics around a crucial council meeting that they were able to buy the support of a few small parties to build a 50% coalition. The leader of one of those parties, Abantu Batho Congress (ABC), was rewarded with the Deputy Mayor position and is now running against our candidate here in Ward 10.

We will send him a message on Wednesday that the people of Durban will not tolerate this criminal level of failure and neglect.