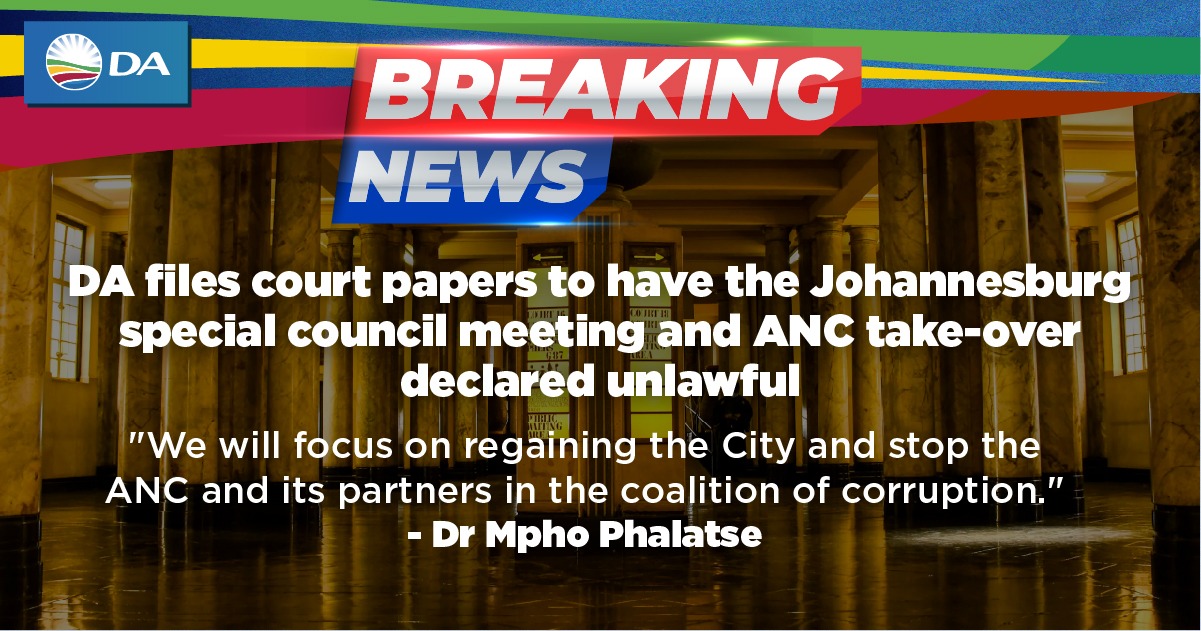 I have filed papers in the Gauteng high court in Johannesburg to have last week’s special council meeting of the City of Johannesburg declared unlawful.

We will not stand by while the ANC and its allies use corrupt means to grab power.

This follows from what DA Leader John Steenhuisen announced on Friday that the DA was not done in Johannesburg and that it would continue to fight the forces that put their own greedy agendas ahead of the needs of the citizens of this country.

The people of the City voted out the ANC for a better alternative and the DA will fight until the bitter end to ensure that their mandate is served.

We will focus our attention on regaining the City of Johannesburg and stop the ANC and its partners in the coalition of corruption from looting the city a second time and again paying no heed to the needs of the residents.

The DA is well aware of the anger and frustration residents may be feeling ,especially if your vote was one of those sold to get the ANC back, but rest assured that the DA will not back down or give in.

We expect the matter to be heard on Tuesday 11th October.