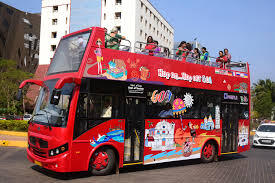 Today the South African Police Service (SAPS) presented to the Tourism Portfolio Committee on what the SAPS has been doing to combat the violence, intimidation, attacks, shootings, stonings and extortion on long distance tour bus operators by taxi operators.

Today’s meeting follows on from another Portfolio Committee held on 23 August 2022 with the Intercape bus company on the same matter.

The presentation from high-ranking SAPS members was not only jaw-droppingly embarrassing, demonstrating just how clueless and incapable the police are in dealing with this matter, but also the presentation was a prime example of “smoke and mirrors”.

The presentation attempted to show that the SAPS was effectively dealing with this matter when it clearly is not. It indicated that all actions by the SAPS were reactive in nature with no proactive actions. What the presentation called proactive, was in fact reactive.

These “proactive” actions include various meetings and briefings. The one actual proactive action was surveillance, however, the SAPS indicated that they had requested the bus operators to have “representatives” to undertake this function. This was confirmed in response to my question. Effectively, the SAPS admitted that they have “outsourced” this function to bus operators as the SAPS are not capable or able to do this.

This is yet another unambiguous example of a failing state; where the police expect a private entity, which has nothing to do with policing or security, to do the work that the police are meant to do.

I will be submitting official questions to the minister of police on this matter.