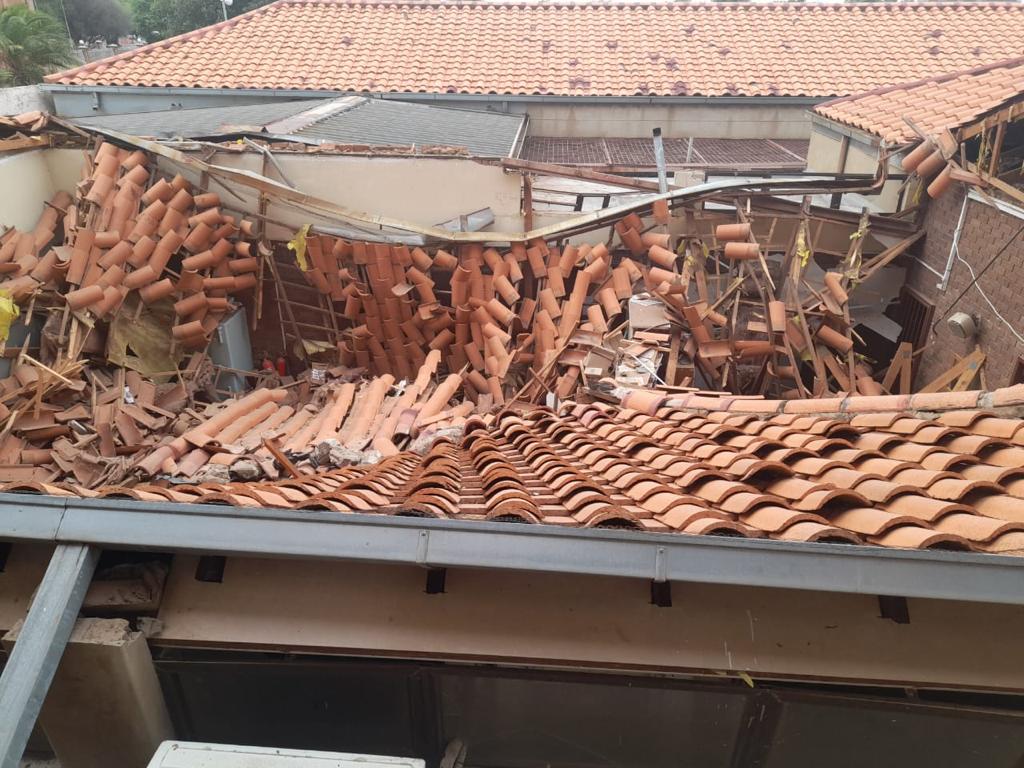 Please see photos here, here and here of the collapsed roof of the Potchefstroom Magistrates Court.

While the judiciary continues to uphold the law in an admirable manner, it does so under increasingly unacceptable circumstances. Court infrastructure is in dire straits, highlighted by the shocking collapse of the Potchefstroom Magistrates Court’s roof this Monday.

While there were no casualties, the collapse damaged the cash hall, and offices used for child maintenance and the clerk of the civil court. The building has now been declared unsafe, thereby denying access to justice to residents in the area.

For many months, a lack of maintenance and essential repairs have been reported, and the situation could easily have been more dire had the court been occupied at the time of the roof collapse.

While the DA welcomes the lack of casualties, it is also curious that it appears nobody was in the court at approximately 16:00 in the afternoon. The DA will be seeking further answers on this matter too.

This roof collapse is but one example of the unacceptable condition the judiciary’s infrastructure finds itself in. Examples of recent failures in judicial infrastructure include:

The DA will be seeking answers from the Department of Justice and Constitutional Development as well as Public Works and Infrastructure on why court infrastructure has been allowed to deteriorate to such a degree that the roofs of our courts are literally collapsing in on themselves. We will also seek to hold whoever is responsible for the maintenance of the Potchefstroom magistrate court to account.

Individuals working within our courts are often highly competent and exemplary individuals, however they are being let down by government’s failure to provide them with the infrastructure and resources they need. The DA will be working to ensure this situation improves as a matter of urgency.