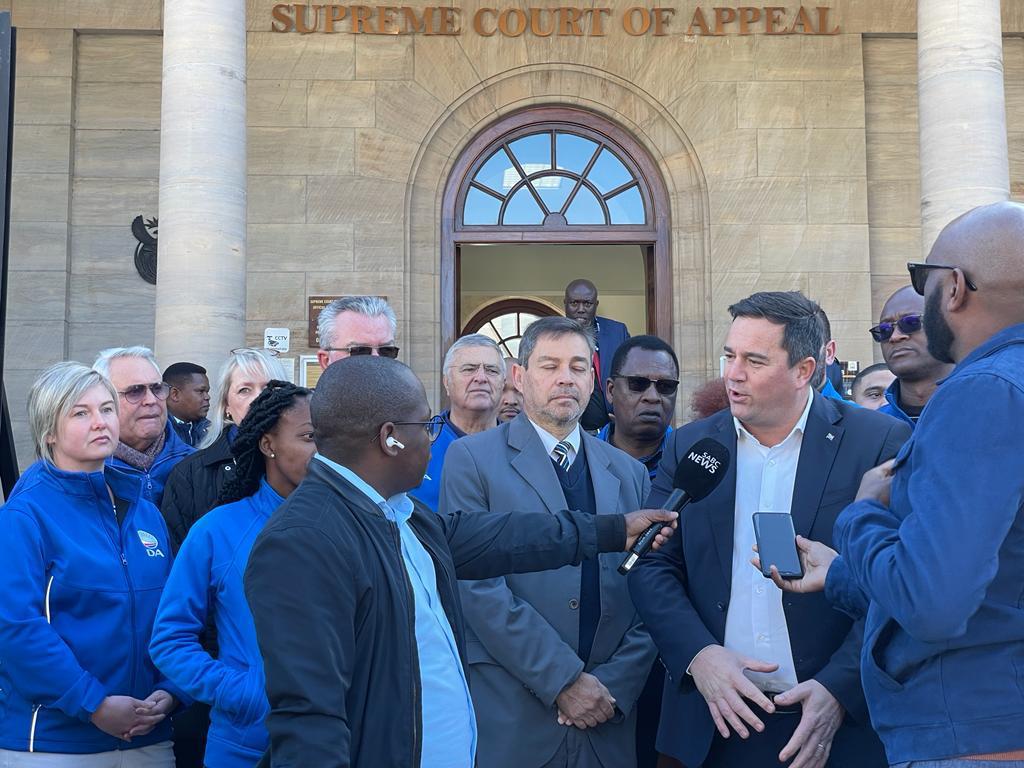 Today’s hearing in the Supreme Court of Appeal (SCA) of former President Jacob Zuma’s appeal against the setting aside of his medical parole in the High Court in December last year will test whether, in a post-Zondo South Africa, there is genuine appetite to demonstrate equality before the law.

This appeal should not succeed because the parole decision by Arthur Fraser – then Commissioner of Correctional Services and known Zuma ally – was patently unlawful. As we said last year, when we launched our urgent application to have the parole decision set aside, there was no rational basis for the granting of medical parole to a man who is neither terminally ill nor physically incapacitated.

Furthermore, Fraser was not permitted to grant this parole against the recommendation of a Medical Parole Advisory Board made up of doctors. If this board recommends against medical parole, it is not the Commissioner’s prerogative to grant it. Therefore his decision was unlawful.

Fraser’s justification for granting parole – in which he stated that Mr Zuma had to be in close proximity to tertiary medical care – was immediately exposed when Mr Zuma returned to Nkandla upon release. Nkandla is hundreds of kilometres from the nearest tertiary hospital. Just as was the case when Zuma’s former financial adviser, Schabir Shaik, was granted medical parole in 2009 despite clearly not being terminally ill, no one believed the reasons put forward for Mr Zuma’s parole.

The High Court agreed with us and found that the decision to grant Mr Zuma’s parole was “irrational, unlawful and unconstitutional” and that the Commissioner had “unlawfully mitigated the punishment imposed by the Constitutional Court” and so “undermined the respect for the courts, for the rule of law and for the Constitution itself”.

One of the fundamental tenets of our democracy is the principle of equality before the law. It should not matter whether you are the president, a former president or an ordinary citizen of this country – the law must view and treat you in the same way.

For this to happen, it is critical that the NPA demonstrate that they have the spine to pursue prosecutions against the most powerful figures in society, that our investigative bodies have the freedom and independence to do their jobs, and that our judiciary is prepared to hold former presidents to the same standard of the law. Decisions like the granting of medical parole cannot be allowed to become a convenient back door for errant ANC cadres and their crooked cronies.

It also has to be said that President Ramaphosa had every opportunity to get rid of Arthur Fraser – knowing full well of his history of criminality at the State Security Agency where he was assisted by then President Zuma in evading prosecution – and yet he chose to appoint him as Commissioner of Correctional Services. When the DA challenged this appointment, Ramaphosa slavishly defended him.

The President, more than any other citizen, has a duty to protect our democracy from the likes of Zuma and Fraser. Doing what is right for our country should start at the very top.