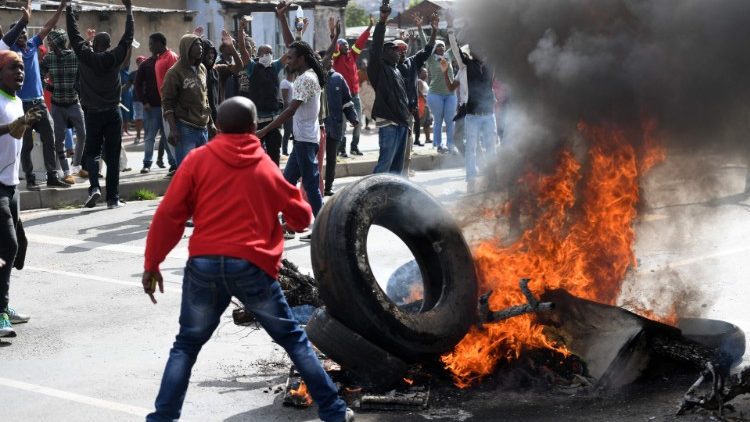 The DA strongly condemns the recent xenophobic incitement and attacks by politicians from several parties – attacks which have now also been directed at the media and civil society. Political leaders playing cheap populist politics by scapegoating foreigners for our country’s ills have misjudged the people of this country. As we saw during the riots and looting of last July, South Africans abhor violence and unrest.

The behaviour of ActionSA’s Johannesburg MMC for Economic Development, Nkululeko Mbundu, as well as ActionSA’s leader, Herman Mashaba, for springing to his defense – must be condemned in the strongest terms. Mbundu’s social media comments directed at the Socio-Economic Rights Institute (Seri) in the wake of a court order reversing his eviction of 600 informal traders were nothing less than an incitement to violence, and the NGO had to subsequently shut its office down following death threats to their lawyers and threats to burn down their offices.

Similarly, the death threats made to a Sunday Times journalist, along with threats to burn down the publication’s offices in the wake of a piece on gender-based violence in which the journalist warned against the scapegoating of foreigners by politicians, must be condemned in the strongest terms. There can never be any tolerance for this kind of attack on our media.

It is unthinkable that in our modern democracy with its progressive, human rights-based constitution, there can be room for xenophobic politicians looking to score quick wins off violence and hatred. And while ActionSA’s leaders have long been at the forefront of this incitement campaign, they are by no means alone. Several ANC leaders, including Bheki Cele, David Makhura and Pule Mabe, have also taken this route, openly declaring war on foreigners and disingenuously grouping “zama-zamas”, “rapists” and “foreigners” in the same phrasing in order to paint all foreign nationals with the brush of criminality.

Politicians who exploit the frustrations of marginalised South Africans by directing their anger at foreign nationals will carry the blood of these foreigners on their hands when these incitements find fertile soil.

This latest development, where the attacks have now widened to also target members of civil society and the media for speaking out against xenophobia, is extremely worrying. The DA condemns this behaviour, and we call on all politicians and other high profile South Africans to use their public platforms responsibly. Our country’s dire economy and runaway unemployment have already created a powder keg of desperation in our society, and we cannot afford to add any sparks to this volatile situation.

I am currently in Kenya to observe their elections, and leaders from several African countries – including Zimbabwe – have approached me to express their concern over recent increases in these

incitements and attacks. Memories of the 2008 and 2015 xenophobic violence are still fresh across our continent, and we dare not repeat those terrible chapters. This is a time for calm heads to prevail and for us all to focus on the real cause of our country’s high levels of poverty, unemployment and inequality: the failing ANC national government.