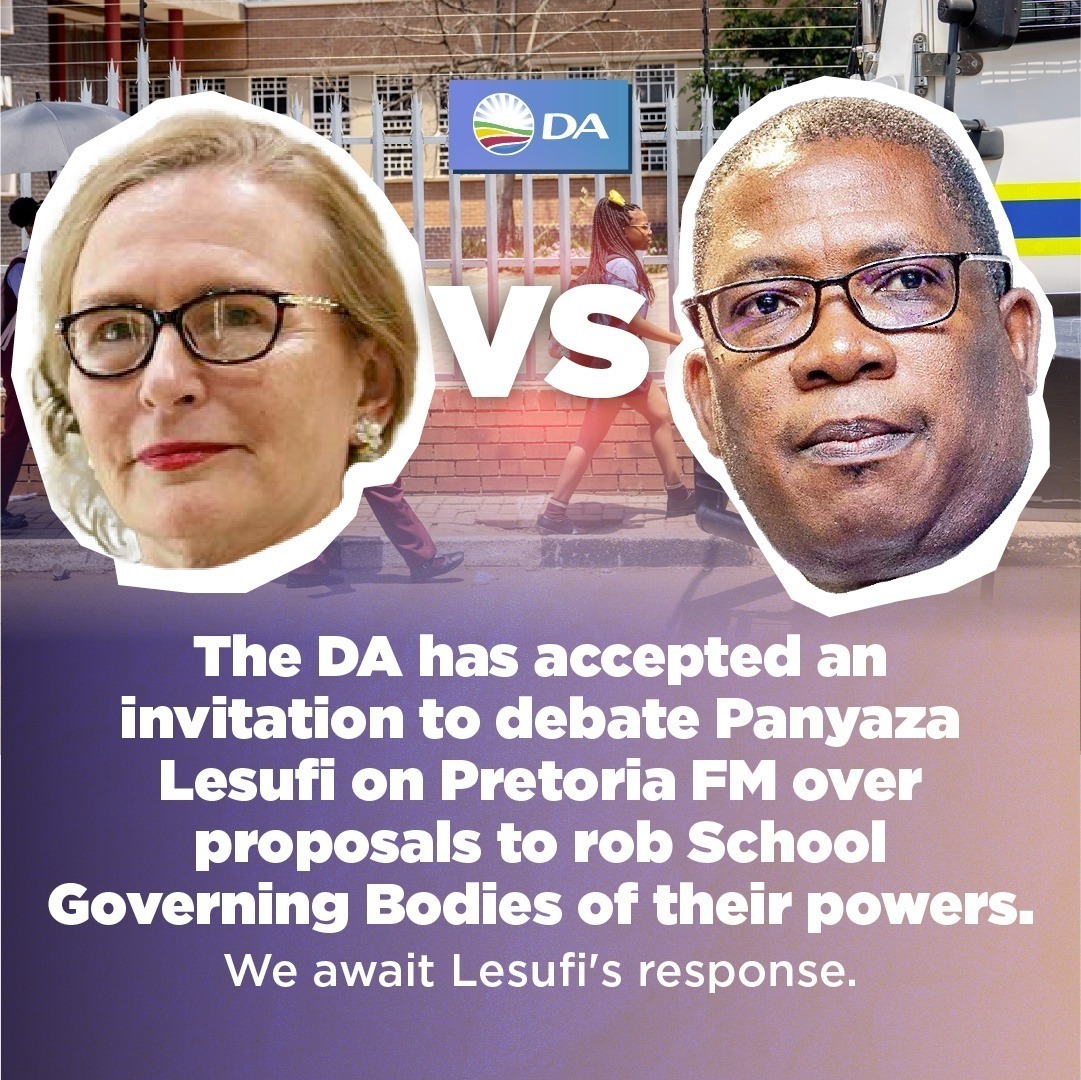 Today I accepted an invitation from Pretoria FM to debate the controversial BELA Bill with the ANC’s Gauteng chairperson, Panyaza Lesufi. We challenge Lesufi to similarly accept the invitation.

This follows after Lesufi yesterday released a statement defending the BELA amendments, which would rob school governing bodies of the power to determine their own language and admissions policies, and hand that power over to ANC cadres like Lesufi.

Under the discriminatory BELA Bill, the head of provincial education departments and MECs like Lesufi will ultimately decide what language is taught in your child’s school and who is admitted to the school.

Lesufi is the proud sponsor of this discriminatory move, and the ANC is attacking mother tongue education, especially Afrikaans, and will destroy our schools. The DA will not stand for this.

I look forward to Lesufu’s confirmation that he will participate in the debate.