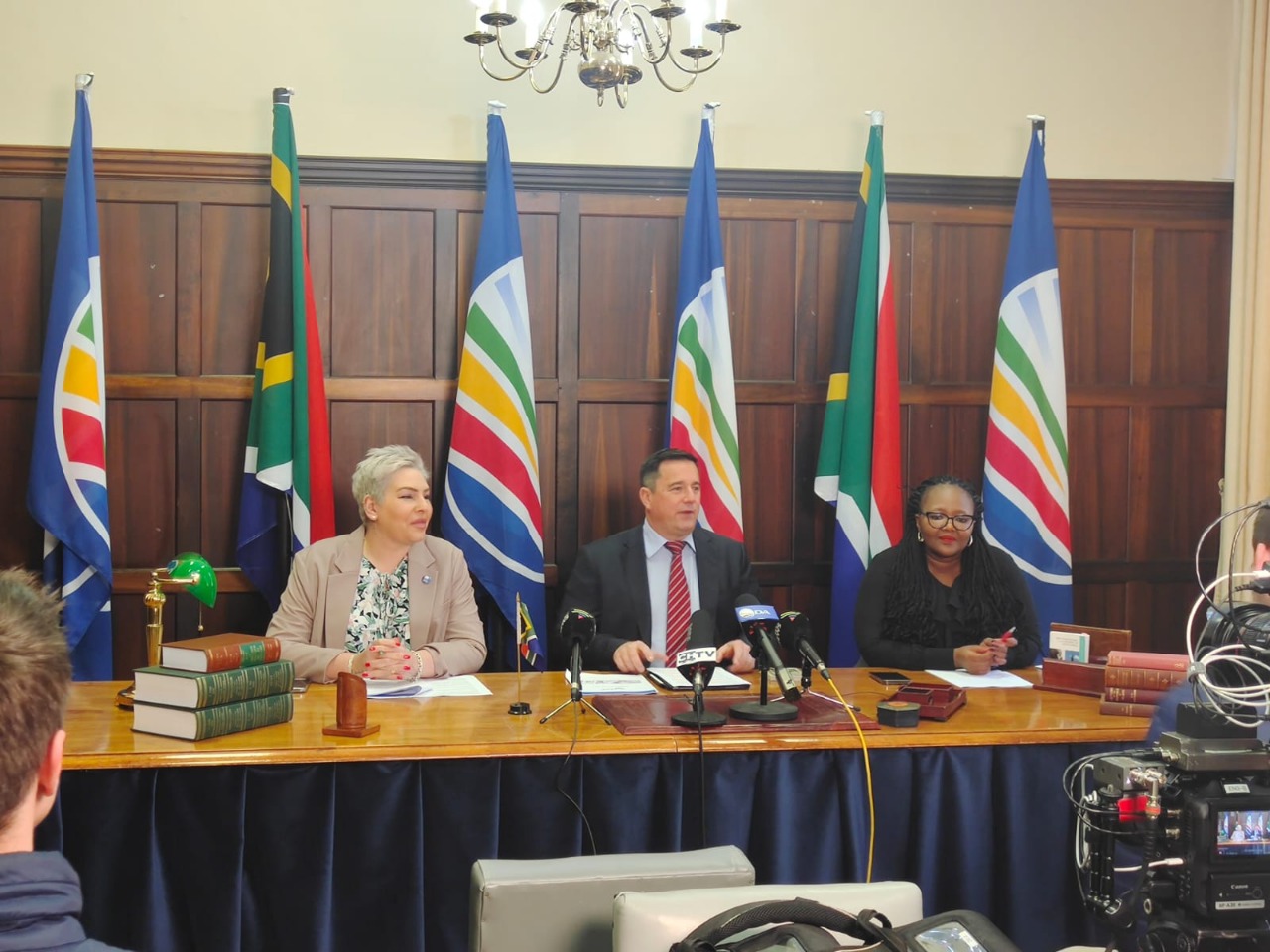 Today, South Africa’s Official Opposition, the Democratic Alliance (DA) has released its parliamentary reform document to give effect to a raft of recommendations to fix Parliament and bolster the institution’s oversight capacity, as recommended by the Corder Report on Oversight and Accountability, the Fifth Parliament Legacy Report, the High Level Panel Report by former president Kgalema Motlanthe and, most recently, the Zondo Report.

The fact that countless recommendations to fix parliament over several decades have continuously been ignored by ANC speakers, shows that the ruling party has no intention of holding its own accountable and preventing the kind of severely damaging and regressive corruption which took place under their watch. If the ANC will not reform parliament to work for the people, then the DA will.

Today we are announcing a host of actions which will bolster the central role of Parliament in our democracy. It is time to change Parliament from a rubber-stamping lapdog under the ANC to an effective oversight body so that events like State Capture and Cadre Deployment will never bring South Africa to its knees again.

The DA has, for many years, highlighted the failure of Parliament to hold the executive to account and this stance was finally vindicated with the release of the Zondo Reports, which criticised how the ANC majority in Parliament continuously protected Presidents, Ministers and most worryingly, state capture, at the expense of the people of South Africa.

This stems from the ANC’s policy of Cadre deployment, where MPs are seen as being deployed to Parliament to do the bidding of the party. This continues even today, when the Speaker of the National Assembly refused the DA’s request to establish an ad-hoc committee to investigate allegations surrounding the theft and alleged cover-up at President Ramaphosa’s Phala Phala farm. This demonstrates the continued shielding of the executive by Parliament, contrary to the accountability role Parliament is tasked to play by our Constitution.

operate independently of the other two branches of government – the executive and the judiciary.

While the DA has played an instrumental role in promoting a culture of accountability, there is a need for structural parliamentary reforms to ensure the institution can perform effective oversight and operate more independently of the executive in the future. Parliament cannot continue any longer under the current shielding of the executive by ANC MPs. If we are to ever get past the shocking revelations of state capture, we will need an effective Parliament which is willing to take the executive, and even its own members, to task.

Accordingly, the DA presents the following actions to improve separation of powers within Parliament, and ensure greater parliamentary oversight over the executive:

1. Establishing a committee to oversee the Presidency

There is currently no effective and regular oversight mechanism over the acts and omissions of the President and the Presidency, with even Chief Justice Zondo pointing this out in his reports. To close this gap, the DA will submit a proposal to the Speaker in concurrence with the Rules Committee– to call for the establishment of a Portfolio Committee to conduct oversight over the Presidency throughout each parliamentary term.

2. Increasing the accountability of the Speaker to ordinary MP’s

The effectiveness of a committee depends in large part on the quality of the chairperson. Presently, almost all chairpersons are derived from the ANC, after being endorsed by their NEC, and on the recommendation of their

Cadre Deployment Committee. What this means is that far too often, the executive is shielded from any attempts at interrogation or questioning from opposition MPs.

To give effect to these changes, the DA will seek an amendment to the Rules that allow for a set number of committees to be chaired by opposition MPs based on representation levels in Parliament as well as reducing the number of votes required to call a member of the executive before the committee.

Additionally, there is currently no legislation governing oversight visits of MPs and this leaves uncertainty pertaining to the circumstances under which oversight can be done, and what remedies are allowed should an oversight visit be denied.

To fix these issues, the DA will introduce legislation that will provide greater clarity on the powers of oversight afforded to MPs and make explicit provision for unannounced oversight visits. The DA will also advocate for a greater proportion of the Parliamentary budget to be allocated to portfolio committees so that proper, frequent, and effective oversights can be conducted, and meaningful public participation occurs.

5. The enhancement of the Parliamentary Protection Services

The presence of the SAPS within Parliament is problematic as the police service is ultimately controlled by the executive. There is a need for a stronger independent Parliamentary Protection Services which should perform most of the security functions within the precinct and require SAPS to account to them whilst on the Parliamentary precinct. This would enhance the separation of powers between the executive and the legislature and ensure that the SAPS cannot be used by the executive to ‘bully’ Parliament.

7. Creating penalties for cabinet members who fail to appear for meetings or answer oral questions adequately

Far too often, members of the executive fail to appear for parliamentary meetings on time or at all – with belatedly tendered excuses offered. It has also become an increasing occurrence for them to fail to adequately answer oral questions, or even at all. The DA will seek to create new Parliamentary Rules which outline pre-set repercussions for a Minister who fails to attend a pre-determined number of question sessions or fails to attend a committee meeting without adequate cause.

8. The reintroduction of the interpellations debate

Debates in Parliament currently follow a highly stringent format which permits only one question, and subsequently a single follow-up question. The DA will request that the Rules Committee allow for the reintroduction of the interpellation which is when a MP can request a mini debate on a given topic which then allows greater dialogue and interaction between members of the executive and MPs.

9. Amending the rules to create sanctions for failing to answer PQs timeously or adequately

Parliamentary Questions are vital for critical oversight and play a crucial role in holding the executive accountable. However, it has become an increasing occurrence for some PQs to be answered late, inadequately, or not at all by Ministers. The DA will amend Rule 136 to require that a Minster who fails to meet their obligations in terms of responding to Parliamentary questions, be referred to the Powers and Privileges Committee for contempt of Parliament.

10. Ensuring that Parliament processes and takes timely action on the State Capture Report

The DA will be keeping up the pressure in the coming months to ensure that the findings of the Zondo reports are processed and actioned upon in a timeous manner by Parliament. We will not allow this report to be forgotten by Parliament, with no firm action being taken to reform the institution where required.

The effective functioning of Parliament is central to rebuilding our nation and ensuring that abuses of executive power, on the scale witnessed in the preceding years can never occur again. These steps that have been mentioned will be brought before Parliament in the coming months.

With the 2024 elections around the corner, should we encounter any opposition to these steps to good governance and accountability by the ANC, or any other party, we will be sure to show all of the hard-working South Africans whose jobs, livelihoods and tax money have been destroyed and squandered over the years, that the ANC does not intend to ever change its corrupt, cadre deployment and state capture ways.

We urge all South Africans to support us in our efforts to restore Parliament to its rightful place at the center of our democracy.