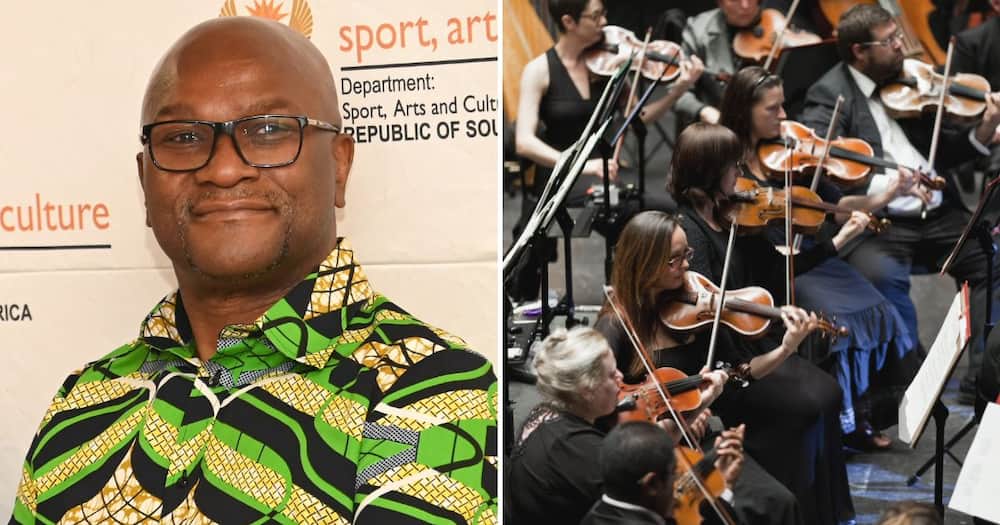 The DA utterly rejects the Minister of Sports, Arts and Culture, Nathi Mthethwa’s newest hare-brained scheme to establish a National Philharmonic Orchestra (NPO) to the tune of R30 million for the first year alone.

It seems the Minister has learned nothing from his R22 million flagpole and Afrikaanse Taalmuseum en -Monument debacles.

The DA believes that this project, that has fallen out of thin air, is unnecessary and unaffordable. We also agree with the CEO of the Cape Town Philharmonic Orchestra (CPO), Louis Heyneman, that the project will be an “unnecessary duplication” as there are already training programmes to develop young musicians.

The DA also has several concerns regarding the formation of the NPO, not least of which is whether the correct processes and procedures were followed.

While the first mention of the possible establishment was a single paragraph in the revised White Paper on Arts, Culture and Heritage that Cabinet approved in 2018, it was not until recent weeks that the formation of the NPO surfaced again. It was not even mentioned in the Department of Sports, Arts and Culture’s (DSAC) annual performance plan for 2022/23.

What is especially troubling is that there seems to be no concrete plans on how the NPO would operate. While the NPO CEO, Bongani Tembe’s report is very ambitious, the DA understands that there has been no proper consultation between Tembe, CEO and Artistic Director of both the Johannesburg Philharmonic Orchestra (JPO) and the KwaZulu-Natal Philharmonic Orchestra, and the CEOs of the country’s various other philharmonic orchestras.

The DA calls on the parliamentary portfolio committee on sports, arts and culture to haul Minister Mthethwa and Tembe before Parliament to present the committee with the concept documents, the work plan that should have been developed by the advisory board – which has been established by the Minister, and the implementation plan for the NPO. Had the Minister followed the correct procedures, this should have already been done.

The Minister and Tembe must also present a detailed business and operations plan, including how the CEO envisions the employment of 254 musicians, how the NPO will work with the regional orchestras to ensure delivery of promised concerts, how the NPO will develop the orchestra and ensure high quality performances when the musicians will have limited time to practice together, and which processes he will put in place to ensure that other orchestras are not undermined.

It is very concerning that the first concert is set for two weeks today in Johannesburg when the NPO has not even been formally announced yet, and that two international dates have also already been set for Indonesia and Algeria. This, and the South African tour that is apparently planned for December 2022, will cost a huge amount of money.

It is simply astounding that the Minister would choose to spend R30 million on the yet to be established NPO while regional orchestras are struggling and are just getting back on their feet after two years of Covid-lockdowns when they received barely more than disdain from Minister Mthethwa and the National Arts Council (NAC).

Minister Mthethwa has once again dropped the ball and proved that he is completely out of touch with the sectors he is meant to serve.