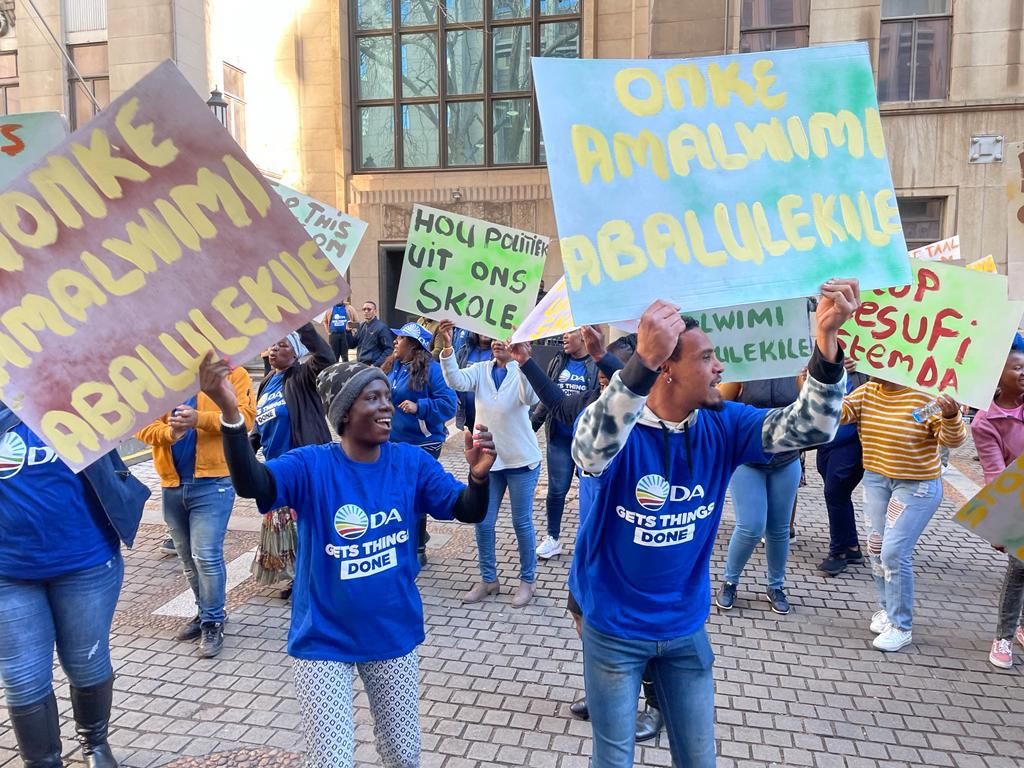 Today, the DA protested against the draconian Basic Education Laws Amendment (BELA) Bill and handed a memorandum to the office of the Gauteng MEC of Education, Panyaza Lesufi.

The DA has numerous concerns with the BELA Bill, as outlined in our formal submissions to the parliamentary portfolio committee on basic education.

The Bill, and the ‘Lesufi clauses’ in particular, seeks to disempower school governing bodies (SGBs) by removing their power to ultimately decide their schools’ language and admissions policies. It further fails to address the effective regulation of blended and online learning; fails to engage properly with the home schooling sector to determine accountability measures to ensure quality education; and fails to take into account the financial, human resources and infrastructure impacts of compulsory grade R education.

The DA demands that:

The DA will do everything in our power to ensure that children are empowered through empowering their SGBs. All children deserve quality education. It is time Lesufi, Minister Motshekga and her Department focused on addressing the serious concerns plaguing the basic education sector instead of trying to centralise power and bully schools and SGBs that want the best for their children and communities.

The Department must address the following serious concerns:

We call on the public to submit their concerns in writing to Llewellyn Brown, the secretary of the parliamentary portfolio committee via email to belabill02@parliament.gov.za or online at https://forms.gle/MoC6AdbdQyYPk3Y49 or via WhatsApp: +27 60 550 9848 by no later than 15 August 2022 at 16:00.