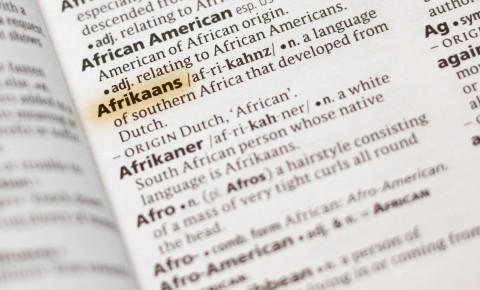 For the second time in one month, sustained DA pressure has defeated an attempt by the ANC national government to undermine the linguistic and cultural rights contained in section 30 of our Constitution. Following weeks of intense resistance by the DA and civil society, including our petition that garnered 10 000 signatures, mass protests and a historic protest concert presented in conjunction with leading Afrikaans musicians, Minister of Arts and Culture, Nathi Mthethwa, has today officially confirmed that “there will be no name change on the Afrikaanse Taalmonument [sic]” located in Paarl, Western Cape.

This latest victory in the DA’s ongoing work to protect South Africa’s rich cultural and linguistic diversity from the ANC follows hot on the heels of our successful campaign to force Higher Education Minister Blade Nzimande to acknowledge Afrikaans as a fully-fledged indigenous African language.

The ANC’s latest concession of defeat to the DA came in the response to a written parliamentary question released earlier today. In the DA’s parliamentary question to Minister Mthethwa, dated 27 May, we had asked him whether his plan to remove Afrikaans from the name of a monument designed specifically to celebrate the diverse roots of this indigenous language indicated that his department had banned the existence of all monuments celebrating the indigenous languages of South Africa, or whether he was exclusively targeting Afrikaans for removal from our heritage landscape.

In the response received today, Mthethwa buckled under public pressure by making a dramatic 180 degree U-turn from his earlier instruction that the name should be changed: “No such policy has been made by the Department or the Ministry to remove Afrikaans from the name of the Afrikaanse Taalmuseum and monument. So there will be no name change on the ATM [sic].” It is a breach of the Executive Ethics Code for any Minister to mislead Parliament, which means that the commitment contained in this answer is now binding on the Minister.

The DA is however keenly aware that there was, in fact, an earlier instruction from the Minister for the board of the Taalmonument to remove Afrikaans from the name. This was confirmed in an official statement issued by the chairperson of the board. Given Mthethwa’s attempt to backtrack from that instruction, as well as Nzimande’s earlier and similarly-failed attempt to classify Afrikaans as “foreign,” the DA will continue to lead the fight to protect all of our country’s our indigenous languages and cultures from the ANC.

These successive DA victories over Nzimande and Mthethwa’s hateful attacks on Afrikaans serve as powerful proof that the DA gets things done to protect our country’s linguistic diversity and heritage. Rather than regarding that diversity as a problem that must be eradicated, the DA proudly embraces our diversity as an asset. These successive victories also confirm that, because the DA actually does the hard yards rather than merely offering up empty words, we remain the only political party capable of stopping the ANC dead in its tracks whenever it launched an assault on our Constitution.