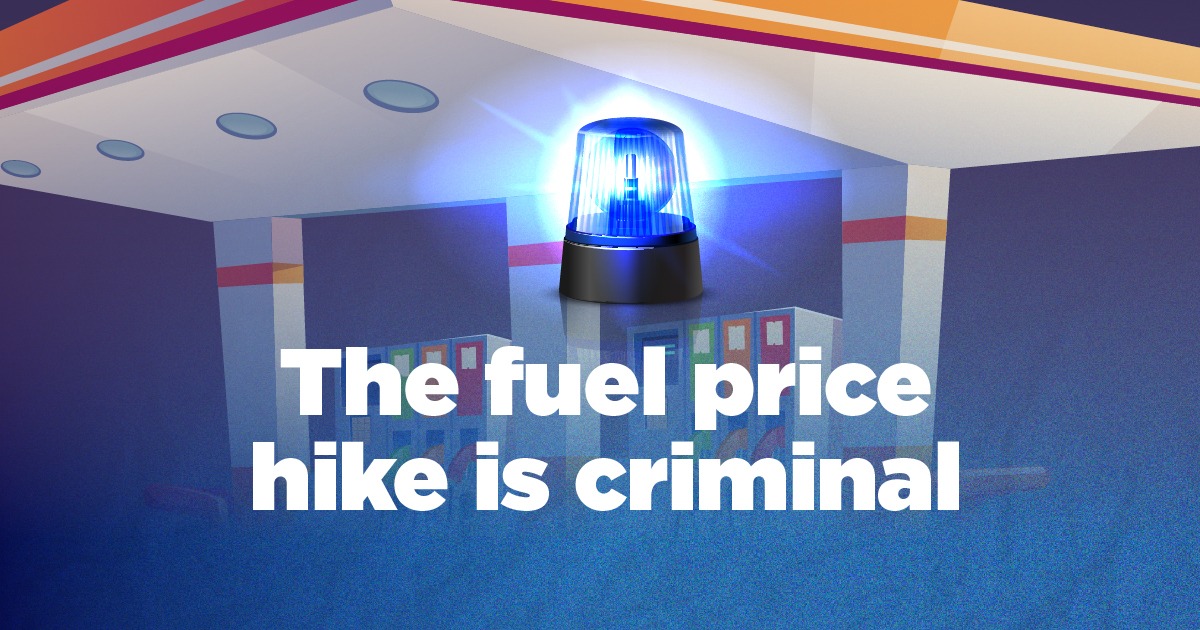 Attached are soundbites in English and Afrikaans by Kevin Mileham MP, DA Shadow Minister of Mineral Resources and Energy

“The extension of the R1.50 relief that was also announced shows how absolutely flexible, unnecessary and abuseable the fuel levy is. It is also little more than a sideshow, designed to distract from the highest fuel price increase in history.” – Kevin Mileham MP

The ANC government is using the centrally controlled fuel price to thieve and loot South Africans of their money. The exorbitant new fuel price, announced a short while ago, is nothing short of criminal.

The ANC government, which adds 33% to the fuel price through taxes and levies, is taxing South Africa into poverty. The knock-on effect of this fuel price will literally take food off the table of hundreds of thousands of people. Starvation, malnutrition, and death caused by this is criminal too.

The extension of the R1.50 relief that was also announced shows how absolutely flexible, unnecessary and abuseable the fuel levy is. It is also little more than a sideshow, designed to distract from the highest fuel price increase in history.

The simple, effective demands the DA had made, would have stopped the skyrocketing fuel price, but the ANC chose to inflate prices instead.

The DA solution, which should have been adopted by the ANC government was simple:

1. Extend the temporary relief on the fuel levy, currently R1.50 per litre;
2. Better still, scrap the fuel levy entirely, saving R3.93 per litre;
3. Allow drivers out of the unnecessary R2.18 Road Accident levy; and
4. Deregulate the fuel price immediately, so that competition can drive down prices.

The DA will keep up the fight to slash fuel prices. This announcement does not deter us, but makes the fight more urgent and more meaningful. The DA is determined to make our demands inescapable by this failing ANC government.

The fight against these fuel prices goes on, with more vigour and determination

Today the ANC government may have chosen to give itself another tax boost, by squeezing us all at the pumps, but these are the actions of government which has long given up on caring for people – and the time is coming for people to give up on the ANC too.