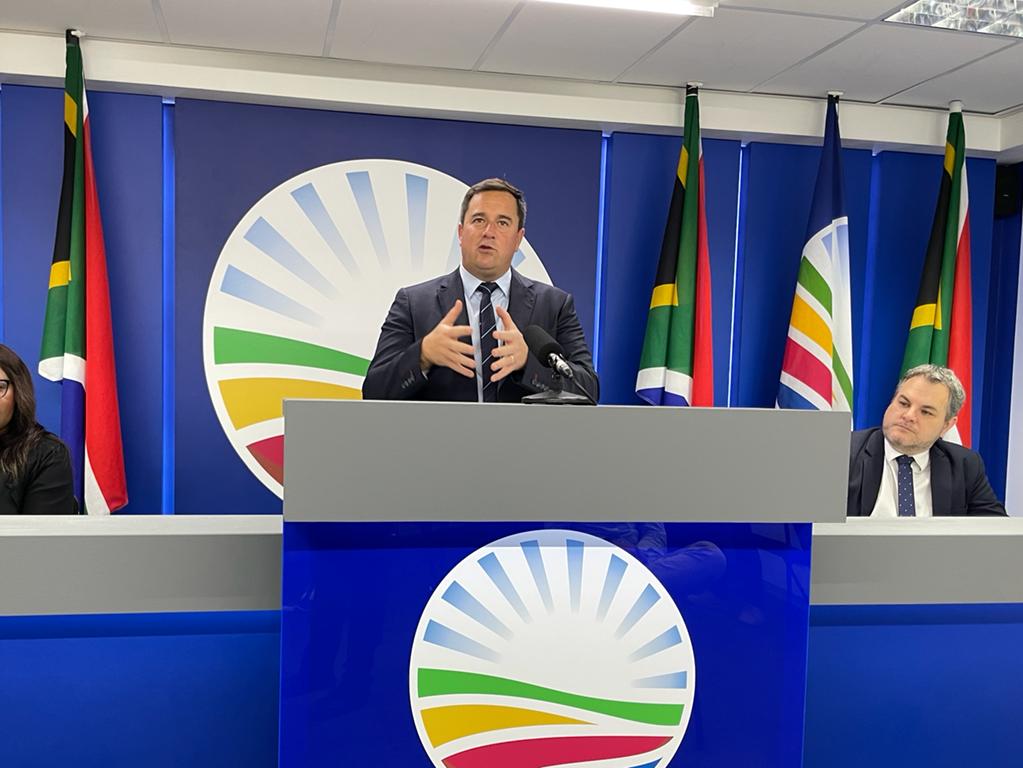 The DA is leading the charge to slash fuel prices. The price of petrol is set to go up by almost R4 per litre next week, to around R25 per litre.

This will drive food prices up still further and deal a devastating blow to millions of poor households already struggling to put food on the table.

If we do not stop this fuel price increase, millions more people will fall into poverty, children will be stunted, people will starve, businesses will go bankrupt, jobs will be lost and mass riots could be sparked, such as in Sri Lanka last month in response to fuel price hikes there.

The timing of this massive petrol price hike could not be worse, with South Africans battling under the weight of 46% unemployment, rolling blackouts, irrational Covid regulations, flooding, drought and collapsing service delivery.

Add to that the impending impact of global inflation, supply chain disruptions, and export blocks brought on by Russia’s invasion of Ukraine and it is clear we are racing headlong into a perfect storm.

It is inconceivable that the government would hit South Africans with a massive fuel price hike at a time like this. Kicking a nation on its knees.

South Africans simply cannot afford to pay R25 per litre for fuel. And they shouldn’t have to.

The fuel price is one of the last remaining regulated and centrally controlled consumer prices. Fuel is grossly over-taxed, with 33% of the cost per litre going to government coffers. It is literally being used as a cash cow for treasury. This must end.

Petrol in Swaziland, Mozambique, Botswana, Tanzania, Namibia and Kenya is on average about R5 cheaper per litre, because their governments don’t tax it as much. The South African government can do something to lower the fuel price in South Africa, it just chooses not to.

It’s time for the nation to unite and say: enough is enough. We need to stand together and make it clear that we will not accept exorbitant petrol prices that are artificially inflated by our uncaring government.

The DA is pursuing every available avenue to prevent the upcoming rise in fuel prices and to slash fuel prices going forward. We will fight this fight on behalf of every South African battling to make ends meet, because we care about their plight.

I am pleased to announce that the Speaker of the National Assembly has acceded to the DA’s request for an urgent debate on Fuel Price Hikes. We urgently need to have a national discussion about petrol prices and the measures we can take to reduce them.

The DA proposes the following interventions:

2. Give exemptions to the RAF Levy:

Through a SARS tax rebate, government should exempt those who already pay for comprehensive third party insurance from the RAF levy. This includes bus, taxi and transport companies, and private commuters. This would free up the RAF from claims for those drivers and save those drivers another R2.18 per litre, who would get this back as a tax rebate from SARS.

The cost of fuel can be further reduced by deregulating the fuel sector to spur competition between sellers, as per the DA’s pending Private Member’s Bill.

The forces of market competition among fuel sellers, in a market for 11 Billion litres of fuel a year, would naturally drive down prices as they compete for business. Like any other consumer good, it is only reasonable that the same market competition determines the final price at the pump.

To this end, the DA has a Private Members Bill going before Parliament soon to de-regulate the Fuel Price. We call on all Parties to support this.

We call on the ANC government to implement these proposals in order to achieve the reduction in fuel prices necessary to avert mass hunger and suffering.

We call on South Africans to unite behind our call for lower fuel prices.

Please co-sign the national letter to the government (ministers of finance and energy) to prevent the fuel price increase in June. Join our campaign to slash fuel prices now.