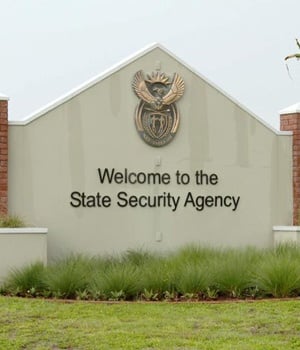 The DA completely rejects the appointment of Minister in the Presidency, Mondli Gungubele, as the political head of the State Security Agency (SSA) – carefully tucked under Ramaphosa’s wing.

While we believe that urgent intervention was needed in terms of the lack of Intelligence before the catastrophic unrest in KwaZulu-Natal and Gauteng last year – and indeed long before then – the DA does not believe that centralising the SSA under the President is the right move.

We believe this is nothing more than a political chess move in the ANC’s factional war. President Cyril Ramaphosa’s tenure as leader is, in fact, paralyzed by this battle between ANC factions, to the detriment of every soul living in South Africa.

Appointing his close ally as the political head off the SSA will only fan the flames of distrust. This move also makes oversight over the SSA extremely difficult. If the past 27 years taught us anything at all, it is that the ANC – no matter who is at the helm – cannot be allowed to govern without meticulous oversight. As DA Leader John Steenhuisen has rightly highlighted, even the CIA and the FBI in America are accountable to the Congress and the Senate.

When the President swept Intelligence under his wing in August, the DA stated that the nation should not be left hoping that we won’t have a repeat of Zuma’s misuse of the various intelligence agencies.

While the DA admits that Minister Gungubele by all accounts has an excellent reputation, it seems he has virtually no Intelligence background. He has previously been Deputy Minister of Finance and worked in various provincial capacities. While stellar character is sorely missed in the President’s Cabinet, expertise and experience must reign supreme when appointing the person meant to right the floundering SSA, and Crime and Defence Intelligence units. The alternative leaves an inexperienced Minister being guided by already deeply compromised SSA staff.

Dr Sydney Mufamadi, who penned the High-Level Review Panel Report on the SSA and chaired that investigation, would have been a much better Minister, and the DA strongly advises the President to promote him from advisor to Minister. If it means losing embarrassments like Lindiwe Sisulu, Lindiwe Zulu, Bheki Cele, or indeed 90% of the ANC Ministers, the country would be better off for it.

South Africa simply cannot afford a veil of secrecy over the SSA. Sadly that is all the President has achieved here. The fact that he has chosen to go against the High Level Review Panel report’s advice, speaks volumes. Especially in the light of the approaching ANC elective conference. The country is suffocating under the ANC government and finding new ways to hide the bodies in order to protect cadres and cronies cannot and should not be tolerated.