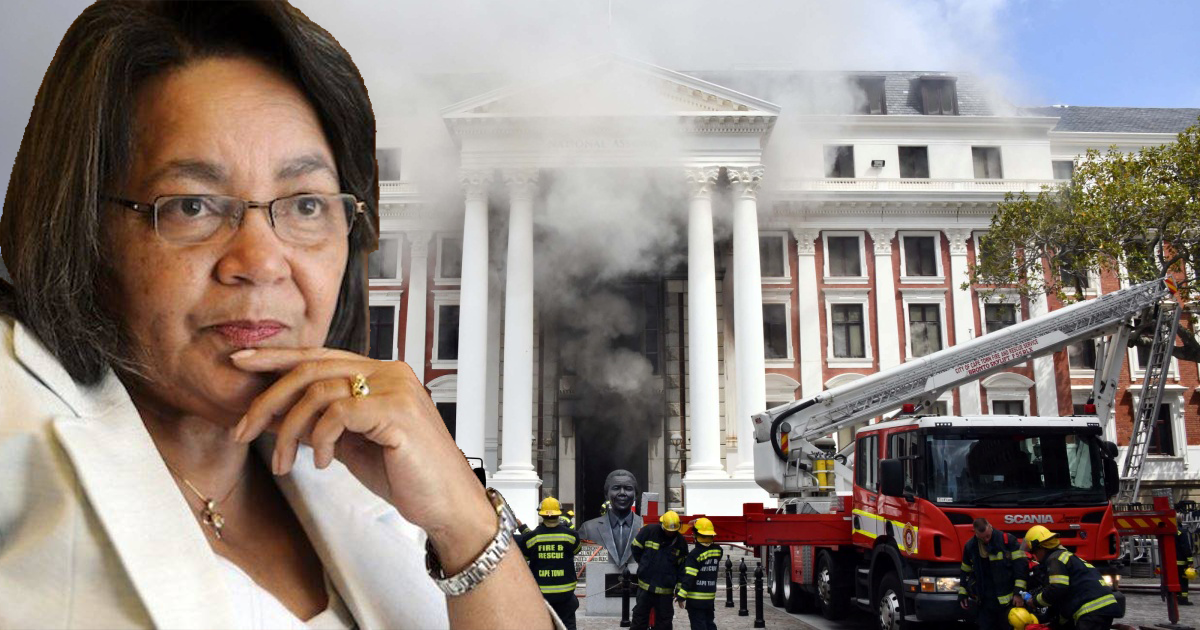 The release of post-incident report prepared by the City of Cape Town’s Fire Department is just another nail in the coffin of those who were tasked with protecting our Parliamentary precinct, and didn’t.

Despite assurances given to the Members in the briefing on Tuesday, 4 January 2022, it is clear there has been an absolute dereliction of duty with respect to the fire safety in Parliament. The briefing by Minister De Lille and the Chairperson of the National Council of Provinces was nothing more than obfuscation and misdirection.

According to the report presented by the Department of Public Works and Infrastructure, the fire protection system was regularly inspected and maintained. The report stated categorically that the fire sprinklers are maintained annually.

However, the post-incident report indicates that the last time the fire sprinklers were serviced was in 2017 and that there was no indication that the scheduled maintenance in February 2020 had been done.

One of the glaring issues in the post-incident report is that the sprinkler system valve should have been in an open position with a chain around it to prevent it from being inadvertently closed. This was not the case and if the inspections had been done, it would have been discovered and rectified.

The presentation by the DPWI also stated that “[T]he pre-SONA 2021 inspection showed no irregularities with any of the equipment and the fire Department requirements were addressed adequately”.

However, a copy of the Inspection Report conducted by the Fire Department prior to the 2021 SONA highlights a number of issues and non-compliance with several of the City’s fire by-laws. These include poorly operating fire panels and fire phones and missing fire detection detectors. In addition, the Fire Department was unable to fully inspect sections of the precinct due to the construction taking place.

The DPWI report was explicit that the fire panels were rewired and reset after the power incident in December 2021, as was the gas suppression system. However, all indications are that the fire detection and alarm system was either faulty or not working at all as no alarm was triggered within the two affected buildings – the Old Assembly and the National Assembly. The only alarm triggered was in the adjacent Tuynhuis Building after the Fire Department was already on the scene.

The glaring inconsistencies between the information that was provided to the Members of Parliament on Tuesday and the information gleaned from the post-incident report smacks of an attempt to shield officials and the Executive from culpability. It is becoming more and more evident that people did not do their jobs and this failure resulted in a fire of devastating proportions that is going to cost the taxpayers of this country billions of rands.
We cannot allow the Minister and her Department to evade accountability.

Minister De Lille must come clean about the failings of her Department to protect our heritage, the warnings that were issued in reports such as the BDO report and the ongoing misinformation and lack of information being provided to Members of Parliament. Because ultimately, the truth will out.