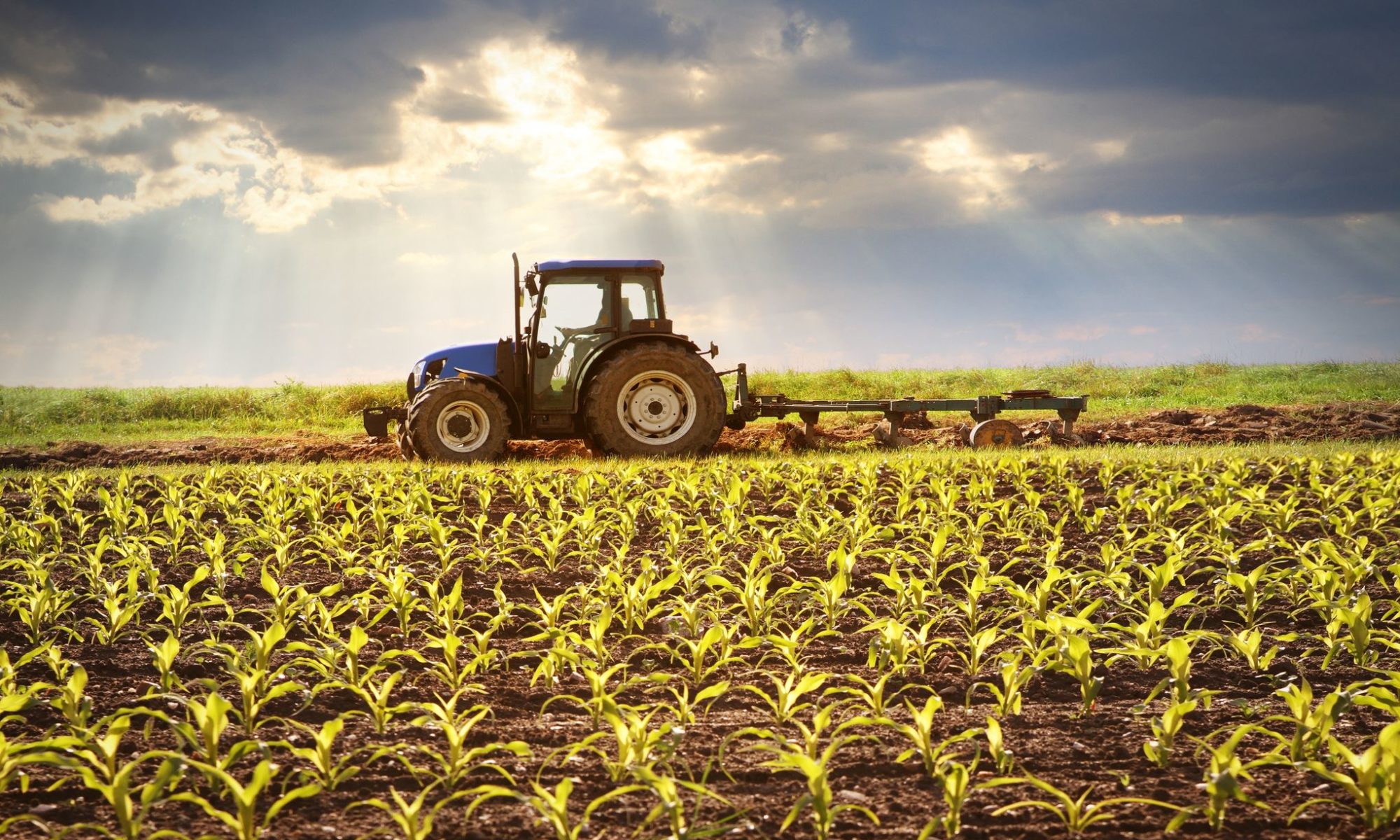 The DA has been inundated with concerns raised by subsistence producers who applied and received Presidential Employment Stimulus (PES) vouchers to help them buy inputs for this current cycle of farming.

While we support any agricultural initiative to improve food security and create and retain jobs, the DA does not condone initiatives that empower third parties whose role in the initiative is not clear.

This is another example of wasteful expenditure to agree on a commission without outlining clear performance indicators by the service providers. The DA intends raising this matter at the portfolio committee and ask for the appearance of the department to explain these arrangements.

The DA agrees fully with farmers who are raising concerns that the government is not getting value for money. Farmers are appealing to the government to issue them with vouchers without an obligation towards these middlemen or agents who often don’t understand their farming operations.

The DA calls on subsistence farmers with vouchers who are being charged above the normal prices on their input items to report these issues by contacting the DA or the Department of Agriculture, Land Reform and Rural Development. Further, we request the Minister of Agriculture, Land Reform and Rural Development, Thoko Didiza, to review these arrangements with the middlemen and get more money in the hands of the producers. 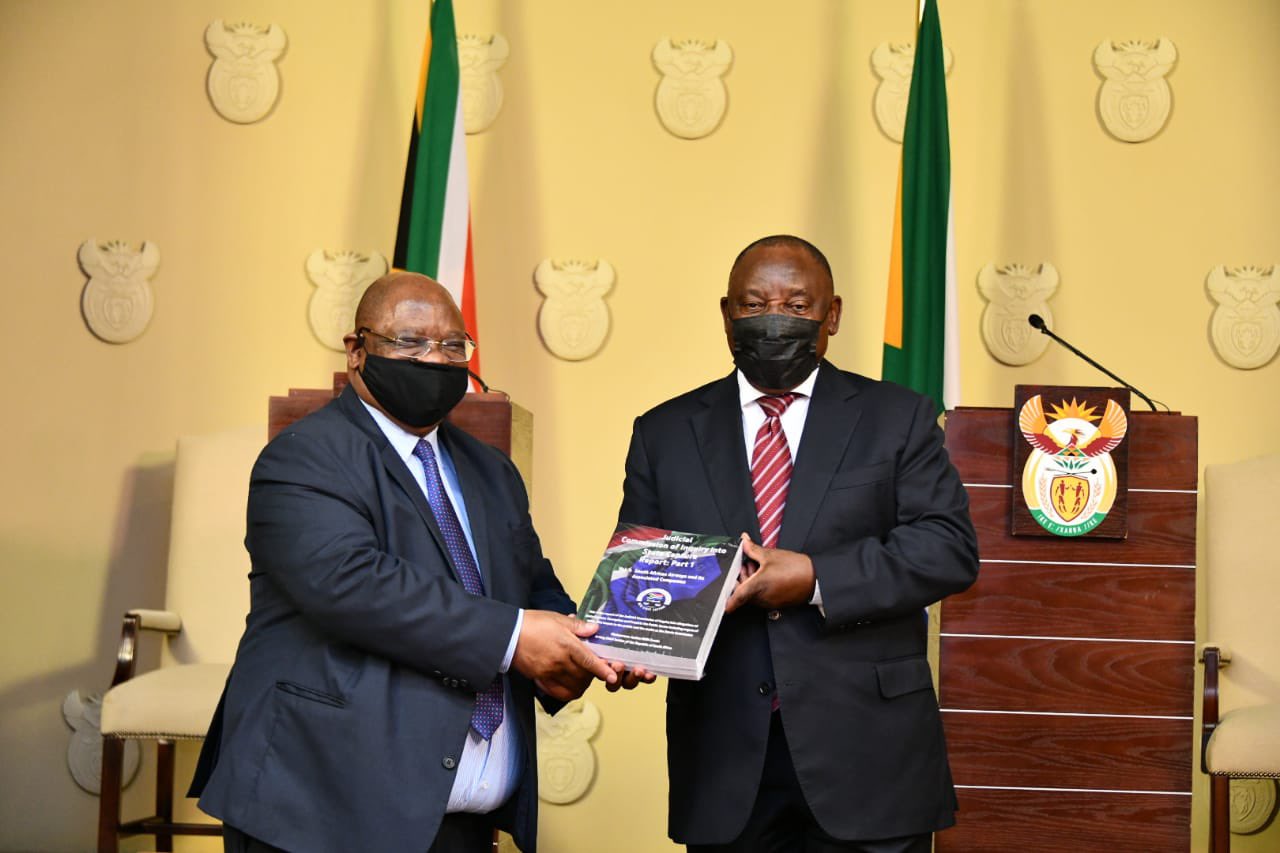 As the first of three reports from the Commission of Inquiry into State Capture was handed to President Cyril Ramaphosa yesterday, our nation must now embark on the arduous journey of ridding our country of impunity and political unaccountability by charging the accused, placing them behind bars, and eradicating the scourge of ANC corruption once and for all.

I call on President Ramaphosa to urgently table the first Zondo Report in Parliament so that the legislative wing of our constitutional democracy can get to work studying its findings and taking the necessary remedial action.

The devastating fire at the National Assembly over the past 48 hours may have damaged the brick and mortar of the building, but Parliament and its duty to the people of South Africa must remain strong and effective as we enter a crucial period in post-democratic history, both for political accountability and constitutional democracy.

For far too long the ANC’s pervasive and insidious style of corruption and tender manipulation, aided and justified by the party’s cadre deployment policy, has hollowed out our public service, awarded tenders to friends and family, and robbed taxpayers of the services for which they continue to pay.

But, more importantly, the ANC’s culture of political unaccountability and impunity must fall if we are to set a precedent to deter the wholesale capture of the state by politicians ever again.

Together with the DA’s Shadow Cabinet, I have begun studying the reports extensively to determine what action needs to be taken in this regard. Ministry by ministry, department by department, and individual by individual, we will ensure that a culture of accountability is restored in South Africa.

The DA will not bow to threats of political terrorism by those who seek to evade scrutiny and prosecution. Whether it be alleged acts of sabotage on our buildings and institutions, incitement to violence by politicians and their ilk, or any other attempts to derail political accountability, we will fight to the very end to ensure that South Africa has a government of transparency and integrity, based on the founding principles of our constitutional democracy.

South Africans have seen countless Commissions of Inquiry, investigations, and reports over the years which have led to no prosecutions and no consequences for those implicated.

The DA will ensure that Judge Raymond Zondo’s findings, after a four-year-long Commission of Inquiry into State Capture, are implemented.

South Africans deserves justice for the estimated R1 trillion looted through ANC corruption over the past decade and the subsequent decline of our country and its people in the shadow of political greed.

The Zondo Reports must spell the end of political unaccountability and cadre deployment in South Africa once and for all. 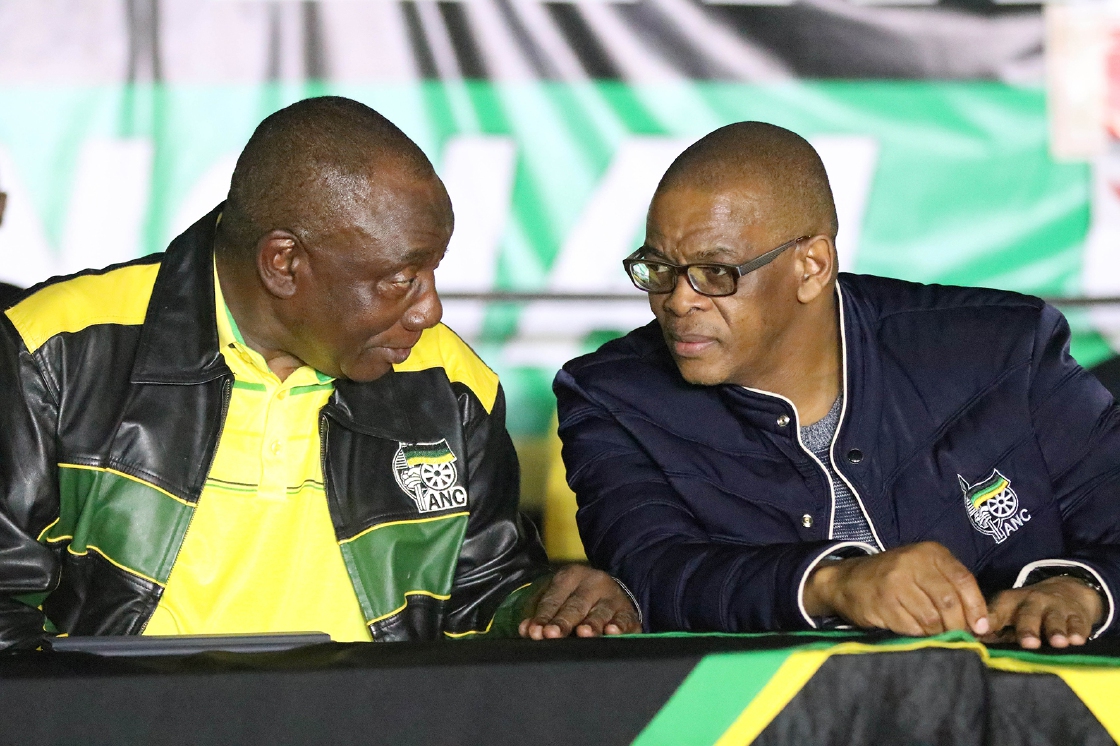 Following months of sustained pressure by the DA, the State Capture Commission has made public the minutes of ANC cadre deployment committee meetings. Since the minutes only appear to date back to 2018, the DA will continue our court battle to also publicise cadre deployment records from before 2018 – when President Cyril Ramaphosa chaired the committee that captured, corrupted and collapsed our state.

The minutes show that, between 3 December 2018 and 17 May 2021 under the presidency of Cyril Ramaphosa, the ANC’s cadre deployment committee interfered in the appointment of senior public servants to at least 96 different government departments, agencies and the boards of state-owned enterprises.

Just as shocking is the fact that the minutes indicate that applicants in some cases applied directly to the ANC’s deployment committee. “Applications for deployment” were discussed as a standing item during numerous meetings. If it is indeed the case that applicants send their applications and CVs directly to the ANC rather than to the government, it makes a complete mockery of the state’s own appointment process because it is the ANC that ultimately decides who gets employed.

These records reveal the fundamental truth that state capture was a deliberate and systematic project undertaken by the ANC through its cadre deployment committee to capture every single state institution in the country to serve the party and its corrupt ends, rather than the people of South Africa.

This interference started at the very highest levels of our state, as the minutes show that the ANC’s cadre deployment committee pre-selected the appointment of judges Majiedt and Tshiqi to the Constitutional Court, thereby turning the Judicial Service Commission into a mere rubber stamp. The committee also pre-selected judge Petse for appointment to the Supreme Court of Appeal, judge Molahleli to the Labour Court, and judge Phatswane to the Northern Cape Division. The minutes show that the ANC similarly interfered in the appointment of the deputy chairperson of the South African Human Rights Commission – which is supposed to be an independent Constitutional entity – as well as the board of the public broadcaster, the SABC.

The ANC’s capture of our state through its cadre deployment committee extends deep into every part of the South African state. The records obtained by the DA show that its tentacles have deployed “loyal cadres” that serve the ANC rather than the people of South Africa into every conceivable state institution, including institutions that play a role in safeguarding our country’s national and economic security. In addition to interfering in appointments to the judiciary, the public broadcaster and the Human Rights Commission, the ANC also sought to deploy party cadres to the Defence Force Service Commission and the ARMSCOR board, the nuclear energy board, PetroSA, and the Central Energy Fund.

The ANC’s cadre deployment committee further oversaw the appointment of party cadres rather than qualified and independent professionals to critical service delivery institutions. This includes the Rand Water CEO and the Nkomati, Bloemfontein, TransCaledon and Amatola, Lepelle Northern, Umgeni, Magalies and Sedibeng Water Boards. Even as the cadre deployment committee considered these appointments, it noted – apparently without irony – that “there is no water in Jagersfontein in the Free State.” The ANC similarly interfered with appointments to the South African Post Office board, the transport department, PRASA, the Road Accident Fund, the Post Bank, the National Lottery, the Railway Safety Regulator, and SANParks.

The deployment committee also apparently worked to appoint loyal cadres as Director-General of the Department of Public Service and Administration and the Principal of the National School of Government despite the fact that these institutions are supposed to oversee the much-vaunted professionalisation of the public service.

These records vindicate the DA’s decades-long battle against cadre deployment. They confirm that the ANC has completely usurped the power to appoint officials throughout our state. The records also show that the ANC consistently appointed officials on the basis of the deployment committee’s opinions of the candidates, or on the basis of race, gender or other identity markers, rather than competence.

The public release of these records signals a critical turning point in the DA’s historic battle to end cadre deployment and build a capable state where officials are appointed strictly on the basis of their ability to do the job. We will consider and announce next steps in the coming days. 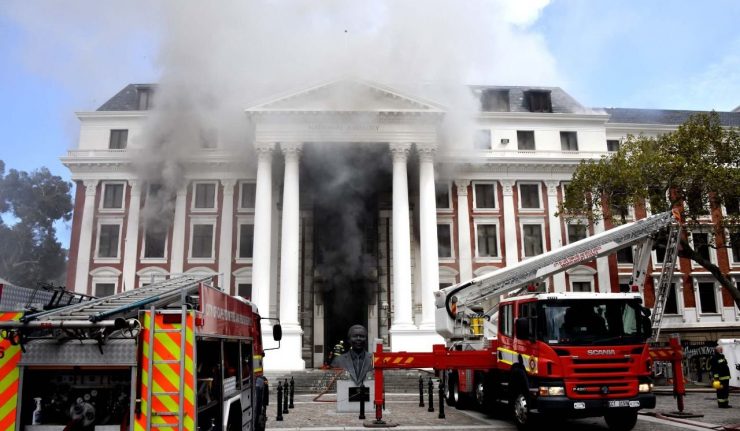 Please find attached a soundbite by the Chief Whip of the Official Opposition, Natasha Mazzone MP.

The DA applauds the speed and efficiency with which the Western Cape Government and the City of Cape Town reacted to the devastating fire that ravaged large parts of Parliament today.

We thank President Ramaphosa for acknowledging that the City of Cape Town has an incredible fire response team, and agree completely with his assessment. Had it not been for these firefighting heroes, who responded within six minutes of getting the call, we could have seen nothing but a pile of ash where the buildings of hope and freedom once stood.

It cannot be denied that the upkeep of Parliament, security and general maintenance has been headed on a downward trajectory for the last ten years. The buildings have become neglected, dirty, dangerous and certainly not befitting of the home of South Africa’s democracy. Today’s disastrous fire has been a catastrophe just waiting to happen.

It has come to our attention through the Chief Whips’ Forum that SAPS is awaiting permission from the Fire and Emergency Services to take control to conduct an investigation. It is our belief that an independent investigation should also be launched immediately, led by fire, arson and forensic experts to ensure nothing is missed or overlooked.

We urgently request that this investigation assesses how this fire started and spread with the speed and ferocity that it did to all the houses.

We demand an urgent meeting of the Chief Whips’ Forum to get a full report of matters as they stand.

We also demand that the Minister of Public Works, Patricia de Lille, makes public the documents in her posession regarding the previous fire.

It has been reported that a 51-year-old male is being held for questioning. The truth must out, and the President, Minister Bheki Cele and Minister Patricia de Lille must be completely open and transparent in sharing all information with the South African public. It is after all the People’s Parliament and they have the right to know the truth.

In the emergency meeting of the Chief Whips, it is vital that a decision is made as to where parliament will sit while repairs take place, how SONA 2022 will be conducted and from where staff will work. It is essential that the People’s Parliament must continue to sit and hold the government and the executive to account.