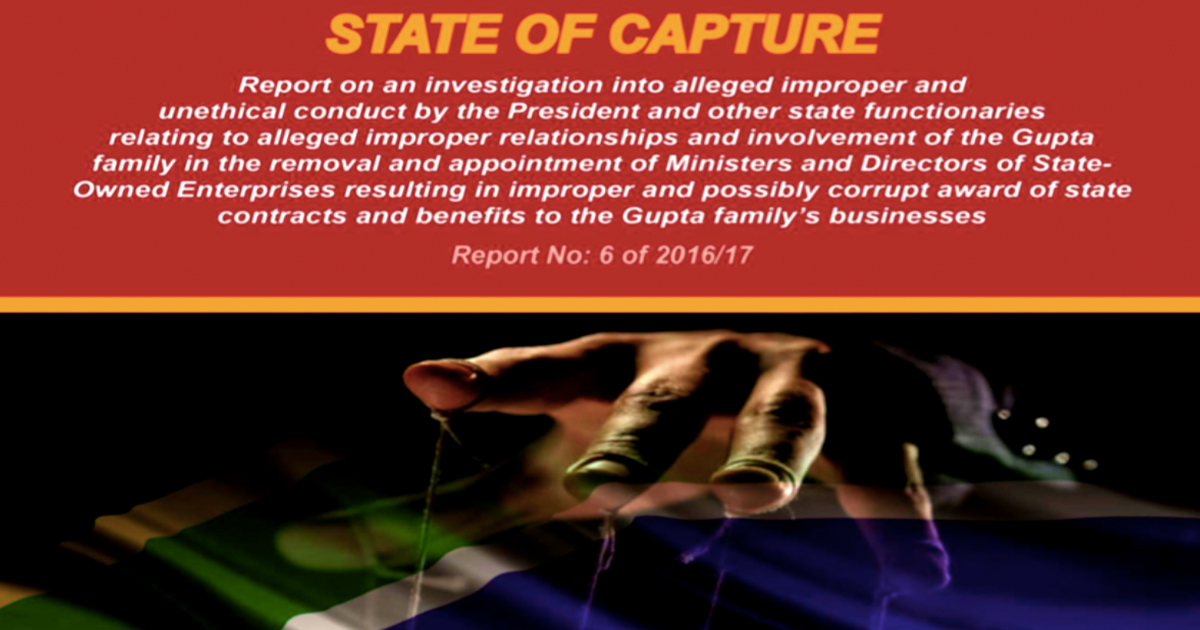 The Democratic Alliance (DA) is concerned by the refusal of the Commission of Inquiry into State Capture to comply with a request we submitted over three months ago in terms of the Promotion of Access to Information Act (PAIA). In terms of our PAIA request, the DA had asked the Commission to make public the records of the ANC’s cadre deployment committee that were presented as evidence in front of the Commission during the testimony of ANC President Cyril Ramaphosa on 11 and 12 August 2021.

Following Ramaphosa’s testimony, during which it was revealed that his cadre deployment committee had even influenced the appointment of judges to various courts – including to the Constitutional Court – the DA on 25 August submitted a PAIA application requesting that the Commission make public “any and all meeting minutes, attendance registers, lists of decisions, contents of communication and all other records of the national Deployment Committee of the African National Congress that the Commission has in its possession.” In terms of PAIA, the Commission was legally required to inform us whether it would comply with our request within 30 days.

The Commission however violated this deadline. Over 90 days after we submitted our request and despite our repeated pleas, the Commission has still not provided us with an answer. As a result, our lawyers sent the Commission a letter of demand requesting that we be provided with an answer by 22 November. Once again, the Commission ignored us. I am advised by our attorneys that this latest brushing off of the public’s right to see these records amounts to a “deemed refusal” in terms of PAIA. In other words, by postponing and ignoring our request for more than three months, the Commission has effectively refused to make this information public so that the people of South Africa can see how the ANC’s cadre deployment committee corrupted, captured and collapsed our state.

Instead of providing the DA with the requested documents, which entered the public domain as soon as the ANC handed them to the Commission, the Zondo Commission tried to outsource this decision – to the ANC.

On 16 September, in a move akin to asking a thief whether stealing should be illegal, the Commission requested the ANC’s view on whether evidence of ANC cadre deployment corruption should be made public. On 7 October, the ANC predictably responded by pleading that the records of how they captured and corrupted the state should remain hidden from public view.

In a clear sign of just how damning – and therefore publicly relevant – these records are, the ANC even asked the Commission not to share the information because it was just “days before a local government election is set to take place.”

Distressingly, the Commission fell completely silent after receiving this plea from the ANC to be protected from the political fallout of making these documents public. Even after our final letter of demand sent last week, the Commission has still not even demonstrated the common courtesy to acknowledge receipt of our latest letter.

It is further worth noting that the Commission has routinely published hundreds of thousands of pages of evidence on its website – yet refuses to similarly publish what may be the most vital evidence it has heard during the past four years on how the deployment committee that was chaired by Cyril Ramaphosa between 2013 and 2018 captured the state.

The DA is fighting to expose the truth about Ramaphosa’s cadre deployment policy on behalf of every South African citizen who wants to live in a country with a functioning and honest state. We are disturbed that the State Capture Commission refuses to allow South Africans to see the inner working of the very committee that laid the foundation for state capture. This clearly runs contrary to the Commission’s mandate and violates the spirit of trust it is supposed to help repair.

In the interest of protecting the Commission’s integrity and fully exposing to the South African people how Ramaphosa’s cadre deployment committee captured, corrupted and collapsed our state, the DA publicly calls on the Commission to immediately comply with our PAIA request and publish complete and unredacted copies of the ANC’s cadre deployment records.

It is time to stop hiding these records from the people of South Africa, who have the right to know the full and unvarnished truth about ANC cadre corruption.