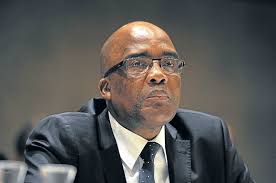 The DA calls on the Minister of Home Affairs, Dr Aaron Motsoaledi, to ensure that the long queues and extensive times that Home Affairs offices are not operational are addressed as a matter of urgency.

He must instruct the State Information Technology Agency (SITA) to fix the various on-site connectivity problems that causes hours-long down times. He must also extend the operating hours of Home Affairs offices and ensure that the hours lost while the network was off are recouped, as was done during the recent local government elections.

The Expanded Public Works Programme (EPWP) workers that were deployed to the Eastern Cape to serve as marshals and assist with long queues during the elections should also be deployed on a more permanent basis until all the problems leading to the massive queues have been resolved.

Yesterday during an oral question session held at Parliament, Minister Motsoaledi cited problems with power supply; cable theft; router connectivity; and ageing equipment, which may cause the system to be stuck for 3 hours a day, as the many issues plaguing Home Affairs offices every day.

The Department of Home Affairs must understand that people often spend money they can’t spare to travel to get essential documents only to be turned away time and again. These millions of people have bigger concerns than the mere frustration of having to return another day. Repeated visits to Home Affairs offices often mean that they can’t feed their families that day and cause severe budget constraints for the rest of the month. For people living under the breadline it’s more than an inconvenience, it’s a struggle for survival.