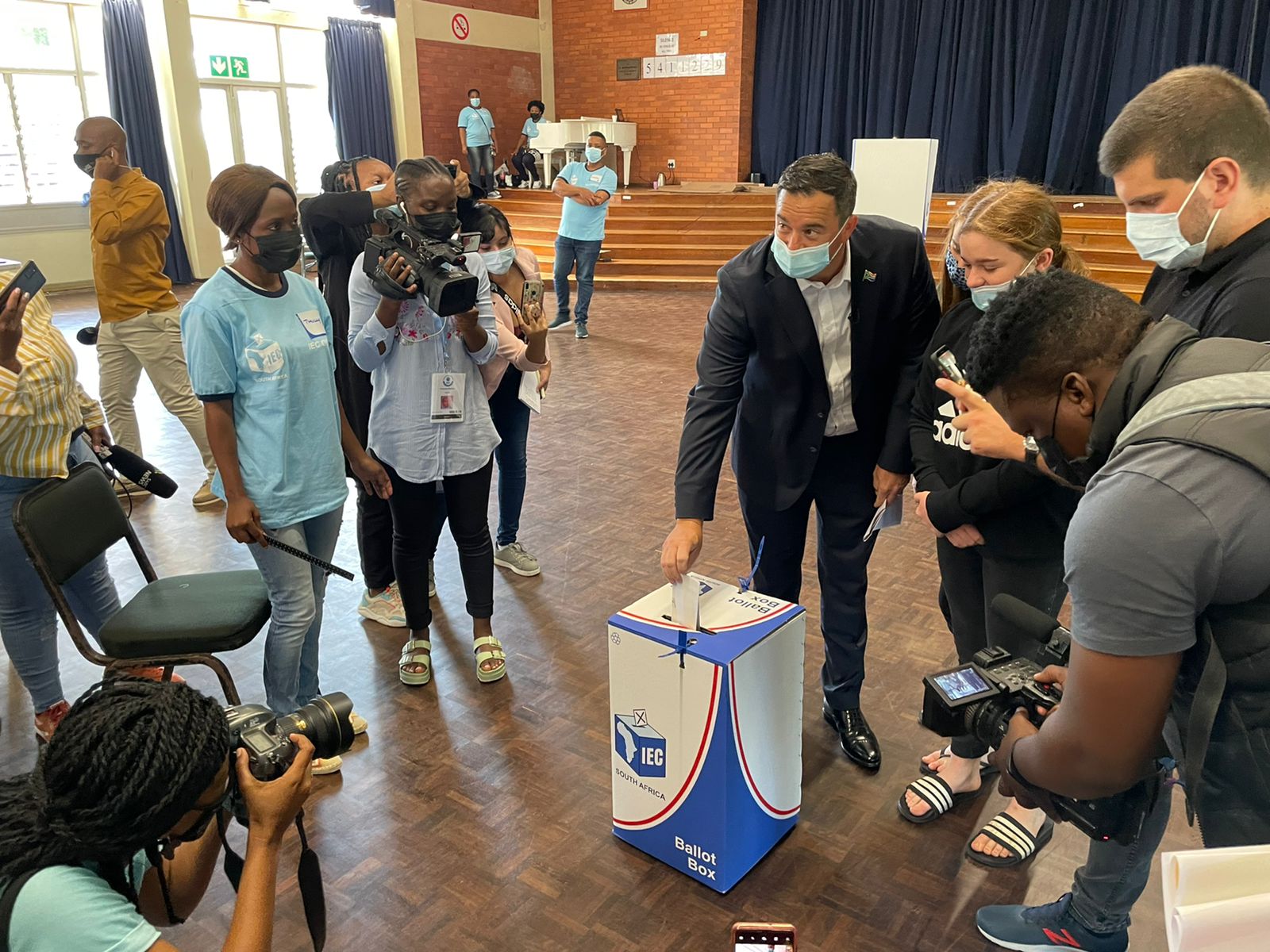 This morning I cast my vote in the 2021 Local Government Elections at the Northwood Boys High School in Durban North, as I have done since I was first eligible to vote many years ago.

I was extremely heartened to see so many people out in the queue at the voting station, and in such high spirits. Everyone I spoke to there was in agreement that the only way we could save and protect our great metro of eThekwini was through the ballot box. Of all the mechanisms of participation and accountability provided for in our democracy, this once-in-five-years event is the one that really counts.

There was also a real sense of urgency and belief that this year’s election could be a watershed moment – not only in eThekwini, where the ANC’s majority is under real threat for the first time, but across the country as the inevitability of failure under an ANC government has become undeniably clear. I was proud and excited to be part of this wave of change this morning.

I would urge every South African who is eligible to vote today and who has not yet done so to put your shoes on, grab your ID and your mask, and head on down to your voting station right away. We dare not waste this momentum. Our country is ready to break with decades of corruption, mismanagement and failure and set course for a new and better future, but citizens have to choose that future themselves.

To do so, you need to be smart with your vote today. With so many conflicting appeals from so many different parties, it is critical that voters are able to see clearly what is at stake here and what these elections are about. This is not about ideology, or race, or culture or a distant struggle history. A local government election is about one thing only: Getting things done. It is about managing your town or city so that services are delivered, infrastructure is maintained and every cent of public money is looked after. Everything else is a distraction.

So get out there and vote smart, South Africa. We have a chance today to defeat the ANC and cut them out of our towns and cities. But that will only happen if enough people get behind the only party that can and will defeat them, and that party is the DA.