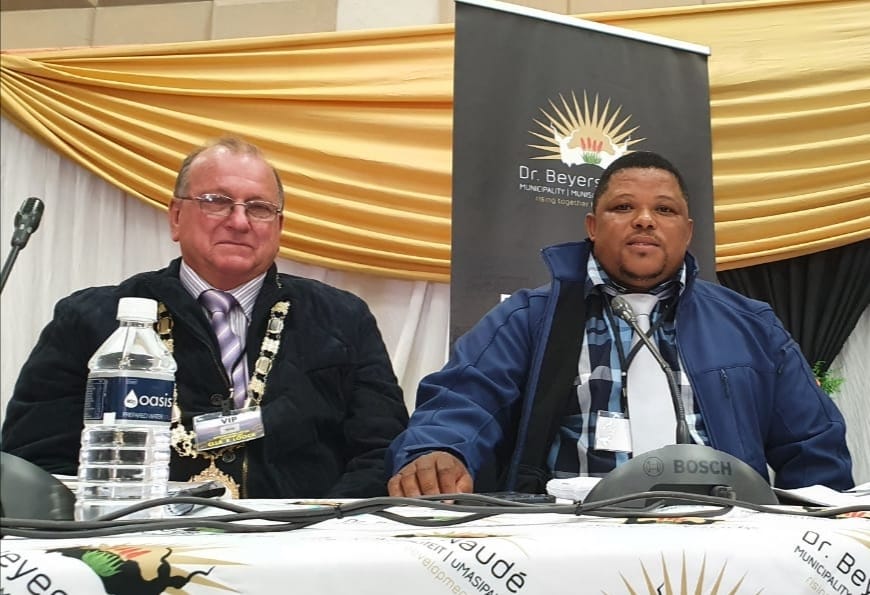 The DA welcomes the election of DA councillor Ewald Loock as the new Executive Mayor of the Dr Beyers Naude Local Municipality.

Cllr Loock has served as a public representative for the best part of 26 years – 13 years of which he served as the Mayor of the erstwhile Baviaans Municipality.

CSA Cllr Laughton Hoffman was elected as Speaker of Council and DA Cllr Ricardo Smith was voted in as Chief Whip. The councillor from the FF+ was elected to serve as a representative in the Sarah Baartman District Council.

Dr Beyers Naude will be sending three councillors to be representatives in the Sarah Baartman District Council. This will be one councillor from the DA, one from the FF+ and one from the ANC.

This coalition opens up new opportunities for the DA and its partners to bring change to the Sarah Baartman District by possibly taking over government of this district municipality.

A DA-governed Sarah Baartman District will see improved roads, economic growth, development of the tourism sector and better support in terms of disaster management – something that is desperately needed in this drought-stricken area.

Now, more than ever before, we are committed to serving the people of Dr Beyers Naude by ensuring transparent, corruption free governance and excellent service delivery to the deserving residents of this municipality.