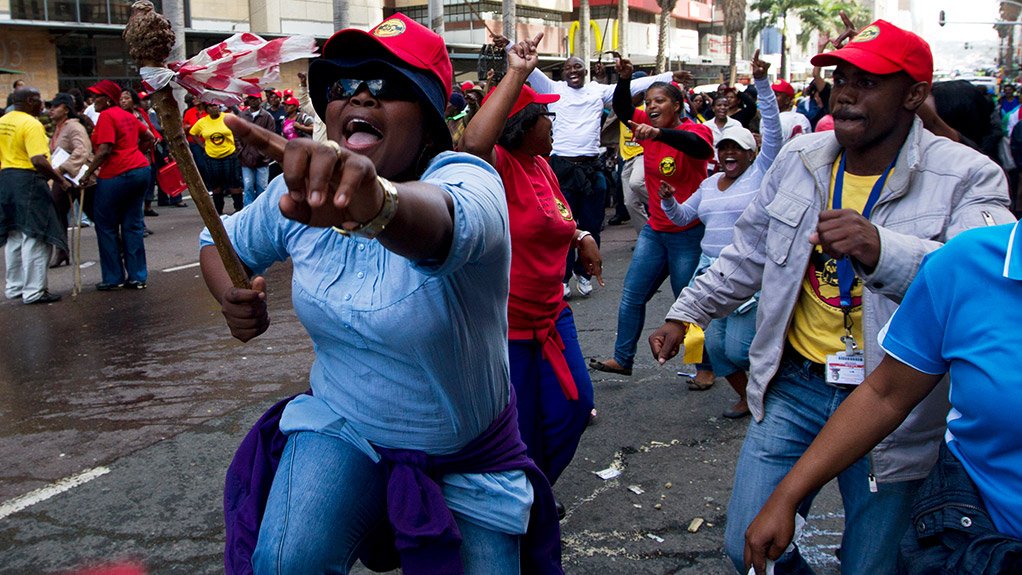 Today members of the South Africa Municipal Workers Union (SAMWU) embarked on an illegal strike to actively sabotage and disrupt operations in Tshwane.

SAMWU has indicated that they were protesting over the fact that the City isn’t implementing wage increases from the bargaining council collective agreement for workers.

In doing so they intimidated non-striking Tshwane staff and prevented them from entering their offices. They dumped waste on the streets, damaged water meters, blocked roads, opened fire hydrants and significantly disrupted traffic in the Inner City.

What is interesting is that SAMWU have not organised protests in metropolitans such as Johannesburg, Ekurhuleni and Ethekwini who have also not yet approved any wage increases.

In fact, there are a number of municipalities that have not approved salary increases and have already applied for exemptions.

The difference of course is that the Democratic Alliance governs Tshwane and SAMWU is affiliated to the ANC.

Notably, the Independent Municipal and Allied Trade Union (IMATU) the majority trade union in Tshwane has not felt it necessary to trash the city.

SAMWU is clearly driving a political agenda, likely at the behest of the ANC who are desperate to return to govern Tshwane.

The ANC’s campaign in Tshwane has been so dismally weak and fractured that they now have to rely on their trade union to campaign for them.

SAMWU’s tactics should be called out for what they are, with little over a week before the election, they are clearly trying to sabotage the work of the city to drive a political agenda on behalf of the ANC.