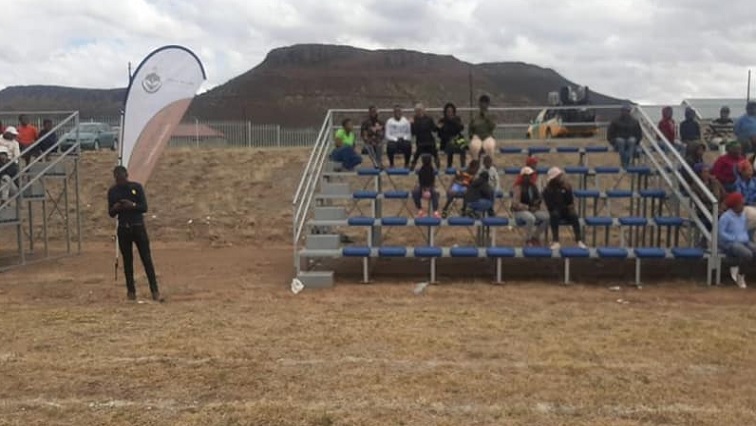 You can download soundbites in English and Afrikaans from Vicky Knoetze, MPL.

The R15 million Lesseyton sports field in the Enoch Mgijima municipality appears to be just the tip of the iceberg, as more and more questionable contracts by Thalami Civils are surfacing.

The Democratic Alliance can today reveal at least six other multi-million-rand contracts given to Thalami Civils which are of serious concern.

As part of our Tender Watch Eastern Cape initiative, the DA will be lodging a Promotion of Access to Information Act (PAIA) application in connection to all tenders secured by Thalami Civils.

Key projects that we will be reviewing are:

Discrepancies in the amounts allocated to the projects above have also been picked up, with the Mnquma municipality’s 2016/17 Annual Report listing the Centani Taxi rank at R6,8 million, the Theko Kona facilities at R4,4 million, and the Mpukane Community Hall at R3,6 million. This is in sharp contrast to Thalami Civils’s company profile, which puts the values at R64 million, R56 million and R35 million respectively. Thalami lists the Sakhisizwe sports field project at R7.5 million on their profile, whereas the municipality reported it as R5.4 million.

The Cafutweni Water Scheme project has been flagged, as another contractor who bid on the project has threatened legal action, after coming in at R22 million, against the bid of R41 million bid of Thalami Civils.

Earlier this week I, together with DA Shadow MEC for Economic Affairs, Jane Cowley MPL, conducted oversight at some of these projects.

From what we saw, there is no value for money being offered, and it would appear that these projects have been nothing more than a means to empty local municipal coffers of funds.

The Centane Taxi Rank sits in the middle of town and consists of slanted steel roof structures on pillars. There are three 60m2 structures and six 15m2 vendor stalls. On arrival, four of the stalls were closed, there was no electricity at the facility, and the fencing around the area had collapsed.

Toilet facilities at the taxi rank do not have water, so residents use water collected from a nearby open manhole to flush.

The Tsomo Taxi Rank in the Intsika Yethu Municipality has been flagged by local taxi owners as too small to use. The facility only has space for two taxis, while the rest of the space is loading zones that have no space for taxis to turn around in.

Two years after completion it is still not being utilised.

It was the Theko Kona Outdoor Sports Facility, however, that was the most heart-breaking illustration of how residents are being robbed of their futures.

The project is so far out from towns and villages, that it could only be found using GPS coordinates. There are no roads to the facility itself, with one having to drive over grass fields just to reach it.

There are two fields, of which only one could be deemed usable, a dilapidated netball court the surface of which is already crumbling, a 120m2 dressing room with no water or electricity, and a water tank that is not connected to anything.

While travelling to these sites, it was clear that the basic needs of residents in these areas are not being met. No running water, raw sewage flowing down potholed streets, no electricity and no jobs, yet these ANC-run municipalities deemed these multi-million-rand vanity projects more important!

Residents have not received value for money in these initiatives!

The DA will be lodging PAIA applications for all documentation relating to every tender awarded to Thalami Civils in the Eastern Cape at both local, district and provincial government level.

Once this documentation has been received, we will review it and will, wherever possible, follow up with criminal charges which may include theft, fraud, corruption and collusion.

Our public officials responsible for these tenders need to be held to account. At the very least this is wasteful expenditure. It is tantamount to blatant theft of public funds meant to improve the lives of our people!

In a capable state with a commitment to value for money projects, this would never occur. The DA is fighting to fix broken municipalities in a broken province.

Residents must be reminded that they can stop the rot! The power is in their hands to choose a government that puts the people first and gets things done, or to choose another five years of sub-par sports fields built in the middle of nowhere so that corrupt officials can steal their money!