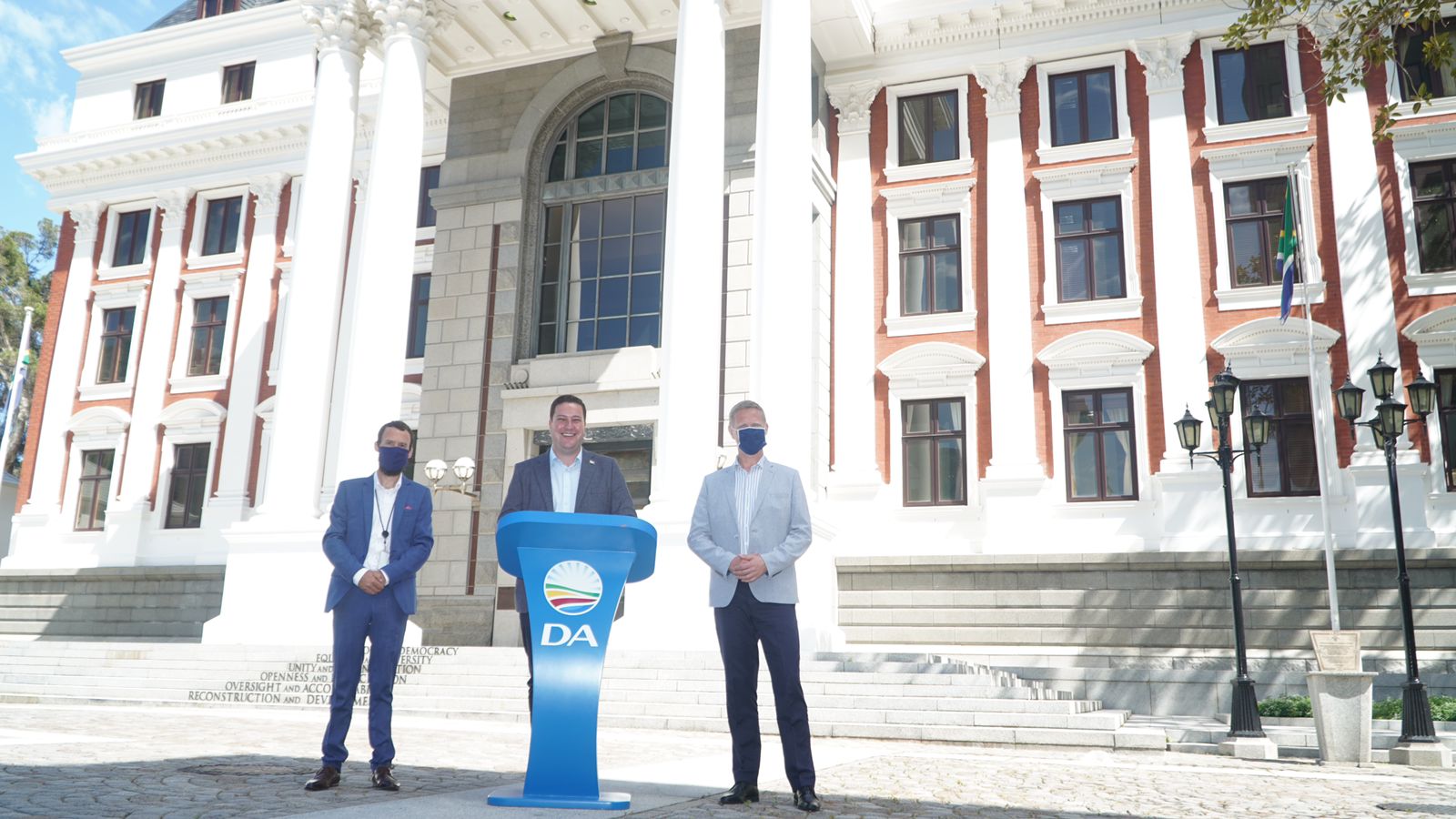 Today, the Democratic Alliance (DA) submitted a plan to Finance Minister Enoch Godongwana and the National Treasury that has the potential to revolutionise policing in Cape Town by bringing well-run law enforcement closer to the people.

In my current capacity as Shadow Minister of Finance, I have formally requested the National Treasury to create a brand-new municipal grant, financed out of the current VIP protection budget, to fund enhanced powers for local law enforcement and metro police forces in cities that have demonstrated that they have the capacity to run their own law enforcement operations.

The DA has consistently called for the R1.7 billion VIP protection budget to be slashed by at least half. South African taxpayers are currently forced to spend R8 million on bodyguards, weapons and equipment for each of the 209 so-called VIPs receiving personal protection. Under my proposed plan, R1 billion out of this R1.7 billion will be completely devolved away from VIP protection into the hands of competent metros, so that we can protect residents rather than politicians without costing taxpayers a cent in additional taxes.

This is the next important step along the pathway towards the DA-led City of Cape Town assuming more control over policing in Cape Town over time. The R1.5 billion Law Enforcement Advancement Plan (LEAP), which is jointly funded and managed by the Western Cape Government and the City of Cape Town, was the first step on this journey.

Today, we outline the next step.

The DA makes no bones about it: the proposal we introduce today is part of our long-term vision to devolve policing to competent metros and provinces, so that the South African Police Service (SAPS) ultimately becomes the Cape Town Police Service (CTPS). Ours is a vision of the future where residents in need call on well-trained and equipped officers from their local CTPS who understand the needs of Capetonians and who have all the powers and funding they need to independently prevent, combat, investigate and solve crime.

The past 27 years have proven that SAPS, which is managed from 1 500 kilometres away in Pretoria under a rotating rogues’ gallery of the corrupt and the inept, simply does not have the capacity to keep Capetonians safe. Despite this, there are still many excellent and hardworking SAPS officers. They should be the first to take up new posts in the DA’s devolved metro-based and provincial policing plan that must ultimately become the CTPS.

According to the latest figures released by National Treasury, Cape Town is currently entitled to 14.4% of the total equitable share funding made available to South Africa’s 8 metros. Using that same breakdown, I have requested that National Treasury begin annually transferring R144 million of the R1 billion redirected from the SAPS VIP protection budget to Cape Town for us to launch a pilot project to take over more policing functions from SAPS.

Initially, this funding can be used to:

Bheki Cele has proven over and over again that he will never be able to bring peace to the people of Manenberg, Hanover Park, Phillippi, Gugulethu and Grassy Park. Capetonianscannot afford for us to just keep doing the same thing and expecting different results.

If we are to ever win the war against crime, we have to fundamentally change the way we do policing by devolving power and funding away from the failing national government. There is no better place to pilot this revolutionary new approach to policing than right here in DA-led Cape Town, where our LEAP project has already led to the deployment of over 1 000 additional law enforcers.

DA-led Cape Town has demonstrated that we are serious about making Cape Town safer by fixing what SAPS has broken. With the support of voters on 1 November, we are ready to do even more to secure Cape Town’s future from criminals and the decline of SAPS.