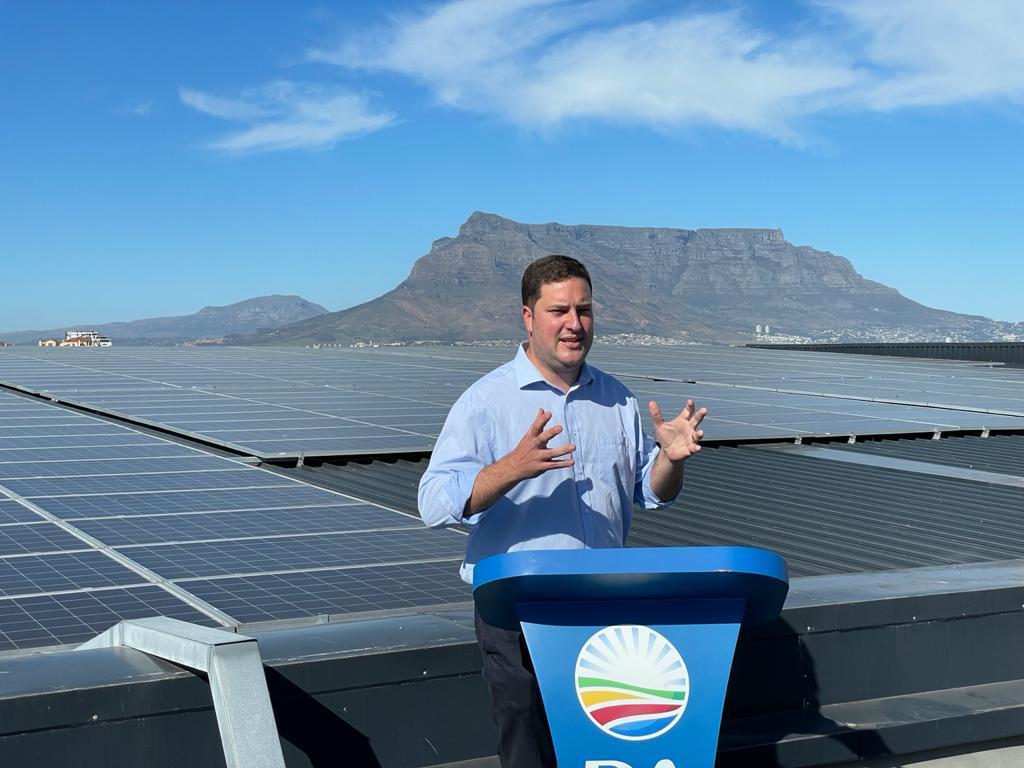 The DA is proud to today announce the fifth of our seven pledges to the people of Cape Town: we are ready to end load shedding.

Over the past thirteen years, Capetonians have demonstrated tremendous resilience in the face of the devastating load shedding crisis. In fact, so well has Cape Town learned to live with load shedding that too many of us have quietly given up on the idea of ever having a reliable and sustainable supply of electricity ever again. After more than a decade of broken promises by the national government, when the lights go out, many of us now dutifully light the candles or switch on the generator without even giving it a second thought anymore.

Load shedding is not normal

But load shedding is the single most urgent crisis faced by our country and city, and Capetonians dare never accept load shedding as “normal.” The inability of a society to provide enough electricity is completely abnormal in the year 2021. And the costs are simply too high to bear for a country with 75% youth unemployment.

During the last round of load shedding in June this year, South Africa lost R500 million per stage, per day. In just two weeks, R25 billion in value was wiped from the South African economy. Multiply this figure at least thirteen times over and add the hundreds of billions wasted on trying to keep the dying dinosaur called Eskom on life support, and one quickly sees that the collapse of Eskom has likely stolen just as much from South Africa as state capture.

But there is good news: by re-electing the DA on 1 November, the people of Cape Town will have the peace of mind knowing they have a government committed to ending load shedding and reducing reliance on Eskom. We are ready to prove to the people of this city – and to the rest of the country – that load shedding is not some fact of life that we must just quietly accept. Instead, it is time for us to stand up and protect our city from the failure of Eskom.

Thirteen years too late, the ANC national government finally admitted that their ideological obsessions with centralised state control has completely failed when reality finally forced them to amend the Electricity Regulation Act to enable municipalities to procure electricity directly from independent private producers. Recent amendments they were forced to make have also enabled private companies to install up to 100 megawatts of electricity without the need to obtain a licence.

These amendments have opened the door for well-run municipalities like DA-led Cape Town to work with the private sector to end load shedding by reducing our dependence on Eskom. The door is now wide open. And the DA in Cape Town intends to kick down that door to demonstrate what a future without Eskom and ANC central control looks like.

Under the DA’s 7-point plan to end load shedding in Cape Town, we will:

The people of Cape Town can rest easy knowing that this promise is credible and entirely doable, because years of maintaining and expanding the Steenbras hydroelectric scheme has already enabled us to eliminate one entire stage of load shedding in Cape Town. Our past track record at Steenbras and our present pledge to eliminate load shedding is, in fact, the perfect illustration of what the DA means when we say that Cape Town works, and that we are now ready to do even more.

Because load shedding is the most urgent crisis faced by our city, solving this crisis is also the single most powerful thing we can do to improve the lives of every single person who lives in Cape Town. Ending load shedding will be a nearly unprecedented win-win scenario in Cape Town. It is the single most important thing we can do right now to secure our city’s future against the collapse of the national government.

For business-owners, it will mean that the money currently spent on things like generators and diesel can instead be invested productively to expand businesses. The thousands of working hours lost to load shedding over the past thirteen years will be a thing of the past, which will directly translate into increased productivity and profits for the private sector.

In turn, the growth in private investment – along with the hundreds of companies that will move here as Cape Town becomes the only energy secure city in South Africa – will create thousands of new job opportunities for the people of Cape Town. I have already pledged to run the most entrepreneur-friendly administration our city has ever seen. This pledge, together with the undertaking I make here today to end load shedding, will trigger an economic boom that benefits all Capetonians.

But even more important is the fact that breaking Eskom’s stranglehold over our city will dramatically and immediately improve the lives of Cape Town’s poorest residents.

As an example, just think about how load shedding compounds the disadvantage suffered by a poor university student living in one of our city’s poorer neighbourhoods. After already struggling to make ends meet and attend class regularly while also working to support their family, this student comes home every night and is forced to study by the dim light of a candle when the power goes out. If they come home after dark, they are forced to walk home in fear of criminals from the bus stop or taxi rank, because load shedding has killed all the streetlights. And if they do heroically manage to graduate despite all of these challenges, they may not be able to find a job, because load shedding caused the company where they were going to work to shut its doors.

And if all of that is not enough, ending load shedding is also the single most impactful thing we can do to lower Cape Town’s carbon footprint as our contribution to the global effort to combat climate change. Largely thanks to Eskom’s reliance on dirty coal, South Africa is currently the 12th biggest source of greenhouse gases in the world, with Cape Town producing over 22 million tonnes of carbon dioxide per year. But 64% of this is due to our reliance on Eskom. Replacing our reliance on Eskom coal with renewable sources like solar and wind energy will enable us to significantly reduce Cape Town’s carbon footprint over the next five years.

Restoring a reliable and sustainable power supply that embraces renewable technology and over time lowers the cost of electricity will trigger an economic boom in Cape Town. Our poorest citizens will have better access to opportunities. Our streets will be safer. Our residents will find work in a growing economy. Our environment will be cleaner. Our entrepreneurs will expand and invest in their thriving businesses.

Breaking our dependence on Eskom by procuring and generating electricity locally is the first step in securing South Africa’s future against the collapse of the national government.

And it is right here, in Cape Town, that the DA will show what that brighter future looks like.