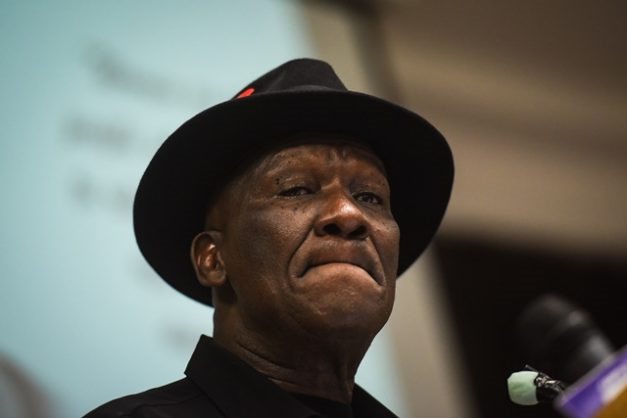 The Democratic Alliance (DA) calls on Police Minister Bheki Cele to resign in disgrace after his latest insult to the victims of crime in Cape Town. During a deranged rant on Friday that came in direct response to the DA’s protest march in Mitchells Plain against Cele’s plan to usurp Cape Town’s law enforcement powers, Cele tried to blame “potholes” for SAPS’ failure to combat hijackings in Cape Town.

Cele’s effort to blame “potholes” for the failure of SAPS to keep Capetonians safe comes at the same time that he is personally masterminding the ANC’s very own hijacking effort – to take away Cape Town’s law enforcement powers through his plan for a Single Police Service. This plan would limit the powers of Cape Town’s peace officers, move the law enforcement command-and-control structure away from the City and into SAPS, and take away Cape Town’s power to set its own local policing priorities.

Worse still, Cele essentially told the people of Cape Town to stop complaining about the way in which SAPS has systematically taken resources away from the most vulnerable communities in our city. As far back as 2018, the Equality Court confirmed that Cele’s ongoing effort to reduce SAPS resources discriminates against some of the poorest and most crime-ridden neighbourhoods in Cape Town.

The officer-to-citizen ratio in police precincts like Ravensmead (1:895), Grassy Park (1:800), Nyanga (1:682) and Gugulethu (1:642) is currently up to four times lower than the international norm of 1:225. In total, over the past three years, Cele has disgracefully cut police numbers in Cape Town by 551.

The DA rejects with contempt Cele suggestion that Capetonians should accept this unacceptable discrimination against our city. We will not simply stand back and allow Cele to put lives at risk as part of his long-standing effort to undermine the fight against crime in Cape Town. That is why, while Cele has cut policing numbers by 551, DA-led Cape Town, in partnership with the DA-led Western Cape, is deploying 1 100 additional local law enforcement officers under the Law Enforcement Advancement Plan (LEAP).

And we are ready to do even more. While Cele continues to play cheap politics with the lives of Capetonians by cutting SAPS resources, I have already pledged to deploy hundreds of additional law enforcement officers and fight for expanded local policing powers.

The people of Cape Town are tired of being failed by the national government. They are tired of a national police force that cannot and does not want to keep them safe, and a clownish police minister who blames potholes for his own failures and tells victims to stop complaining about crime spiralling out of control.

It is time for Cele to resign in disgrace so that the DA can build on the success of our LEAP program to take over policing in Cape Town.