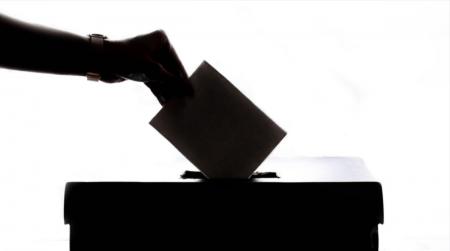 The DA is a party with a track record of excellence in service delivery and getting things done where we govern. While the EFF is a party of anarchy, violence and chaos.

While the DA will not, under any circumstances, cooperate with the EFF post-elections – we must warn voters that by voting for ActionSA they could well be opening the backdoor for the EFF in municipalities and metros across the country.

The DA can today reveal that ActionSA has a host of ex-DA members who have colluded with the EFF in the past and who could most certainly not hesitate to get into bed with the EFF despite the mandate they received from their voters.

Hermann Mashaba recently said that he would not go into coalitions without first consulting the voters. However, the DA can today tell voters that in 2017 Mashaba, as a DA member, used his position as Johannesburg Mayor to lobby for the EFF to be given the mayorship of Metsimaholo. He proposed giving away a municipality to the red berets to manage in exchange for support somewhere else. It must be noted here that the DA did not bend to his will, and eventually he left.

The DA is not in the business of releasing its internal information, but we have a redacted version of a letter – in which Mr Mashaba says to the DA Federal Executive (FedEx):

For his part, ActionSA’s John Moodey, while still at the DA in 2019, tried to convince the DA FedEx to give the EFF two senior positions within the Johannesburg government. To quote the minutes of that meeting, “The Gauteng leader, Mr John Moodey, proposed that the Party offer the EFF two positions on the mayoral committee and noted that it is unlikely that voters will notice or remember said appointments as MMCs are not well known.” The DA did not bend to his will, and he left to join ActionSA.

From these excerpts it is clear that the ActionSA leadership believe that the EFF is a crucial partner in the future of South Africa. The DA believes that voters have the right to know if the party they are voting for will allow their vote to push the EFF into positions where they will govern.

Why does that matter? Because the EFF is a threat to the future of South Africa. The EFF would much rather see our country divided along racial prisms for their own narrow political outcomes. The EFF thrives on violence and chaos. It is a party that wants control and expropriate the property and possessions of South Africans. And they want to come for South Africans’ pensions, medical aids and investments.

The DA calls on voters to use their power on 1 November to vote for a party that will protect their property rights, and defend the Constitution, the rule of law and a free market. There’s only one party that is big enough to take on the ANC and keep the EFF out and that party is the DA.