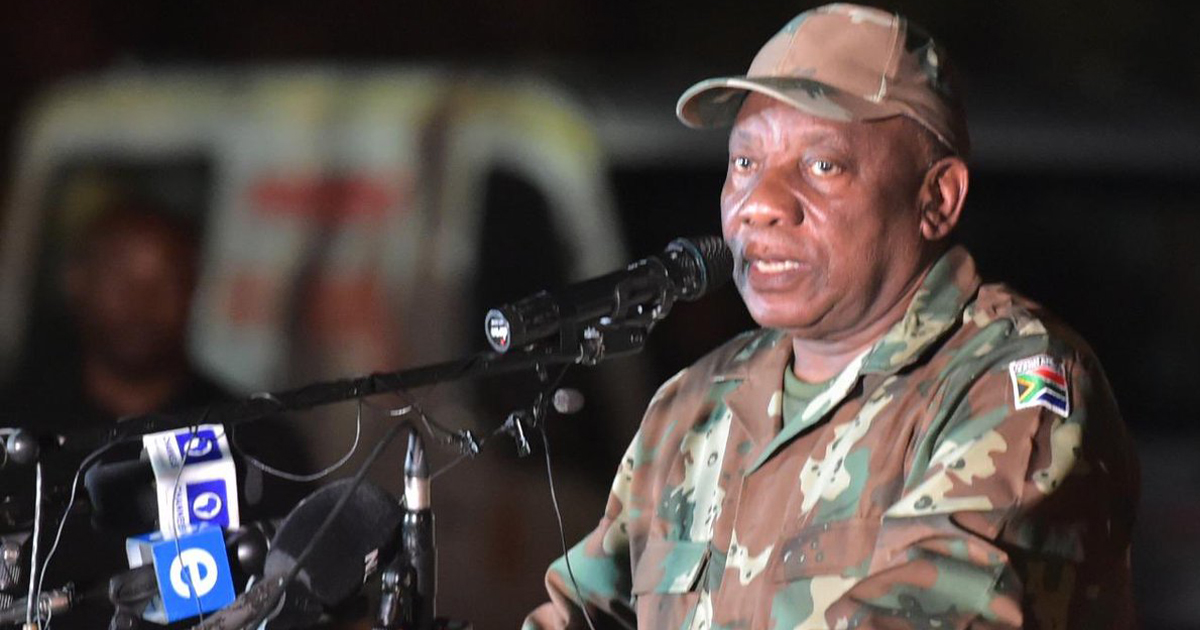 We repeat our call for President Ramaphosa to end the lockdown altogether, to save livelihoods. People are suffering and jobs continue to be lost unnecessarily to senseless restrictions that have long since been ignored by his own party. President Ramaphosa and his government appear not to grasp the severity of our jobs crisis that has produced the world’s highest recorded unemployment rate of 44%.

Only the most callously uncaring leaders would continue to force job-destroying restrictions on law-abiding people while breaking those rules themselves, as the ANC did yet again in its manifesto launch last week where there was not even an attempt at mask-wearing, social distancing or limiting the gathering to 500. This is hypocrisy of the worst order. All those who broke the law should be prosecuted like all the ordinary people who have been charged for lockdown violations in the past 18 months.

We also repeat our call for an end to the State of Disaster, which is enabling corruption by allowing government departments to bypass stricter financial control measures. The SIU report into the Digital Vibes scandal shows exactly why the State of Disaster must be ended immediately, and why the ANC are so reluctant to do so. Corruption with impunity is the only thing holding his party together. Which is why President Ramaphosa dragged his feet on making the Digital Vibes report public, and failed to condemn Zweli Mkhize, praising him instead for “serving our nation well”. It is not enough for those involved in this scandal to lose their jobs. They too must be prosecuted and jailed if found guilty.

There is no justification for continuing the lockdown and the State of Disaster. Covid cases are decreasing across all nine provinces, every adult has by now had ample opportunity to get vaccinated, and people are well aware of the precautions they need to take to manage the risks they face. South Africa’s economy will not recover while the threat of irrational restrictions imposed with no notice at all continues to hang over people.

Businesses require certainty and must no longer be held ransom to the whims of people who have no idea how jobs are created and whose own jobs are secure no matter what. Government should rather focus its efforts on educating and encouraging people on the safety and good sense of taking the vaccine. A well-run vaccine drive will be far more effective than a mandatory vaccination policy.

Furthermore, lockdown restrictions simply tilt the electoral playing field for those willing to break the law, undermining the prospects for a free and fair election.

For the sake of millions of South Africans who’ve been plunged deeper into poverty and face an incredibly uncertain future, end the lockdown and the State of Disaster now, Mr President, and stop with your party’s corruption vibes.

South Africa needs “Phuma ANC” weekends so that on 1 November, we can start moving the country to Adjusted ANC Level Zero.