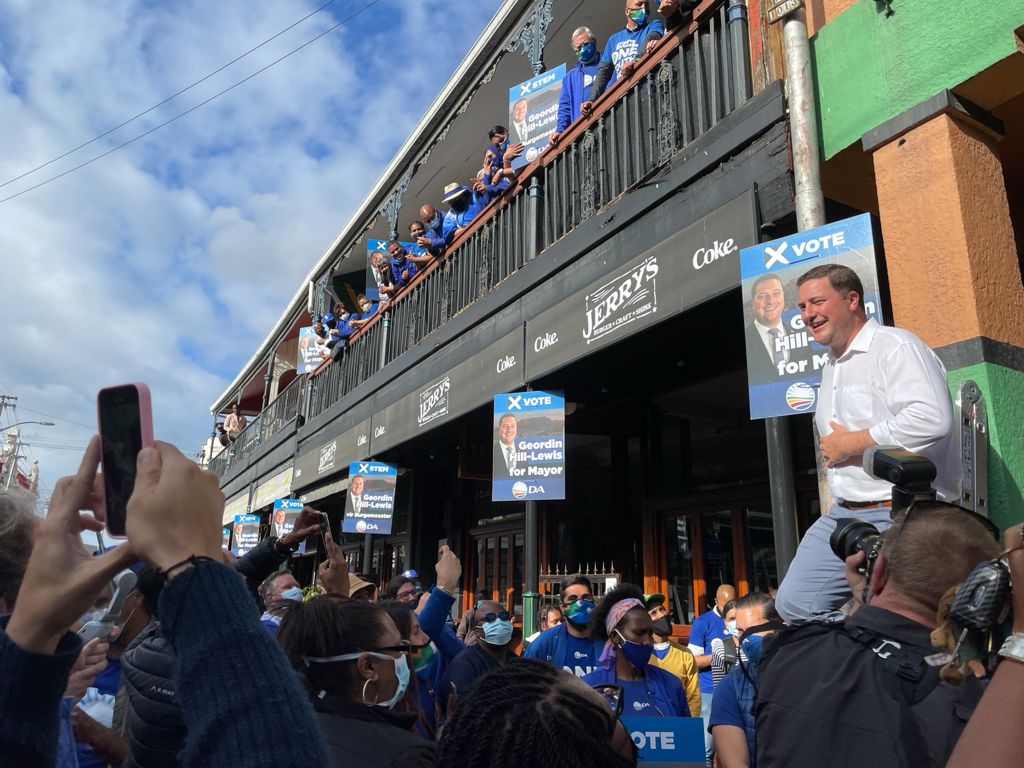 Pictures from the poster event are attached here, here and here.

Our message on these posters – “Cape Town works. Let’s do more” – speaks to the DA’s broader election message of a record of delivery and a promise of more. It confirms what the people of Cape Town already know – that the DA gets things done – and asks them to entrust the DA to step this up another gear over the next five years.

The past three uninterrupted terms of DA government in the Cape Town Metro have afforded us the opportunity to implement the DA’s long-term vision of a city that works for its residents, but we know there is potential to do even more.

We know where our opportunities and our challenges lie, and we’re not afraid to get stuck in and do the hard work. Cape Town may already stand head and shoulders above all other metros, but this is not good enough yet. We will do even better over the next term.

Our candidate for Mayor in the City of Cape Town, Geordin Hill-Lewis has already taken his vision for Cape Town to many different communities over the past two weeks and the reception has been extremely positive. There is a genuine belief that Cape Town’s best is yet to come, and that Geordin has the vision and the drive to take the metro to greater heights.

What today’s poster flighting also says is that the DA is ready to contest these elections, unlike almost every other significant party in the country, and particularly the ANC. While they have been fighting to get the elections postponed, struggling to finalise their lists amid the usual violence that accompanies this and battling to pay their staff salaries for months, the DA has already hit the campaign trail across the country.

Our preparations started over a year ago when we began our candidate selection process, and we are proud to have submitted a candidate in every ward in South Africa for the first time in these elections. Unsurprisingly, this was all completed well ahead of the cut-off time and our deposits paid on time, leaving us free to focus on our campaign.

One of the most important parts of this process takes place this coming weekend as South Africans get to register themselves correctly to vote in their wards on November 1. DA staff and public representatives have already spent many months assisting voters with this, and this registration weekend presents the final opportunity to ensure that you appear on the voter’s roll in the ward where you live.

I urge every South African over the age of 18 to check their registration status ahead of the weekend and to then ensure that they are eligible to express their democratic choice in seven weeks’ time. There is only one chance every five years to use the power of the vote to determine the future for your town or city, and it is critical that this choice is expressed by as many citizens as possible.

Once correctly registered, we invite voters to get to know their mayoral candidates as well as their ward candidates. Hear what they have to say about the DA’s vision and ask them questions. There is nothing more powerful in a democracy than an informed and engaged citizen.