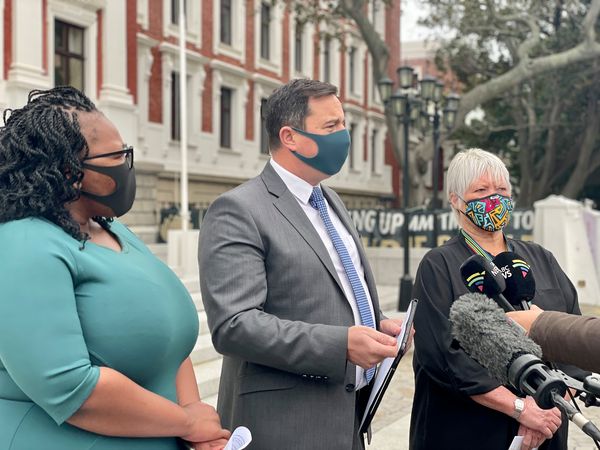 I have today applied to the Gauteng High Court to review and set aside Correctional Services Commissioner Arthur Fraser’s decision to place Former President Jacob Zuma on medical parole.

I believe the decision is unlawful for at least two reasons.

First, it was taken against the recommendation of the Medical Parole Advisory Board not to grant medical parole to Mr. Zuma.

Second, it was taken for an ulterior purpose not permitted by section 79 of the Correctional Services Act and Regulations (which govern the granting of medical parole), and not rationally connected to the purpose of medical parole or the information before the Commissioner.

Mr. Zuma was imprisoned for contempt of court so serious that it constituted a near-existential threat to the authority of the judicial system. In the words of the Court:

Fraser’s parole decision harms the court in exactly the same way that Mr. Zuma’s contempt of court did. It again makes a mockery of the judicial process, sending the message to every South African that, as long as you are powerful and politically connected, you need not fear punishment for breaking the law. If you are sent to prison for your crimes, you will be let out well before the end of your sentence on “medical parole”.

It is a terrible indictment on President Ramaphosa that he not only failed to speak out against this egregious decision, but that he openly welcomed it.

Worse still, he facilitated it by deploying the deeply compromised Arthur Fraser to the position of Commissioner of Correctional Services in the first place.

President Ramaphosa transferred Arthur Fraser from his position as Director-General of the State Security Agency to the post of National Commissioner of Correctional Services in 2018, knowing full well the many crimes Fraser stood accused of, including the parallel intelligence network he set up to serve Mr. Zuma’s personal interests.

The ulterior purpose of placing Mr. Zuma on medical parole is, of course, a desperate attempt to placate the Zuma faction of the ANC ahead of the election.

Since 1998, we have warned South Africa that cadre deployment will destroy South Africa. Back then, we were derided as alarmist. Now, the evidence lies all around us.