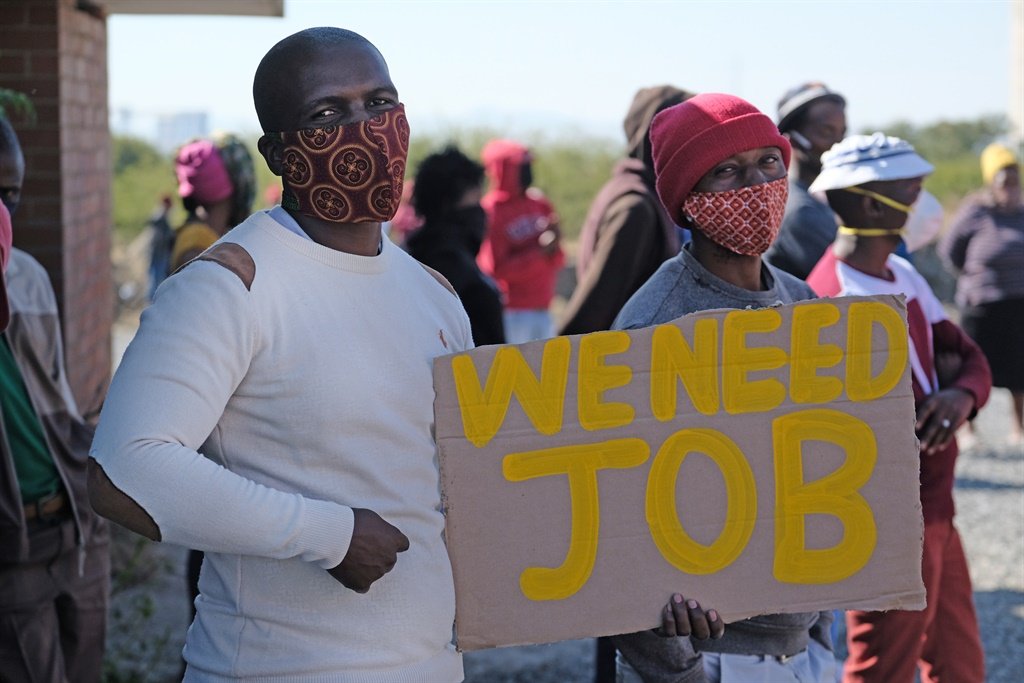 If this week’s headlines – that South Africa now has the highest unemployment rate in the world among 82 countries monitored by Bloomberg – does not act as a kick in the rear of this government and spur them into bold action on job-enabling reform, they have no business being in government. Then they should clear out and let a real government step in and fix their mess.

Officially, 34.4% of South Africans are without work. But when you include the “discouraged” job-seekers – the real long-term victims of this unemployment pandemic – that number shoots up to 44.4%. And when you look at the youth segment alone – defined here as below 24 years old – a staggering 74.8% cannot find jobs.

There is no spin that can begin to sugarcoat this disaster. No amount of blaming the pandemic, blaming the riots, blaming foreigners, blaming white monopoly capital, blaming the Zuma administration or blaming apartheid can explain why ours is not only one of the least pandemic-resilient economies in the world, but also one of the worst-performing economies even before anyone had heard of Covid-19.

There is also no reasonable explanation for why the so-called reformer president cannot get his supposed reform agenda out of the glacial gear it’s stuck in. Our continents will reunite in Gondwanaland and he will still be busy “consulting social partners” on what needs to be done.

Not that he needs any further consultation to know what to do. Every expert, every economist, every financial columnist has been shouting the answer at him since the day he stepped into office: Governments don’t create jobs, businesses create jobs. Become a partner to your job creators, stop treating them like the enemy, stop making it near impossible to get a new business off the ground and stop doing everything in your power to chase new investment away. Start weighing up every single policy and regulation by its likely impact on jobs and nothing else.

And this advice has not only been dispensed locally. Globally, more and more are joining the chorus, imploring the ANC to be less ANC-like, to step into the 21st century and to put what The Economist now calls “bad ANC economics” behind it. The very same Economist who you might remember came out to bat for the ANC in the build-up to the 2019 elections. But it seems they’ve had their Damascus moment and have, quite rightly, put the blame for our economic misery and jobs bloodbath squarely on disastrous ANC policy.

In a piece published in July titled “End of the line for ANC economics”, The Economist identifies, among others, the crony enrichment scheme disguised as Black Economic Empowerment, the central control of ports, rail and power generation, and inflexible labour laws that shut smaller players out as some of the policy failures that have had the greatest impact on our shrinking economy. They’re dead right, of course, but it really would have helped if they’d had this insight before endorsing the party in the last election.

Still, it’s better late than never, and it’s a message our government needs to hear over and over until it registers. We won’t make a dent in these unemployment numbers with mindless talk shops and consultations. We won’t make a dent by shuffling the same threadbare cabinet around in a dozen new configurations. And we certainly won’t make a dent by pursuing an economic worldview abandoned everywhere else three decades ago. What President Ramaphosa needs to do is step out of the Cold War era and into the shoes of the people directly impacted by his party’s deadbeat policies.

He needs to put himself in the shoes of the small business owner who cannot possibly comply with the wage agreements reached between government and big business and eventually has no choice but to first lay off staff and then close the business down. Or the small supplier trying to do business with the state but whose company eventually fails because government simply won’t pay invoices.

He needs to put himself in the shoes of the potential international investor who takes one look at the BEE scam, the mining charter, the threat to expropriate private property without compensation, the unreliable electricity supply and the inability of the state to protect businesses against lawlessness and looting, and says: no thanks, I’ll rather put my money elsewhere.

He needs to put himself in the shoes of any one of the roughly 12 million desperate, mostly young, job-seekers who have no future to look forward to because they are not only unemployed, but thanks to one of the world’s worst-performing education systems, also virtually unemployable.

If he’d walked just a few steps in their shoes, he’d see exactly where SADTU-controlled education has left a generation of children, and he would immediately make plans to limit the union’s toxic reach in schools. He would know that auctioning off spectrum to bring down data costs is an urgent requirement for keeping this generation connected, and he would know that most of them would happily be exempted from the minimum wage if it meant a job.

If he’d put himself in the shoes of any of the restaurant owners or liquor merchants wiped out by the past 18 months of on-off regulations, he would not have signed off on any of these damaging restrictions drafted and gazetted by people with no skin in the game and who’ve never had to go a day without a salary.

None of these things are a secret. None of these ideas are new or revolutionary. President Ramaphosa and his government have known for years that opening up the energy market and allowing independent power producers to sell directly to municipalities would boost electricity production and, along with it, our economy. They’ve known for years that our failed rail network and ports have dragged our economy down, and that these need to be at least part-privatised to work properly.

And they’ve known for decades that deploying useless but politically loyal cadres to key positions in the state is killing our country. But yet they persist with all these things, because that’s what it says in their little ideological playbook. That’s the party they are.

We need to start being honest about what the ANC is if we want a different outcome for our country. If the obvious solutions to this unemployment disaster – the things just about everyone has been calling for – are at odds with their sworn ideology, it is the ideology that needs to compromise, not the solutions. And if that can’t happen, then the government itself must make way for one that understands what it takes to grow the economy and create jobs.