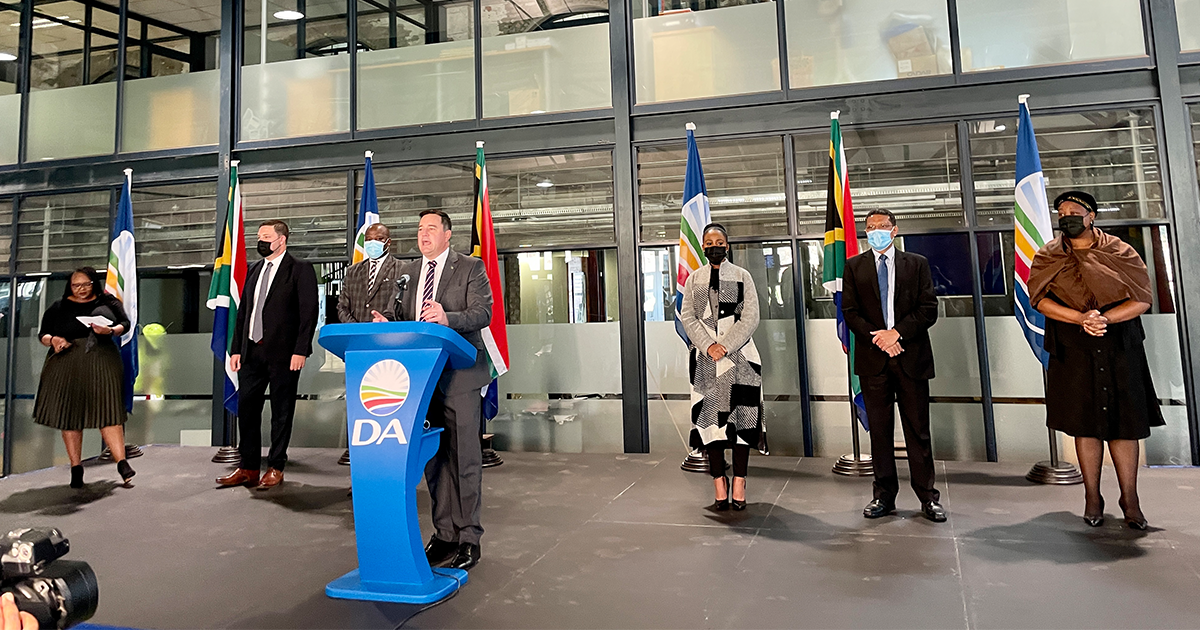 The DA is proud to confirm that we have timeously submitted our full candidate lists to the Independent Electoral Commission (IEC) by last night’s 21:00 deadline.

We are especially pleased to announce that for the first time in the DA’s history, we have selected and placed a candidate in every single ward in South Africa. In this year’s Local Government Election the DA is challenging for every Ward, and presenting a Ward candidate to every voter across the country.

Placing a candidate in every ward speaks to our complete national footprint, both as the official opposition of South Africa, and the only party that can truly beat the ANC.

Other smaller parties, who are not challenging in every Ward, do not have the footprint, the size and the might to beat the ANC, stop the rot, restore hope in the future, and get things done.

This is proof of the DA’s ongoing growth and steady momentum, towards success in the upcoming elections.

The DA’s election campaign was progressing at full steam yesterday with DA Leader, John Steenhuisen, announcing the Party’s mayoral candidates for Ekurhuleni, Tshwane, Johannesburg, Nelson Mandela Bay and Cape Town in the upcoming Local Government Elections. We are thrilled with the positive and hopeful reception our Mayoral Candidates have received so far.

In this election the DA is proud to present a team of candidates who have been selected through a rigorous selection process, over the past almost two years.