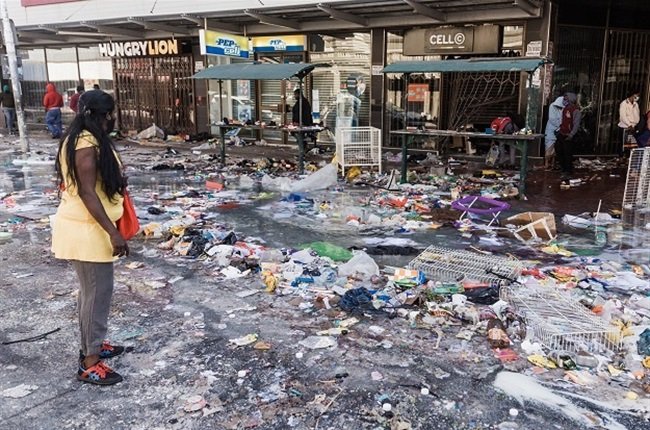 The DA has drafted a letter of demand-template to the Minister of Police, Bheki Cele, and President Cyril Ramaphosa to be used by individuals who have suffered loss and damage due to the inactions of the South African Police Service (SAPS) during the riots last week that caused wide-scale devastation to businesses in KwaZulu-Natal and Gauteng.

Members of the public can use this template to claim damages from SAPS in terms of section 3 of the Institution of Legal Proceedings Against Certain Organs of State, Act 40 of 2002 for businesses that have been destroyed and products that have been looted because the police ultimately failed in their Constitutional mandate to protect businesses from the damage caused by looters. The DA is making this pro forma available to assist those members of the public who suffered damages to be able to formally and timeously inform the State of their intention to claim damages in those cases where Sasria fails to fully compensate them for the damages suffered.

The police failed to act in a timely manner to indications of the looters’ intent to bring South Africa to its knees. Not only did SAPS fail to foresee that the violence incited and encouraged on various social media platforms would lead to widespread anarchy, but by they also reportedly ignored warnings from the intelligence communities. And as the police struggled to curb the violence, thousands upon thousands of jobs went up in flames and communities had to protect themselves against dangerous criminals intent on destruction at any cost.

The top structures of SAPS did not only fail to protect businesses and law-abiding citizens, their poor planning and grasp of the situation that failed to have enough feet on the ground also put SAPS officers’ lives in danger.

The DA urges the public to complete this letter and submit it to SAPS and the President. Many of the destroyed businesses did not have sufficient insurance and would be dependent on the damages owed to them by SAPS to try and get back on their feet.